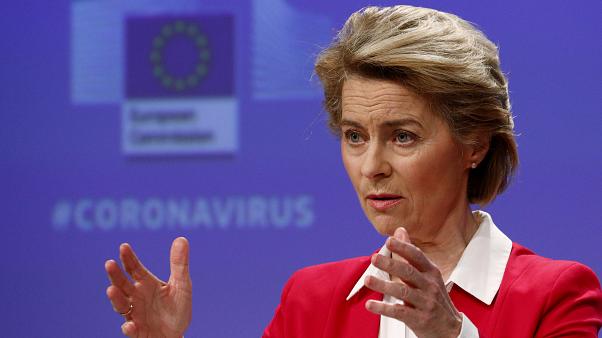 The European Union has announced that it will begin the process of triggering legal action against the UK after Boris Johnson’s government announced plans to break the terms of the Brexit deal the two sides agreed last year.

The UK government acknowledged that doing so was a breach of international law, with Northern Ireland Secretary Brandon Lewis telling the House of Commons that it would break international law in a “very specific and limited way.”

The European Union called on Johnson’s government to remove from the legislation clauses that would break international law. However, the UK prime minister refused to do so and is set to secure parliamentary approval thanks to his commanding House of Commons majority.

European Commission President Ursula von der Leyen on Thursday morning said “the problematic provisions have not been removed” and “therefore the Commission has decided to send a letter of formal notice to UK government. This is the first step in an infringement procedure.”

Johnson’s UK government has one month to respond to the EU, von der Leyen said in a statement.

“As you know, we had invited our British friends to remove the problematic parts of their draft Internal Market Bill by the end of September,” the European Commission president said.

“This draft Bill is – by its very nature – a breach of the obligation of good faith laid down in the Withdrawal Agreement.”

She added: “Moreover, if adopted as is, it will be in full contradiction to the Protocol on Ireland / Northern Ireland.”

A UK government spokesperson said: “We will respond to the letter in due course.

“”We have clearly set out our reasons for introducing the measures related to the Northern Ireland Protocol. We need to create a legal safety net to protect the integrity of the UK’s internal market, ensure Ministers can always deliver on their obligations to Northern Ireland and protect the gains from the peace process.”

The row revolves around the UK government’s plan to disapply parts of the protocol agreed for Northern Ireland, which states that the province will continue to follow EU trading rules from next year in order to avoid a controversial hard border between Northern Ireland and the Republic of Ireland.

This new arrangement creates the need for checks on goods going across the Irish Sea between Great Britain and Northern Ireland and UK and EU officials are currently negotiating how these will work in practice.

However, the Internal Market Bill would give the government the power to unilaterally disapply parts of this arrangement— specifically checks on goods going from Northern Ireland to Great Britain and EU state-aid rules.

The UK government’s plan has also caused consternation in the US, with Democratic presidential candidate Joe Biden, House Speaker Nancy Pelosi, and other senior lawmakers across the Atlantic warning that any US-UK free trade deal after Brexit hinges on the UK government upholding the Northern Ireland protocol.