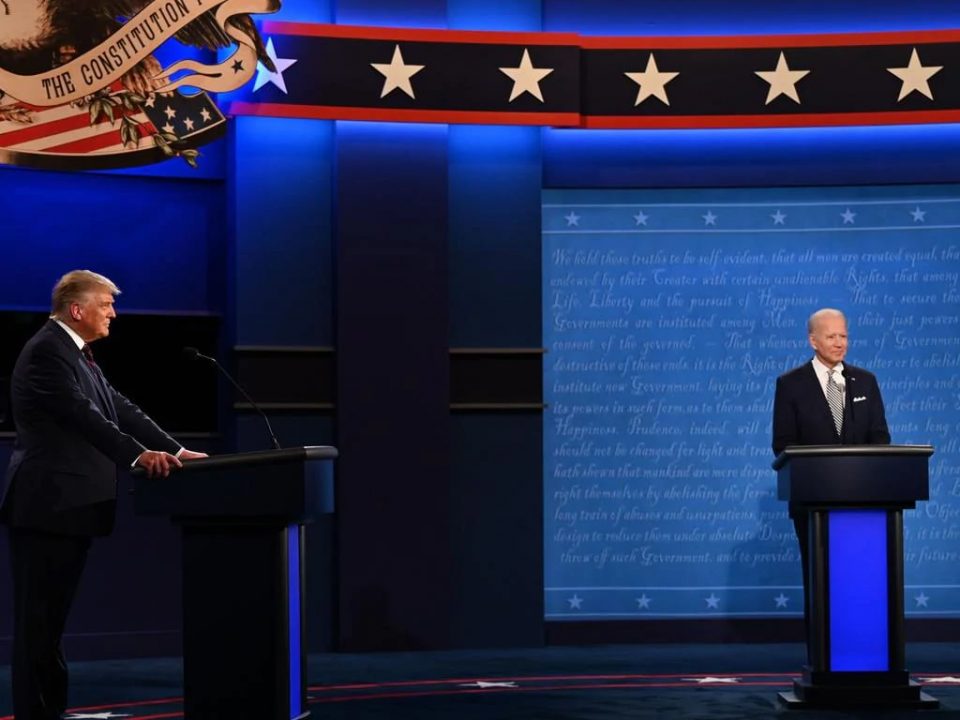 Almost a month is left before Americans choose their next president. But the way it looks, the world may be better off preparing for four more years of Donald Trump. The Republican president is fighting a re-election, a referendum on his first stint in the office. But he looks more like a challenger, peddling grievances, allegations and fright as he goes along, hoping his rival’s voters will just get switched off and stay home.

The opponent is taking the high road, but it may not work. During the first presidential debate held yesterday, it was Joe Biden, the Democratic nominee to replace Trump, who was doing a whole lot of defending on his past track record as US senator and vice president. The debate was a low point, thanks mainly to Trump getting out of control, lobbing insults at Biden and coming at him full of combative energy.

Biden, on the other hand, had a mixed performance, and that’s a courteous take. He looked composed in the debate, but his message on key issues was compromised by his rather average delivery. That’s why very few of his jabs landed on target. Against Trump’s confrontational tone and fiery looks at this melee, Biden mostly refused to engage. He could have prosecuted the case against Trump better. While Trump threw a lot of red meat to his base, Biden did nothing to ingratiate himself with the left. Enthusiasm is key!

On paper, it is Biden’s election to lose. He is leading in the polls. He has built a diverse coalition of likely voters. He has laid out plans for economic recovery. He has been racking up influential endorsements. His VP pick in Kamala Harris is a potential asset. More than that, the Covid fatigue in American society and economy – thanks to Trump’s bungled crisis response that has become the object of global ridicule – should work to put Biden in the Oval Office. But Biden has been defensive. Hard to say if it is strategic.

Upcoming polls will tell which candidate gained ground over the other. There are two more debates in October before voters cast in-person votes November 03. And Biden will need to up his game in those encounters if he wants to carry battleground states and independent voters that decide late. (Seeing the devolved manners in first debate, some folks are even advising to call off the next two). With a 45 percent job approval, Trump looks really competitive at this stage. The race will get tighter, but at Biden’s expense.

But there is a bigger worry, an existential one. A peaceful transition of power has been called into question by Trump. Nothing destroys a democracy more than creating unnecessary doubts over election integrity. Now, it’s a sitting American president sowing confusion over legitimacy of the polls. Covid-19 has raised the demand for mail-in votes, making it possible that a winner may not be announced on election night, for millions of mail-in ballots will need to be counted over several days.

If Trump declared victory on election night based on results of in-person voting (it is something which he has repeatedly vowed to do), then expect months of chaos, and years of discord. This will have consequences, not just for America but also for the rest of the world. Trumpism has already weakened multilateral cooperation system that secured unprecedented degree of peace and prosperity in the world. Pandemic politics was a trailer. Four more years of what is fast revealing itself as a fascist ideology will provoke deadlier conflicts and crises, and the world will be poorer for it. Biden must step up, but can he?