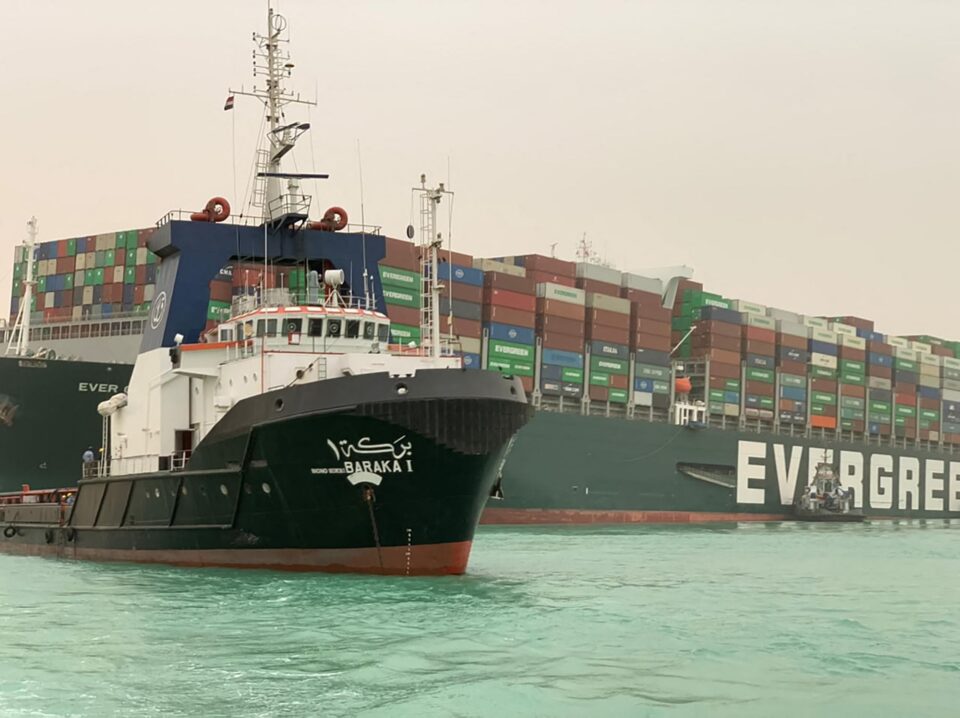 Traffic along one of the world’s most important trade routes has been at a standstill since the MV Ever Given ran aground. Each day, the blockage is delaying goods worth some $9 billion from passing through the waterway.

Traffic in the Suez Canal remains suspended as authorities work to free one of the world’s largest freight ships which has run aground in the vital shipping route.

More than 200 large container ships, tankers carrying oil and gas and bulk vessels hauling grain, have backed up at either end of the canal as efforts to dislodge the MV Ever Given were still underway.

It may take “weeks” to free the Panama-flagged container ship, which is roughly the size of the Empire State Building in New York.

“We can’t exclude it might take weeks, depending on the situation,” said Peter Berdowski, CEO of Dutch company Boskalis, one of two salvage companies trying to free the vessel.

“It is like an enormous beached whale. It’s an enormous weight on the sand. We might have to work with a combination of reducing the weight by removing containers, oil and water from the ship, tugboats and dredging of sand,” he told Dutch television program Nieuwsuur.

With the bow plowed into one of the banks of the canal, an excavator has been put into service and dredgers have tried to clear silt around the ship. Up to nine tugboats, hugging the sides of the ship, are trying to gain momentum to bring the ship afloat.

The 400-meter (1,300-foot) long and 59-meter wide vessel is lodged sideways, making it impossible for other ships to pass along the narrow stretch of the canal.

Ships already stuck behind the Ever Given will be reversed back to Port Suez to free the channel, said management firm Leth Agencies, which provides services for the canal.

Licensed Captain John Konrad, who is also the founder of the gCaptain maritime news website, told DW Friday there is some hope that the ship could be dislodged next week.

“There’s a lot of hope that next week in the high tide they can get some fuel out and they can do what they’re calling a back twist where they corkscrew it out backwards after digging and dregging both ends,” Konrad said.

“If that doesn’t work, they have to bring in fuel barges, take out the fuel, and then somewhere in the world, they have to find gigantic cranes on barges tall enough to reach those containers and start removing the weight so they can float it up higher,” he continued. 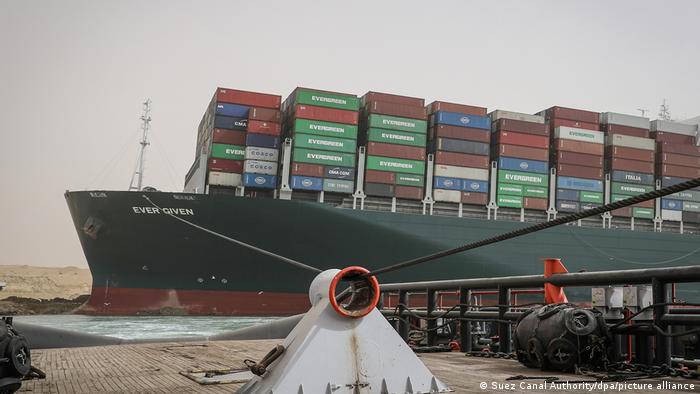 What caused the blockage?

The ship “accidentally ran aground after a suspected gust of wind hit it,” said the ship’s operator. The incident occurred at around 7:45 a.m. on Tuesday, said Bernhard Schulte Management, a vessel management company.

Egyptian forecasters said high winds and a sandstorm plagued the area Tuesday, with winds gusting as much as 50 kilometers (30 miles) per hour.

“Initial investigations rule out any mechanical or engine failure as a cause of the grounding,” said Leth Agencies.

Acknowledging the global turmoil caused by the blockage, the ship’s owner has issued a formal apology. “We would like to apologize to all parties affected by this incident,” said Shoei Kisen Kaisha Ltd. in a statement.

The Ever Given is currently facing “extreme difficulty” in refloating the ship, the owner said.

“When a vessel runs aground Suez Canal officials are alone empowered to order and direct all operations required to get the vessel afloat,” according to the Suez Canal Authority Rules of Navigation.

“Nevertheless managers remain responsible for all damages and accidents of any kind,” it added. 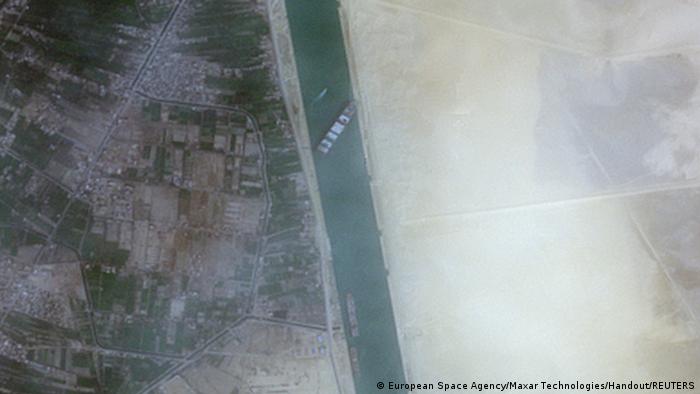 The canal, through which around 10% of global maritime trade flows, provides a crucial link for oil, natural gas and cargo being shipped from the East to the West. Close to 19,000 ships used the canal last year, carrying more than 1 billion tons of cargo, according to the Suez Canal Authority.

Lloyd’s List, a famed shipping journal, estimates that the closure will prevent goods worth some $9 billion (€7.6 billion) from passing through the waterway each day.

A.P. Moller Maersk, the world’s largest container shipping company, said it was considering diverting vessels around Africa’s Cape of Good Hope, adding five to six days to the journey between Asia and Europe. Other time-sensitive cargo could be sent by trains and airplanes, it said.