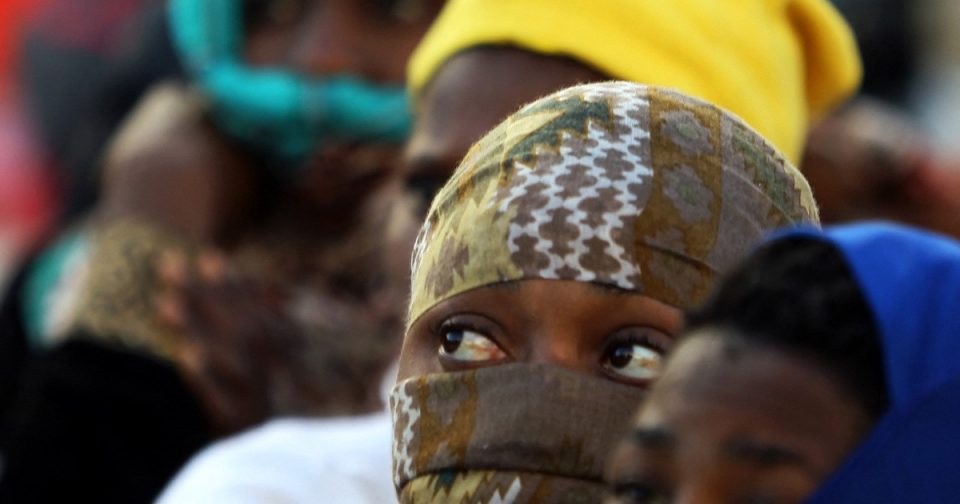 African Migrants Auctioned Off As Slaves By Smugglers In Libya

A group of young Somali migrant girls housed in a government-run detention center in Libya have accused the guards at the facility of sexual assault. The teenage girls were rescued in February this year by Libyan security forces and have been in custody at the Shara al-Zawiya center located in Tripoli. In April, one of the girls came forward and told the media that she had been raped by a guard.

According to the Associated Press, the 17-year-old girl whose identity has been kept anonymous, had already suffered at the hands of human traffickers who abducted her, kept her imprisoned and sexually assaulted her in the past two years prior to her rescue.

After the eight teenage girls were rescued, they were brought to the Shara al-Zawiya facility. Four of the girls were later released but the reasons for this are still unclear. The teens are the only migrants being kept at Shara al-Zawiya, which only houses migrants for only short periods while they are being processed.

UN agencies and rights groups say that while human smugglers and traffickers in Libya have long been notorious for torturing migrants, abuse has also been reported in DCIM-run facilities. Vincent Cochetel, the UNHCR’s special envoy for the Central Mediterranean said there are have documented cases of rape in both DCIM detention and prisons for traffickers, with some even getting impregnated by guards and giving birth during detention.

The 17-year-old girl said the sexual assaults against her have continued, however, now it is committed by guards at the rescue facility. She claims that she and four other Somali teenagers are undergoing similar abuses and are pleading to be released from the Shara al-Zawiya center.

The abuse occurred one night in April, just around midnight, when she asked a guard to let her use the toilet. When she had finished, the guard allegedly attacked her and grabbed her. He assaulted her while she cried and pleaded for him to get off her. When he was done, the guard ordered her to clean her clothes and returned her to her cell.

She went back to her cell and told one of the girls what had transpired and later on learned that she was not the only victim. All the girls detained in the facility had each experienced similar abuses by the guards.

“Every day they do this,” one of the girls revealed. “If you resist, you will be beaten or deprived of everything.”

More allegations are pouring in as girls from the center have started to come out and share their ordeal. Local rights group Libyan Crimes Watch as well as the United Nations reported that at least two of the girls attempted to kill themselves in late May, following alleged beatings and attempted rapes.

One of the girls, a 15-year-old, was taken to the hospital on May 28 and treated by doctors only to be returned to the detention center.

The UNHCR said it was working with Libyan authorities for the release of the five young women still detained at Shara al-Zawiya and as well as their subsequent evacuation from Libya.

As it is, rights groups have also documented the lack of basic hygiene, healthcare, food and water at some of the 29 DCIM-run centres around the country. This is despite the support they receive for supplies and training, through the European Union’s $5.1 billion Trust Fund for Africa.

Polls open in Ethiopia as PM party expected to win