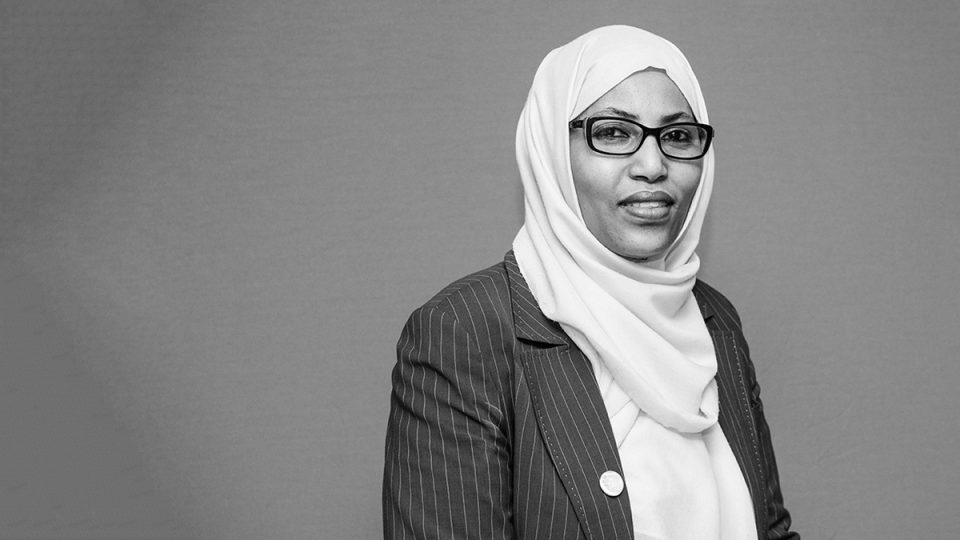 I was a Labour Councillor for nine years and the Mayor of Islington for one year. Now I’ve joined the Conservatives. It’s time more people knew why.Let’s start at the beginning. I was born in Somalia, a country plagued by violence and lawlessness, a country so dangerous that I needed to escape. I arrived in London as a refugee looking for a safer, better life.I fell in love with this city straight away. I fell in love with the people, the surroundings, the belief in fair play, in doing the right thing, and working hard. Trust me when I say it’s a completely different life to the one I escaped. I managed to go to university and become the first hijab-wearing Somali councillor and Mayor in the UK.

After all, my experience means I understand London’s problems. My attachment to this country means I care deeply about the issues Londoners face. But my race meant Labour only ever saw me as the black candidate, one there to tick a box.

This may upset some people in Labour. Sadly, I’ve learned that the truth often upsets people in Labour — from some MPs in Parliament, to some members who aren’t as kind and gentle as they claim to be. The fact is I was made to feel like a token candidate, someone picked not for my principles and values and long-standing community activism, but for the colour of my skin. Someone who was supposed to be seen and not heard. And that’s not Rakhia Ismail.

These weren’t just one-off incidents. They happened all the time. In 2019, I was invited to Labour’s first National Women’s Conference. The invitation they sent listed my address as ‘Somalia’. This can’t have been an accident, given I’d never listed my address as Somalia. It was an attack on a woman of colour who had been picked to prove Labour’s diversity but had turned out to have a mind of her own with vision and courage.

And while the Labour Party are very quick to accuse others of racism, they’re much slower to see it in their own ranks. Islamophobia is rife in Labour. As the UK’s first hijab-wearing Mayor, I wanted to organise a celebration for Eid in 2019; Labour bigwigs managed to cancel it, crushing the hopes of thousands of young British Muslims in Islington. I was fighting a party that virtue signals on issues such as race but in reality, take no action to address inequalities.

I’m not someone who believes in just doing what she’s told. Would you stay quiet when Londoners are worried about their safety? Would you ignore the countless times that some elected Labour representatives discriminated against a woman of colour? I thought I had joined the party of fairness and equality. But I realised I’d joined a party that thought discrimination was okay as long as they were the ones doing it.

It was around this time, when I was Labour Mayor of Islington and increasingly unhappy, that I started to hear things about Shaun Bailey. It’s no secret that Labour voters are fed up with Sadiq Khan, a Mayor with big responsibilities and absolutely no intention of living up to them. But not many Labour voters were talking about Shaun – at least not back then.

So I made it my business to find out. And I discovered that, like me, Shaun had a tough early life. Born in a council house, raised by a single mum, he went through periods of homelessness and unemployment. He didn’t arrive in politics from a thinktank or PR firm. He spent twenty years as a youth worker, helping young people get out of crime and into work.

Shaun is different to any politician I’ve seen. He doesn’t read from a script. He doesn’t play political games. He’s stared down discrimination. He’s not afraid to speak out about the challenges we face. And, as I’ve learned, he would never silence anyone trying to do their job.

I realised that I had no choice but to back Shaun. I didn’t support Sadiq during selections to be the London mayoral candidate and there’s absolutely no chance I could support him this time. I was discriminated against by some elected Labour officials. I couldn’t speak out about the issues that matter to my residents. And I was excited at the idea of Shaun becoming Mayor. He has the same vision, passion, compassion, and commitment to London that I have.

That’s why I quit the Labour Party for good and joined the Conservatives. I am so thrilled to team up with Shaun. And over the next few months, we’re going to work together and give Londoners the bold vision that this city deserves.

I am an optimistic and forward-looking person. And I can see Shaun is the one to restore hope and faith for all Londoners, the one to deliver a safer, fairer, more affordable city. Which is exactly what Londoners care about — and exactly what my voters care about. I am counting on you to campaign with us and help elect Shaun Bailey, the Mayor that London deserves.

Obama and Somali teenage pirates he ordered to kill- His memoir