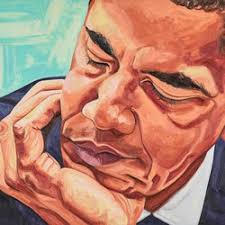 This is what the 44th United States president Barack Obama said in his memoir when he ordered to kill Somali teenage pirates who hijacked a cargo ship in the Indian Ocean in early 2009.

He contemplates(Barack Obama), too, the teenage Somali pirates who hijacked a cargo ship in the Indian Ocean in early 2009 and were shot dead on his orders: “Warped and stunted by desperation, ignorance, dreams of religious glory, the violence of their surroundings, or the schemes of older men … I wanted somehow to save them—send them to school, give them a trade, drain them of the hate that had been filling their heads. And yet the world they were a part of, and the machinery I commanded, more often had me killing them instead.”

Source: The Atlantic magazine article: Obama’s Memoir Is an Exercise in Ironic Realism

Read the article from here: https://www.theatlantic.com/ideas/archive/2020/11/barack-obamas-tragic-realism/617129/