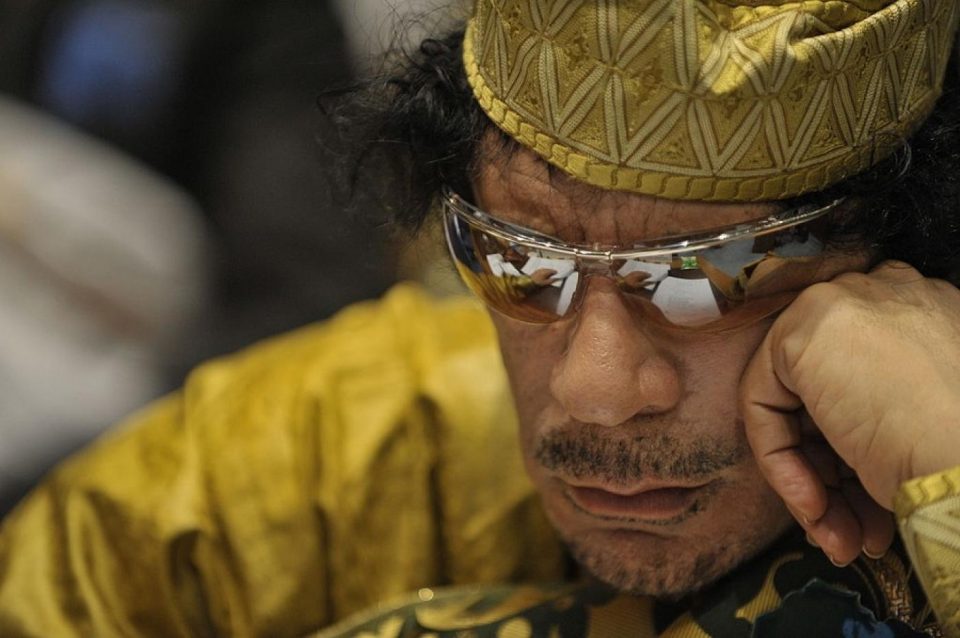 A showdown looms in the fight for control of the country, with Africa’s largest oil fields as the prize

By Bethan McKernan / The Observer

In August 2011, as Libya’s rebels and NATO jets began an assault on Tripoli, then-Libyan leader Muammar Qaddafi delivered a speech calling on his supporters to defend the country from foreign invaders.

“There is a conspiracy to control Libyan oil and to control Libyan land, to colonize Libya once again. This is impossible, impossible. We will fight until the last man and last woman to defend Libya from east to west, north to south,” he said in a message broadcast by a pro-regime television station.

Two months later, he was dragged bleeding and confused from a storm drain in his hometown of Sirte, before being killed. Nine years on, after the outbreak of a second civil war, Qaddafi’s proclamation is not far from the truth — but as the US has retreated from the role it played in his downfall, a constellation of emboldened regional powers has descended on Libya instead. As the battle moves to Sirte, gateway to the country’s oil crescent, a potential showdown over control of Libya’s oil wealth is looming.

Sirte’s fortunes turned after Qaddafi’s death; once a gleaming showcase for his vision for Africa, the villas on eucalyptus-lined avenues that belonged to regime apparatchiks were flattened in the revolution, and the city was terrorized by Islamic State before the extremists were driven out in 2016.

In violation of an international arms embargo, the city and surrounding desert have been flooded with weapons and fighters in the past few weeks as forces loyal to the government in Tripoli mobilize on one side of the front line, and those fighting for Libyan Field Marshal Khalifa Haftar, appointed by the rival parliament in Tobruk, line up on the other.

At stake is Libya’s greatest treasure: the largest oil reserves in the entire African continent. The majority of the country’s oil fields are in the Sirte basin, worth billions of US dollars a year.

Haftar’s forces, who are in control of Sirte, imposed a blockade on oil exports in January, causing revenues to plummet as daily production dropped off from about 1 million barrels to just 100,000 barrels a day. Forced to impose pay cuts for civil servants and spending from reserves inherited from the Qaddafi era, Tripoli is desperate to dislodge Haftar’s forces.

West Libya’s Government of National Accord (GNA) is officially recognized by the UN as Libya’s legitimate government, but it has been at odds with the Tobruk administration since 2014, when lawmakers decamped to the eastern city following disputed elections.

To the Haftar camp, the GNA is run by Islamists and terrorists, while the commander’s detractors say he is little more than a would-be military dictator in Qaddafi’s mold, and the fighting has steadily drawn in foreign backers with differing ideological, political and economic stakes in Libya’s future.

The GNA’s main allies are the Muslim Brotherhood-friendly Turkey and Qatar, and to some extent Italy, which relies on the GNA to stop the flow of migrants crossing the Mediterranean Sea to its shores.

Haftar is supported by leaders of the United Arab Emirates, Egypt, Saudi Arabia and Jordan, which view political Islam as a threat to their own power, and by Russia, which is fresh from its successes in Syria and is intent on expanding its footprint in the Arab world.

The British government under then-prime minister David Cameron and France under then-president Nicolas Sarkozy were instrumental in overthrowing Qaddafi — but while London lost interest in the chaos it helped sow and is now diplomatically sidelined, Paris has kept a hand in Libya.

Recognizing the need to help its former Sahel colonies combat the growth of extremist movements in the region in the aftermath of Libya’s 2011 revolution, France now backs Haftar and a secular-led Libya to ensure the safety of its troops further south.

The fighting is further complicated by tribal dynamics, the proliferation of drone warfare and an ever-expanding presence of foreign mercenaries: Russia’s state-linked Wagner group has provided key tactical support to the LNA since last year.

About 10,000 Syrians — their own proxy war still raging — are also now fighting on both sides of the war, lured by higher salaries than they can earn at home.

Both the GNA and LNA’s backers face accusations of recruiting men from Chad, Somalia and Sudan to work as security guards or in support units, who instead find themselves deployed on Libya’s front lines as cannon fodder.

“In many ways, you can think of the wars in Syria, Ukraine and now Libya as equivalents to the Spanish Civil War back in the 1930s,” said Peter Singer, a specialist in 21st-century warfare and senior fellow at the New America Foundation. “It is not just that various powers are fighting proxy wars there, through a mix of official and hired forces, but that they are also using the conflicts as a kind of test ground for both what works and what they can get away with.”

“Just like the 1930s, we will see the ripple effects of this for years to come,” Singer said.

This year has already brought a dizzying escalation in Libya’s conflict, and LNA-controlled Sirte — along with oil fields south of the city — could trigger unprecedented clashes between foreign powers on Libyan soil.

At the end of last year Haftar was close to seizing Tripoli after a months-long campaign that killed more than 3,000 people and displaced up to 500,000 civilians from their homes.

In January, Turkey took dramatic action to prevent the Libyan capital from falling, following up a declaration of overt military support for the GNA by sending Turkish troops, drones, air defense systems and Syrian fighters to drive the general’s forces back.

The bold move paid off: In the space of a few months, Turkey turned the tide of the war, and Haftar was forced to retreat from much of western Libya.

The GNA has since begun a steady march eastward in the hope of pressuring Haftar to give up control of the Sirte oil basin, but faced with an LNA on the back foot, Tobruk’s international backers are doubling down to redress the balance.

Wagner mercenaries acting on behalf of Moscow and Abu Dhabi are consolidating their presence at al-Jufra air base to the south of Sirte, deploying at least 14 MiG-29 and Su-24 fighter jets from Syria, and have reportedly also taken control of the country’s largest oil field, El Sharara, and the exporting port Es Sider.

“Even as military buildup in Sirte continues, the situation is basically deadlocked and the only non-military way out of this is an agreement on sharing oil revenues,” said Claudia Gazzini, a senior Libya analyst with International Crisis Group.

“Unfortunately, neither side is likely to give up such important assets. Players in Tripoli would rather not march on the city, and it would be dangerous for Turkey to risk an outright conflict with the Russians, or the Egyptians, but the status quo isn’t sustainable. As long as Haftar sits on the oil and no revenue is going Tripoli’s way, he is nominally still in control,” Gazzini said.

A long-awaited external audit of Libya’s central bank is set to begin this week — a development that could help pave the way to ending the six-month-old oil blockade — but many observers worry that there are now so many competing interests in the multilayered conflict that compromises would be hard to reach.

With the UN largely shut out of deliberations between Libya’s new Turkish and Russian power brokers, the risk of a frozen conflict, or even a partition of the country, seems to be growing.

It might not have happened the way Qaddafi envisaged in 2011, but today he certainly would not recognize Libya, which has indeed evolved into a playground for foreign powers. The fate of Libya’s people is increasingly in their hands.

Erdogan and Putin: The end of the affair