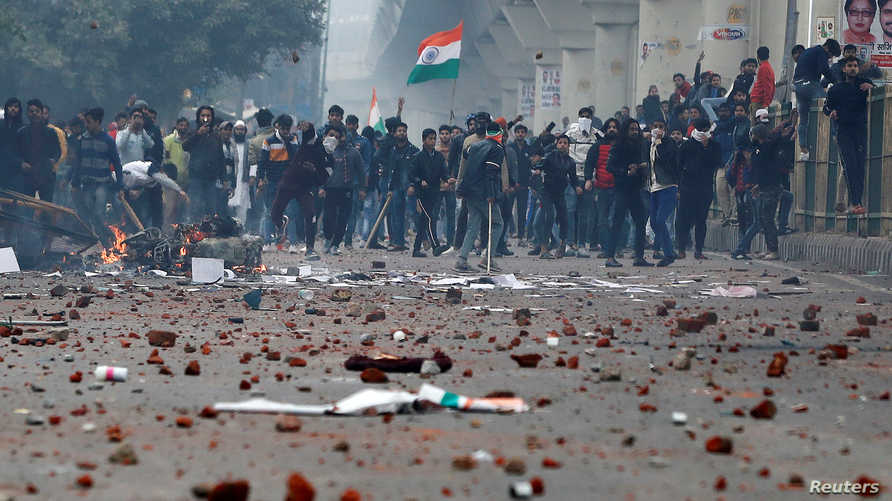 Protesters across India have defied bans on public assembly and two mobile networks have cut services across parts of Delhi, as anger continues to grow over a controversial citizenship law that is seen as discriminatory against Muslims.

Police in many areas of the country have banned large gatherings in an attempt to stop protests. It follows days of demonstrations that have left six dead, injured many more and prompted warnings from the UN over excessive force by security forces.

India regularly cuts network coverage to curb demonstrations, including in Kashmir, where broadband and mobile data services have been blocked since August, when the Delhi government scrapped the region’s special status. In 2018, the vast majority of documented internet shutdowns, 67%, took place in India, where the #KEEPITON report recorded 134 incidents.

Access to the internet has also been restricted in parts of the north-east and in Uttar Pradesh, home to a large Muslim minority.

Despite emergency bans on gatherings, demonstrators continued to take to the streets in many areas. In Bengaluru, Ramachandra Guha, one of the country’s most prominent historians, was among protesters detained by police after he defied such restrictions.

“I am protesting non-violently, but look they are stopping us,” said Guha, who was shown being dragged by three police officers in footage broadcast on Indian news channels.

Under the citizenship law passed by parliament last week, Hindu, Christian, Jain, Buddhist and Sikh migrants from Bangladesh, Pakistan and Afghanistan will be allowed to claim Indian citizenship. The same will not apply to Muslim migrants, who the BJP government argues are not a threatened minority in these countries.

The protests, which have continued for days, have been fuelled further by anger over alleged police brutality, including at a university in Delhi on Sunday night. According to the Hindustan Times, security forces in the capital have fired 450 teargas shells over the past five days.

Gatherings have been banned in areas including Uttar Pradesh state, areas of the north-east and parts of Bihar, New Delhi, Hyderabad, Bengaluru and Chennai.

In New Delhi, Vodafone and Airtel announced they had cut services on mobiles in some parts of the city on orders from the authorities. The mobile operator Jio is reported to have followed suit.

Some roads into Delhi were barricaded, and 14 metro stations in the capital were also shut, including one near police headquarters that was besieged by protesters this week. 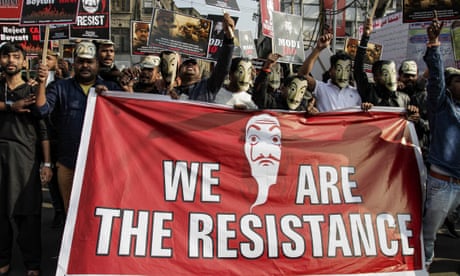 One protester, Kawalpreet Kaur, who according to her Twitter profile is the Delhi president of All India Student’s Association, posted that police had filled 14 buses with detainees at the Red Fort landmark. “But more and more people are pouring in, too many to be detained,” she added.

On Tuesday night, the UN secretary general’s spokesman, Stéphane Dujarric, expressed concern over “the violence and alleged use of excessive force by security forces that we’ve seen that have been taking place”.

Seventeen leftwing parties in the eastern state of West Bengal, long a hotbed of political violence, were due to stage a rally in Kolkata on Thursday afternoon. Bollywood actors were also expected to join a protest in Mumbai.