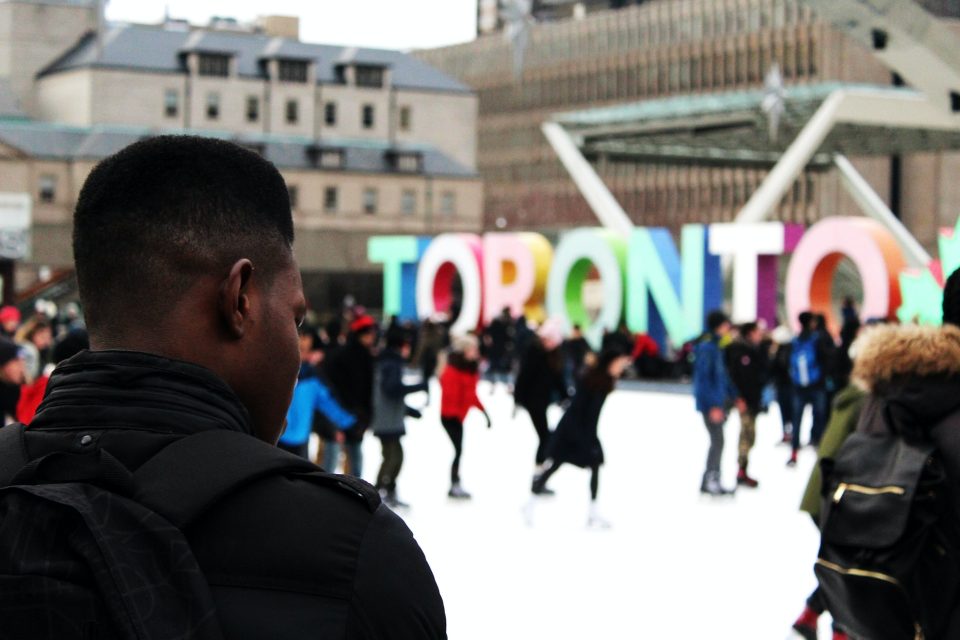 Hassan Ghedi Santur’s novel Youth of God and Mohamed Abdulkarim Ali’s Angry Somali Boy: A Complicated Memoir, both published in 2019, explore accounts of troubled and ruptured boyhoods.The two books could not be more different, despite straddling very similar themes. Santur’s novel introduces us to the vulnerable 17-year-old protagonist, Nuur, who is in a deeply religious phase as bullying at school and abuse at home have become unbearable. Abandoned by his biological father, Nuur alternates between two Somali father figures, his progressive schoolteacher, Mr. Ilmi, and the conniving Imam Yusuf. Written in melancholic prose, Santur creates a vivid constellation of migrant characters all of whom are bound by an overarching feeling of alienation. The present never matches up to rosy memories of the past, and the trauma of having fled a war-torn homeland is passed down from generation to generation, leaving everyone trapped in a perpetual state of mourning.

Ali’s memoir is an altogether different composition. Hard-hitting and harshly cynical, the protagonist punches through his trauma by lashing out in every way possible. Also abandoned by his father, and left to a vicious and violently abusive stepmother, Ali refuses any kind of emotional refuge, admission of vulnerability, or self-love. He does not engage in the moral reckoning or with the kind of alternative familial structures that underscore Santur’s work. Throughout the memoir, Ali is prone to instances of extreme self-harm. Being bullied at school turns him into a bully, and being beaten up at home leads to vandalism jaunts. The memoir can be a verbal assault upon the reader, and is designed to shock, repel, and prod us into an upsetting and resigned submission.

Yet, oddly, these works complete each other. What is left out in one is brought full circle in the other, thus bringing them into symbiotic and productive tension with one another. These are stories that rupture romantic notions of typical coming-of-age narratives. They expose instead the emotional chasms left by traumatic migrant journeys and the impossibility of healing. Moreover, they shatter the myths of liberal tolerance in Canada by zooming in on a flawed and violent education system that is ironically unable to produce the obedient, assimilated, “good” migrants that the country desires.

Toronto is the object of complicated disdain in both works. One of the world’s most multicultural and diverse cities, and known to be socially progressive, it has a reputation for absorbing many traditions, nations, and experiences. Yet, as the texts show, Somali migrants live in enclaves here, the inequality is acute, and the death toll from all kinds of racialized violence is surprisingly high. In the memoir, Ali moves from Somalia to the UAE to the Netherlands, and finally to Canada. His is not a wide-eyed arrival to Toronto. Ali immediately sniffs out the wealth disparities and racist hostility that lurks beneath the surface of cheery Canadianisms. When he later enrolls at Ryerson University in downtown Toronto, he tries hard to endure the fact that he is the only Black student in his class, though he does slowly tire of his white classmates’ “anthropological intrigue” about his upbringing in Toronto’s so-called “ghetto” neighborhood.

In Youth of God, we get a glimpse of cold and cramped high-rise living common in the neighborhood called Dixon, populated mainly by Somali migrants who fled dictatorship and war in the 1980s and 1990s. Gang violence, police violence, and random targeting of Black youth seem commonplace. Even in the heretic, sealed-off world of Santur’s novel, students in Nuur’s high school often end up injured in shootouts. When Nuur’s older brother, Ayuub, decides to move to Alberta to find work, Nuur is reminded that not even a month “passed these days without news of another young Somali man’s body being found in some snowbank or muddy ditch somewhere.” The police ubiquitously offer up “drug war” as the cause. Santur, however, attempts to excavate the relatively unknown nature of racialized violence, not just in Toronto but also in other parts of Canada.

Violence is a totalizing framework in both worlds. Ali describes it with an almost salacious brutality, and in Santur’s world, it is a menacing presence threatening Nuur at all times, even though descriptions of blood and gore are minimal. The violence is omnipresent in school and at home, which means that the young boys never have a safe space in which to relax and exist within their own skins. Ali’s home is an openly hostile space where terrifying beatings are common and verbal abuse is non-stop. Nuur’s home is a place of neglect and isolation, and when his unreliable father suddenly returns out of the blue, verbal and physical punishment also enter the fray.

The space of school, however, is absolutely horrifying in both narratives. Santur and Ali extensively explore the bullying experienced by young boys. School life is a dog-eat-dog world, and these Black and Muslim youth are the butt of nasty, racist jeering, with random beatings par for the course. Ali weathers these better than Nuur and does not hesitate to retaliate. For Nuur, desperately in search of a peaceful and spiritual realm of God, a singular retaliatory incident costs him his entire future. Such a comprehensive exploration of bullying in both books, published within months of each other, exposes an education system in crisis, and in which  migrant children are being specifically targeted for being different.

In both stories, nostalgia for the old homeland seeps in. Notwithstanding, neither writer indulges narratives of perfect pasts and perfect nations. Ali and Santur focus on the home as a site of extreme migrant pain. Ali writes:

Violence as the expression of our frustrations. We were a proud people brought low by historical circumstance. No one had the time to go figure out what went wrong because life had to go on. We had to thrive in this alien land and jealously guard whatever we had left of our culture.

It is heartbreaking to see the young boys becoming the objects of all the frustrations experienced by their mothers and fathers. The forced departure from one’s home and the experience of being unwanted in the West result in a gaping, festering wound. Violence begets more violence. Parents are irredeemable and cruel characters in these stories, as they upturn all notions of kind, loving, and supportive family life.

Santur and Ali beautifully capture the rage of diaspora children and the precarity of not belonging. Left adrift by their parent’s generation and rejected in the West, the boys attempt to perform different identities in order to fit in. Nuur recedes into the life of the mosque under the tutelage of a manipulative and fanatical Imam, while his brother Ayuub rejects tradition in favor of a white girlfriend and a passion for rap and hip hop. Ali explores the play of various identities in greater detail as he takes on and sheds several avatars throughout the memoir. The most complicated affiliation is, without doubt, with Blackness.

In Toronto, Ali sees that migrant kids are encouraged to express their own culture, unlike in the Netherlands, where the key to assimilation is erasure of past selves. However, this is quite confusing to him because he sees that the “young Somalis in the area” become “Black.” He writes that they “spoke Jafaican and dressed no differently from youths in Baltimore or Detroit. At home it was Islam and anjeero for breakfast, while outside it was beef patties and hip hop. The duality came at an existential cost.” Indeed, the glove does not quite fit, and the Somali boys are mocked for appropriating identities forged out of histories of slavery and colonialism. “You’re not really Black,” they are told.

At home, a disgusting anti-Blackness prevails.  Ali finds refuge in friendships with Black girls. “I don’t know what I would’ve done without these brilliant girls…I will forever be grateful for the space they made in their lives and hearts, for a boy who felt unwanted by the world.” But his evil stepmother Samira would have none of it and “encouraged us to avoid these black people.” Samira’s gluttonous consumption of racist and sensationalist media meant blackness was a perennial fear. This fear and it’s “odious effects drove a wedge between those born or raised in Western cities with large populations of black Americans, Caribbeans, or African…” and traditional Somali migrants who declared all sorts of things as “a corruption of our Islamic values.” This is the high existential cost that Ali refers to when he poignantly asks, “And when did we stop being black?”

Across the border, those in the US have watched with great envy as Canadian Prime Minister Justin Trudeau has bragged about upholding the policy of multiculturalism. Trudeau declared that “Canada has long recognized that we are all better off when we respect and unite behind our differences. But our work is not yet finished. We must all continue to learn about each other, embrace our diversity, and celebrate what it is to be Canadian.” Compared to the open xenophobia being practiced in the US and Europe, each beset with escalating right-wing hatred, Canada certainly appears a beacon of tolerance. But it only takes two books to uncover how shallow these narratives of unity, respect, and tolerance are to those experiencing the exact opposite. Anti-Black, anti-Muslim, and anti-poor structures are endemic, parts of a planetary disease, and Canada and Canadians are certainly not exempt.

Youth of God and Angry Queer Somali Boy are wrenching stories of two boys, mid-air, in a trapeze act with no safety net to catch them if they fall. Somali boyhood in Toronto is a joyless experience. Love is scarce, as is lasting friendship. Physical and emotional precarity is the order of the day. The only way out is to run as fast as possible from these cruel circumstances. Although Nuur and Ali manage to free themselves from their oppressive families and violent schools, the reader will find little comfort in knowing where they end up.

The first appeared on Africa is a country