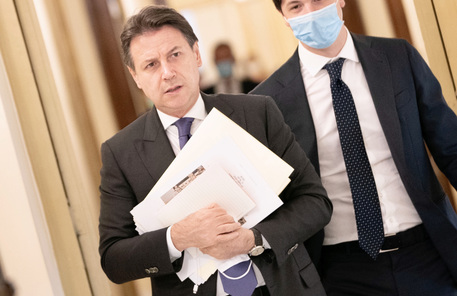 The state of emergency gives government officials temporary power to act quickly to tamp down new coronavirus outbreaks and allocate funding, all through the use of emergency decrees.

Italy Prime Minister Giuseppe Conte on Tuesday announced that the country will extend its coronavirus state of emergency until October 15,

The current state of emergency is set to expire on Friday.

Conte said, “Although the curve of the contagion and the impact (of the coronavirus) on the national health service has reduced significantly, something that encourages us, the data tell us that the virus continues to circulate in our country”.

The state of emergency gives government officials temporary power to act quickly to tamp down new coronavirus outbreaks and allocate funding, all through the use of emergency decrees.

Conte said the extension will assure that the government can “remain on guard and ready to intervene quickly if the situation worsens”.

In May, Italy eased back the world’s longest nationwide coronavirus lockdown. Four million people returned to their construction sites and factories as the economically and emotionally shattered country tried to get back to work.

Conte had then commented on the end of the lockdown in an interview with Affari Italiani (Italian Affairs), which he posted on Facebook.

He said, “The resumption of manufacturing activities and construction took place in an orderly way”.

The danger of the virus spreading with them and incapacitating the south’s less developed health care system forced Conte to announce a nationwide lockdown on March 9.

Italy was the first European country hit hard by the coronavirus. Though infection rates and the death toll have improved dramatically in recent weeks, Italy has suffered more than 35,000 deaths, while official figures show nearly 250,000 people have been infected by the outbreak, with nearly 200,000 of them recovered.

Meanwhile, the total number of global coronavirus cases has topped 16.6 million, while the deaths have increased to over 659,000, according to the Johns Hopkins University.