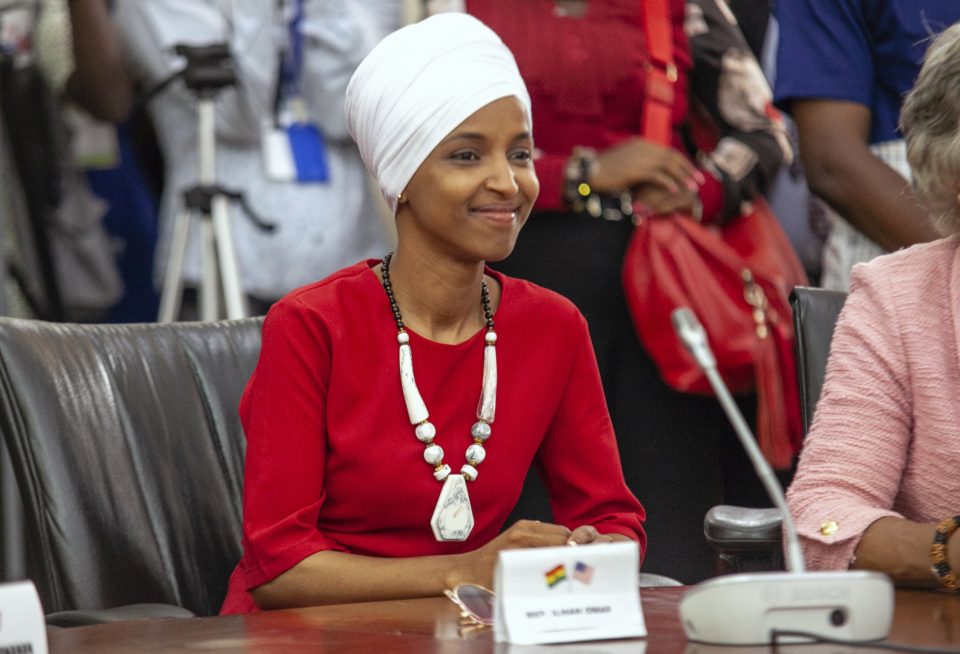 In an op-ed published on Medium, one Jewish voter says, “she is exactly the kind of leader” the Jewish people need.

By DANIEL NISINMAN, TOBIAS SIEGAL
AUGUST 11, 2020 11:49
Rep. Ilhan Omar has made wearing a headscarf seem fashionable, chic and powerful.
(photo credit: TOM WILLIAMS/CQ ROLL CALL)
Ilhan Omar, a progressive United States representative who faces a tough primary on Tuesday, has been portrayed by her opponent as too divisive. When it comes to Israel and antisemitism, she has faced sharp criticism for her stances.
Recall, she is the one who tweeted that AIPAC secures support for Israel by bribing Washington with money and who proposed a bill that would allow for the Boycott, Divestment and Sanctions movement to operate freely in the US.

Omar is facing off against Antone Melton-Meaux for Minnesota’s fifth district.