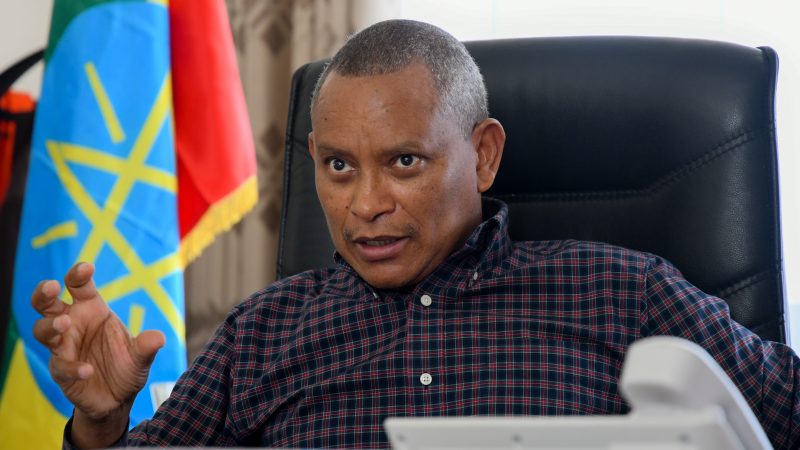 JUBA – A senior South Sudan government official is saying that Ethiopian rebel leader, Debretsion Gebremichael, is in the world’s youngest country’s capital to seek refuge, less than one month after the country’s foreign ministry denied reports that he was in the country.

Last month, two senior South Sudan embassy staffs in Addis Ababa claimed in emails to Sudans Post that the Ethiopian government had gave them a 72-hour ultimatum to leave the country allegedly to protest a visit by the Egyptian President Abdel Fattah al Sisi to Juba.

Other media outlets in Juba also claimed without evident that the Egyptian leader had met the Ethiopian rebel leader, something that turned out to be untrue the following day.

Speaking to Sudans Post this morning, a South Sudan official who said he has direct knowledge of the matter said the Ethiopian leader had visited the country a three days before Al-Sisi’s visit, but returned a day later to an East African country and did not meet al-Sisi.

“Debretsion was here before President Sisi visited Juba,” the official who refused to be named said in an interview with Sudans Post in Juba this morning. “When he came, he came here on November 25 and returned to one of the East African countries the same day and he didn’t meet al-Sisi and he didn’t also request to meet al-Sisi.”

“When he came, he was asking for President Salva Kiir mediation. He was in Uganda when he came here.  He said that South Sudan can play an important role and he was told that we are not working separately from the region and was told to contact the IGAD instead,” the official said.

“This was what was discussed, but now he has returned and he is seeking refuge and safety and is not here to seek assistant against the Ethiopian government. He is here to seek refuge,” the official said, adding that “the government of South Sudan is not ready to support those acting outside law against their enforcement.”