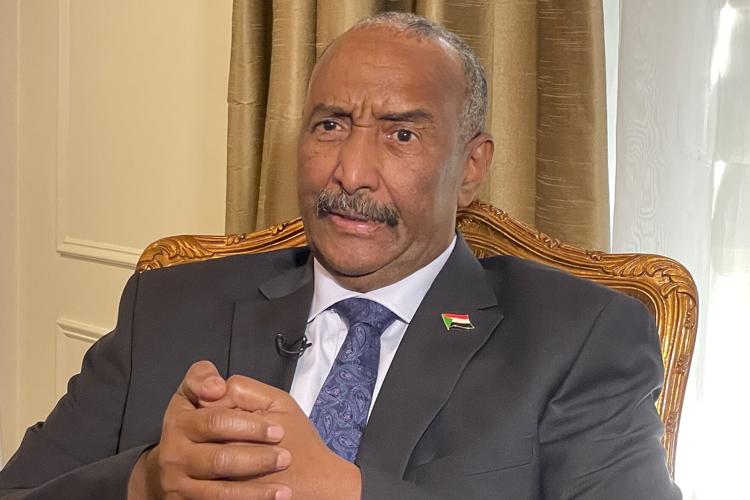 Sudan’s military leader Abdel Fattah al-Burhan said ready to visit Israel if he is invited by its government.

Al-Burhan travelled to New York to take part in the annual gathering of world leaders with the hope to meet some influential heads of state and government in order to break his international isolation after the coup against the civilian transitional government.

According to statements issued by the Sovereign Council, he met some African leaders including the presidents of Burundi, Somalia, Gambia and Senegal.

He urged the Senegalese leader who is also the head of the African Union to lift its suspension of Sudan’s membership in the bloc after the military coup.

In an interview with the Associated Press in New York, al-Burhan expressed his willingness to visit Israel saying that his country is not in a state of war with Israel.

“I see Israel as one of the countries with which there is nothing that can be described as a state of hostility,” he said.

“The basis of (international) relations is reconciliation, so if I got an invitation, I will definitely look at it, and if there هs a possibility, I l will definitely go,” he stressed.

On February 3, 2020, Burhan met with then-Israeli Prime Minister Benjamin Netanyahu in Entebbe, Uganda, a breakthrough that paved the way for the two countries to sign the U.S. brokered Abraham Accords which paved the way for diplomatic rapprochements between Israel and several Arab countries.

To explain his move at the time, al-Burhan stated after his return to Khartoum that the meeting had been driven by the national security and supreme interests of the Sudanese people.

Later on, he said he wanted Israel to help Sudan to reconnect with the international community.

Two years later on February 13, 2022, he said that the Entebbe meeting allowed the two countries to develop security and military cooperation.

After the coup, the international community paused a process to support Sudan’s economic rehabilitation and integration into international financial institutions.

The economic support would resume if the military restored a credible civilian government.

The coup leader told the UN General Assembly that he is committed to his decision to not participate in future cabinet and withdraw from negotiations on the restoration of the transitional government. But stressed that the process should include groups supporting the army’s participation.

The new realism of Kenya turns the page of the Polisario