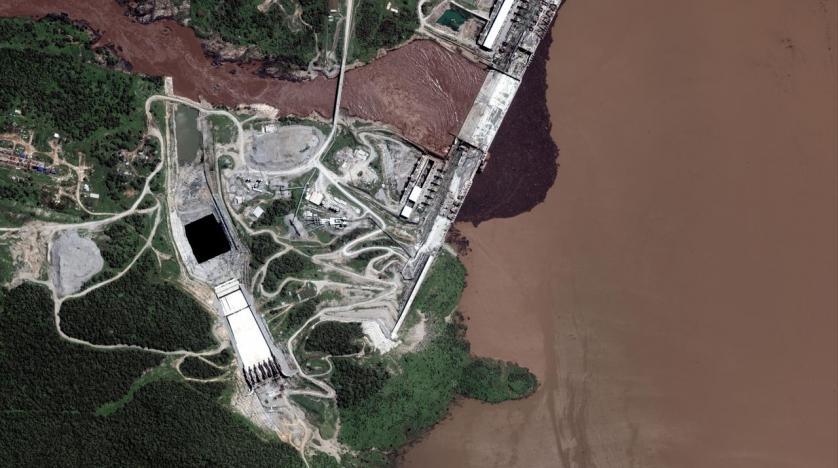 Spokesman of Egypt’s Ministry of Irrigation and Water Resources Mohamed al-Sibai said reports have been submitted to the African Union Committee on the negotiations.

Cairo affirmed in its reports its keenness to continue with the negotiations to resolve the disputed issues, Sibai noted in televised statements on Saturday.

Bass called for supporting the African Union-led GERD negotiations among the three sides to reach an equitable outcome fair to all parties.

However, former Egyptian Minister of Water Resources and Irrigation Nasr Eldin Allam did not specify whether the Ethiopian Parliament would discuss what Bass had urged parties to do or whether Addis Ababa would respond to her calls to resume negotiations.

He told Asharq Al-Awsat that Addis Ababa’s response is difficult to be predicted but expressed hope of a breakthrough very soon.

Since July, the three countries have been in negotiations under the auspices of the AU, hoping to reach an agreement on the rules for filling and operating the GERD.

Negotiations were suspended at the end of last August, after technical and legal disputes.

Egypt and Sudan fear that this will affect their shares in the Nile waters and stress the need to reach a binding agreement that guarantees the rights and interests of the three countries, and includes a mechanism for settling disputes.

Ethiopia’s announcement that the GERD will begin generating power in the next 12 months has earlier sparked uproar in Cairo, while Addis Ababa said it is essential to its economic development.

Egypt had previously urged the Security Council to intervene, emphasizing the importance of holding negotiations in “good faith” among the three countries to reach a just and balanced solution to the dispute.