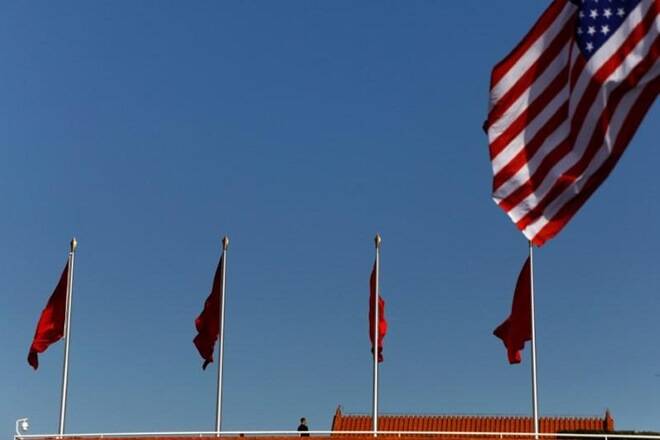 The only nation to host both American and Chinese military bases is the bellwether of superpower rivalry in Africa.

Some states have a pivotal role in the U.S.-China rivalry based on their size and economic weight. Djibouti, a Vermont-sized country of 1 million people in the Horn of Africa, can hardly make that claim.

It can claim the unique distinction of being the only country to host both U.S. and Chinese military bases. And it has quietly become a bellwether of great-power rivalry, because of where it sits and what it demonstrates about the ebb and flow of influence on a contested continent.

Djibouti commands key strategic geography because it resides at the crossroads of three crucial regions. It looks across the Bab el-Mandeb — a Red Sea strait that is a conduit for perhaps 20% of the world’s trade — at the Arabian Peninsula and the Middle East. It marks the western end of the vast Indo-Pacific theater. And it serves as a gateway not just to landlocked Ethiopia, a regional powerhouse, but also to a larger African continent where Beijing has been making big strategic moves.

The trajectory of Chinese involvement in Africa over the past two decades has been remarkable. Beijing leapt ahead of Washington as Africa’s top trade partner in 2009 and hasn’t looked back.

Chinese loans and investment have funded infrastructure programs across the continent. As part of the so-called Digital Silk Road, Beijing is marketing advanced surveillance technology and “safe cities” projects.

Whereas the U.S. presence in Africa has been heavily focused on counterterrorism since 9/11, China’s engagement (along with the rhetoric surrounding it) leads with economics in a region hungry for growth. It doesn’t end there, though: The establishment of China’s first overseas base in Djibouti in 2017, after years of outsized participation in United Nations peacekeeping missions in Africa, shows that Beijing’s military power is following its economic and diplomatic influence.

For China, Africa is many things at once: a market and a source of raw materials, a prize in a global struggle for geo-economic influence, a source of diplomatic support in international forums, and the leading edge of a long-term effort to project military power far beyond East Asia. The Chinese base in Djibouti, a facility that hosts 1,000-2,000 personnel and could eventually become a node for power projection in the Horn and surrounding areas, is thus part of a larger approach to winning influence there.

The Export-Import Bank of China lent $1.5 billion for marquee projects such as modernizing port facilities and building a water pipeline and standard-gauge railway to Ethiopia. A Chinese company controls a large minority stake in the country’s port authority.

A division of Huawei is building an undersea fiber-optic cable that will carry data from Djibouti to Pakistan and beyond. Chinese money has fueled the Djiboutian government’s dream of using rapid development to make that country the “Singapore of Africa.” It also lubricates the patronage network that strongman President Ismail Omar Guelleh oversees.

Not least, China’s interest has allowed Guelleh to replicate the old Cold War trick of extracting competing payoffs from competing powers. In 2014, Guelleh used the threat of a Russian base in Djibouti to raise Washington’s rent on its base at Camp Lemmonier, a facility that the U.S. has used for nearly two decades to conduct counterterrorism operations in Africa and the Persian Gulf. But soon after the ink was dry, Guelleh cut a separate deal allowing the Chinese to build their own “logistical support facility.”

The U.S. has often seemed sluggish in its response. In 2018, national security adviser John Bolton accused Beijing of trapping African countries in neocolonial relationships of economic dependence; he warned that leaders who did not support Washington diplomatically should not expect much U.S. aid. Washington unveiled two programs, Prosper Africa and the International Development Finance Corporation, meant to check China’s influence.

Yet it is a hard sell to tell countries with swelling populations to forgo Chinese money, which is often employed to meet real development needs. Beijing has successfully used its economic influence to mobilize African support for Chinese leadership bids in international organizations, while African officials have bristled at public warnings about “debt trap diplomacy.” “We are mature enough to know exactly what we are doing for our country,” scoffed Djibouti’s finance minister.

This doesn’t mean that Djibouti and other African countries are slipping irretrievably into China’s sphere. Africans are still more likely to view the U.S. as their preferred political and economic model.

Concern about excessive borrowing from China is rising, even as Belt and Road financing dropped starkly during 2020, raising questions about whether the reality of that project will ultimately match the hype. Critics of repressive governments, in Djibouti and elsewhere, see Chinese involvement as buttressing corrupt regimes that trade near-term windfalls for longer-term dependencies.

The U.S. will need a strategy that is both purposeful and nuanced. It shouldn’t overreact and try to match Chinese activism everywhere, something that probably isn’t possible and certainly isn’t wise. It should, instead, exploit its unique strategic advantages.

The U.S. and its European allies are still security partners of first resort for Djibouti and most other African countries, a status that brings influence disproportionate to the size of any military presence. Washington can also give priority to bringing high-quality, transparent investment to select sectors such as energy and services, perhaps in coordination with European democracies that share America’s basic strategic objectives.

A stronger U.S. role in international Covid-19 vaccine distribution can prevent China from dominating in this area and reaping the resulting diplomatic leverage. Basic technical assistance can improve African governments’ abilities to negotiate effectively with Beijing and assess the risks of accepting Chinese money.

More broadly, the U.S. should balance its negative message — about the long-term costs of dependence on China — with a more positive one that depicts Djibouti and the African continent as something more than an arena for rivalry. During the Cold War, anticommunism was the motive for what the U.S. did in developing regions, but it wasn’t the right message in dealing with countries that didn’t see themselves as anyone’s pawns. That’s one lesson worth heeding in the competition over Djibouti and so many other frontline states today.