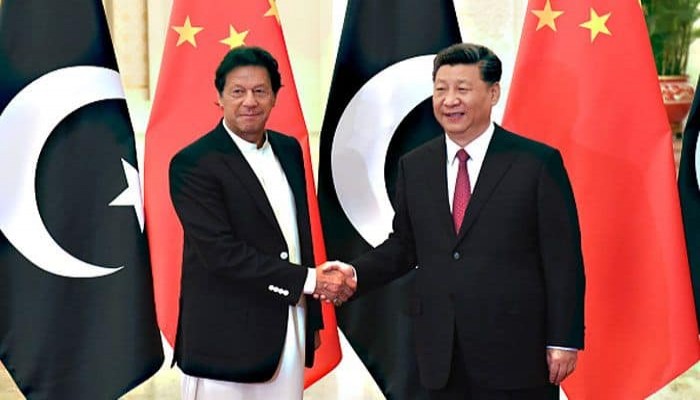 Pakistan reportedly returned $1 billion to Saudi Arabia on Monday, and plans to pay the remaining $1 billion to be paid in January.
China has agreed to provide an immediate $1.5 billion bailout to Pakistan to assist the country in repaying a $2 billion debt owed to Saudi Arabia, the Express Tribune reported.

Pakistan reportedly returned $1 billion on Monday, with plans for the remaining $1 billion to be paid in January.

Sources cited by the Express Tribune said the loan did not come from China‘s State Administration of Foreign Exchange (SAFE), nor was the bailout a commercial loan.

Beijing extended the money to Islamabad expanding a 2011 bilateral Currency-Swap Agreement (CSA) by an additional 10 billion Chinse Yuan ($1.5 billion). The overall size of the trade facility now stands at 20 billion Chinese Yuan ($4.5 billion), according to the report.

Pakistan has used the CSA facility since 2011 to repay foreign debts and keep foreign currency reserves for trade.

Under CSA, the latest $1.5 billion Chinese injection will reportedly not be treated as part of Pakistan’s public debt.

A spokesperson for the State Bank of Pakistan (SBP) reportedly swerved questions on the Chinese loan, while Pakistan’s finance ministry said it was a “bilateral confidential matter”.

Saudi Arabia has in recent times scaled back its famed chequebook diplomacy, a longstanding policy of splashing petro-dollars in exchange for influence, which observers say has yielded few tangible gains.

For decades, the wealthy kingdom funnelled billions in aid to its allies – and to its enemies’ enemies – in a bid to bolster its position as an Arab powerhouse and leader of the Muslim world.

Earlier this year, Riyadh abruptly ended a $6.2 billion loan and oil supply deal to Pakistan over the criticism of the kingdom’s stance on the Kashmir crisis, forcing Islamabad to repay $1 billion already disbursed.

The move has led countries like Pakistan to look increasingly to its other major allies, including China, for economic assistance.