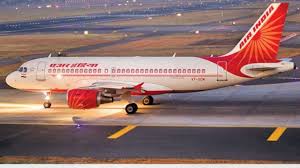 An Air India Express plane carrying 191 passengers from Dubai to Kozhikode crashed into a valley on Friday after overshooting the runway at the Calicut International Airport.

The Boeing 737 aircraft broke into two pieces after skidding off the runway at high speed. Photos from the scene show a significant amount of debris around the plane, which was split in half.

It was raining heavily in Kozhikode at the time of the crash. While flights are often diverted to nearby airports when hazardous weather conditions are present, this was not the case with Flight 1344.

The region is expecting continued downpour through to next week.

Firefighters and ambulances have been rushed to the scene and passengers are being taken to nearby hospitals. It is unclear how many were injured in the crash.

Airport authorities and police have not confirmed if there have been any casualties at this time.

Saudi Arabia’s nationalist netizens now a headache for the government