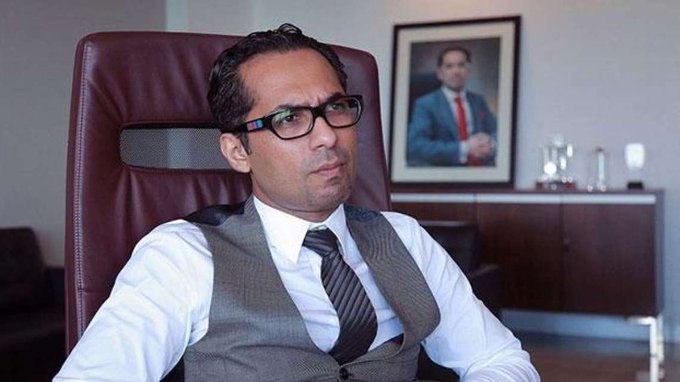 We are at an upmarket hotel in central London, a stone’s throw from Hyde Park. Tanzanian businessman Mohammed Dewji is prompt, smiling and wearing his trademark chunky glasses.

We grab a table and an (excellent) espresso. No one dis­agrees about the comfortable global dominance of East African arabica. So far, so normal.

Dewji started life on the kitchen table: his mother caught short, the hospital in the rural area of Singida too far. His early years did not, he says, isolate him from the realities of rural life in Tanzania.

After a stay in the US, first with the ambition to be a golf pro, then studying theology, then working on Wall Street, he returned home to join MeTL, the trading company launched by his grandmother and run by his father. “My dad’s business was doing well, but I didn’t realise that it wasn’t managed very well,” he says, after paying due deference to his family.

Micromanager in the making

This turned him into a micromanager, but was also the making of him, forcing him to rethink the corporate governance of the entire enterprise.

Initially, he was just aiming at intro­ducing a manufacturing division. But once he began, he realised he needed MeTL’s distribution network. “And then I realised there was inefficiency in that distribution, and reporting was not right, was not timely, so I had to now go back and redraw structures within MeTL.”

Pretty soon he was everywhere. “I’ve worked in the port offloading rice vessels. I worked in the ware­houses, all over,” recalls Dewji. With the business growing fast, he then created a decentralised structure, giving a lot of power to CEOs and CFOs of his group companies, and running board meetings for each every month.

Building up his base

In this ascent, Dewji still found time to be a member of parliament for Singida and to start bankrolling the local football team, Simba SC, all the while slowly building up the business, travelling to South Africa to get access to funds.

By 2017, he was already receiving multiple accolades, having grown the business he inherited into the leading manufacturer in the region. He and his coworkers targeted the customers of the big multinationals – such as Unilever – beating competitors on price and adapting products to local tastes. Revenue in the tens of millions grew to $1.5bn. So far, so normal, in the ascent of Africa’s youngest billionaire.

Until it all changed. On 11 October 2018, he was kidnapped as he was arriving at a hotel gym. Nine days later, he was released in the early morning, dumped in the middle of Dar es Salaam.

And, naturally, the experience changed him. “I had a life-threatening experience, and what happened was that of course I thought a lot after that. In the past, I was working many, many hours and I blanked out on my children and my family. I’m looking forward to playing a lot of golf with my two boys, playing a bigger part with my daughter who I kind of blanked out on for 12 years of my life. She’s 16 years old. She’s going to go to university in two years.”

Beyond the desire to focus on what was truly important to him, he also lost some of his appetite for the game. “I lost that motivation to a certain extent in terms of increasing the business,” says Dewji.

His desire to give back is focused first on his staff. He intends, for example, to sell his Mo-branded products to them at wholesale pricing – a discount of 20% – to allow them to sell them and make a bigger profit.

He also wants to act as an angel investor for motorbike taxi drivers, carrying the financing costs of importing a bike, spreading repayments back over a year and allowing the taxi entre­preneur to ride off into the sunset with a valuable asset. “It doesn’t have to be either/or,” he says. “You don’t have to choose between doing good and doing business.”

But despite his pronouncements, and the impact investing, it doesn’t seem like he is slowing down. Dewji’s conglomerate is opening a detergent factory in Kenya. It is refurbishing a drinks manufacturing plant in Uganda. He has recently travelled to Madagascar to discuss the opening of a plant with President Andry Rajoelina.

Manufacturing remains a full-­contact sport on the continent – despite the best efforts of some governments to help local businesses grow. Dewji ascribes the collapse of the textile industries across Africa to under-­reporting at customs to evade tariffs.

“You don’t tell me [Tanzanian cotton] goes to China, they spin it and weave it, make clothing and then freight it back, pay 50% [import] tax and can sell it cheaper than me – it’s not possible, right?”

Dewji sees a clear role for government and would love to see better consultation. But he argues that the Tanzanian administration is still suspicious of business. “Sometimes there’s this feeling [from ministers] that in Tanzania the entrepreneur will always try to pull his side and always wants to maximise profits.”

General Park Chung-hee, the South Korean dictator whose ‘developmental state’ model catapulted his country out of poverty, and into the OECD rich club, had his own way of persuading entrepreneurs to move from the ‘easy’ money of trading to investing in manufacturing.

Before coming to a mutually beneficial compromise with the country’s ‘chaebol’ conglomerates, Park was famous for throwing leading businesspeople in jail.

Does Dewji think that he himself was being sent a message in his brief kidnapping? President John Magufuli has been notably strong-armed in his approach to businesses both local and foreign. Plenty have wondered about Dewji’s release, and a coherent account of the kidnapping has not been delivered by the Tanzanian authorities.

Dewji dismisses the rumours, saying: “I don’t think it had anything to do with the President because we were in parliament together. I have a lot of respect for him when he was a minister, and I’ve never crossed swords with him in any way.”

After all, Dewji says, he has no political ambitions either and is looking forward to returning to Singida after the 2020 elections are over.

“I have no political ambition, it’s been clear. I stood down from being an MP […] We were having a live Facebook interview and people asked: ‘Do you want to run for president in 2025?’ […] I’ve never even thought about it or dreamed about it, and I’m not interested. I’m an entrepreneur.”

The article is originally published in TheAfricaReport