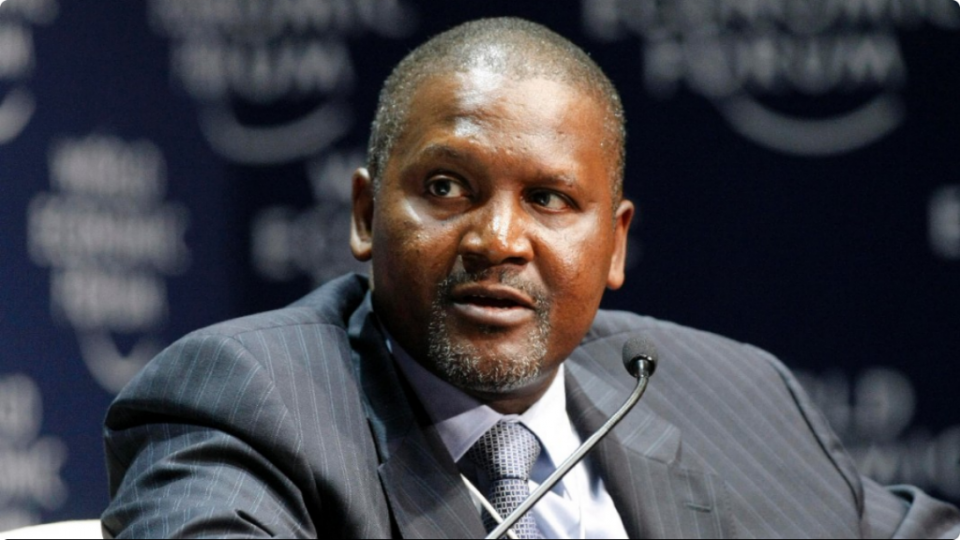 Aliko Dangote is the richest man in Africa for the eighth year running.

Funmi is writer and former trader

When I heard that Jack Ma, a Chinese billionaire and founder of the Alibaba conglomerate, was donating drugs and equipment to manage the COVID-19 pandemic in Africa, my instinct was to roll my eyes.

Of course, Jack Ma and the Chinese government have strategic interests in Africa. It must be public relations driven. It would be part of the soft power war between the West and the East, for the title of the dominant global power in the 21st century.

I felt bad for this initial reaction. After all, the coronavirus pandemic is an unprecedented tragedy. Africa is undeniably vulnerable, so any help should be welcomed.

Something struck me about Jack Ma’s rationale: “The world cannot afford the unthinkable consequences of a COVID-19 pandemic in Africa”. Whatever his intentions, that comment suggests a recognition of Africa’s importance in the world.

Jack Ma didn’t treat Africa like a monolith or isolate any country. He sent resources directly to each of our 54 countries. Alongside his promise of working on online training to support clinical practice, his donations were thoughtful, direct and practical. Ma could have simply donated the money to Centre for Disease Control in Africa, the African Union or the World Health Organisation’s HQ in Africa.

“Bypassed the usual channels of bureaucracy”

Extending direct support in this way bypassed the usual channels of bureaucracy, recognising the immediate need for resources, but also the need for knowledge and training.

When Jack Ma announced his donations on 17 of March, the WHO had confirmed only 424 cases and 11 deaths across 29 countries in Africa.

By 11 June, Matshido Moeti, the WHO’s Africa regional director said the number of cases had grown to 207,600 and there had been over 5,000 registered deaths. “Even though these cases in Africa account for less than 3%  of the global total, it’s clear that the pandemic is accelerating,” Moeti told a news conference in Geneva.

She has consistently warned against complacency.

Jack Ma showed foresight. Before cases were confirmed in all our countries, Jack Ma understood that Africa had to take a preventative approach. He exercised his civic duty as a global citizen. Not just because he had the means but because he recognised the importance of such action and used critical thought in implementing it.

This brings me to Africa’s billionaires.

Nigeria’s Aliko Dangote, not one to be shown up, was hot on the heels of Jack Ma with an announcement of a donation of his own. That was followed by an eruption among the African billionaires club.

Nigeria’s Aliko Dangote, not one to be shown up, was hot on the heels of Jack Ma with an announcement of a donation of his own. That was followed by an eruption among the African billionaires club.

Donations flowed in from the Oppenheimers and Ruperts in South Africa and the Sawiris family in Egypt. On the face of it, such displays are welcome. Many were lauded by their respective governments. There was a sense that their contributions were satisfactory, even exceptional.

But I wondered how far this praise was deserved. So I started to investigate reports of the contributions made by the top ten African billionaires. The highest donation by any of the African billionaires was $55m by Patrice Motsepe, Johann Rupert and Nicky Oppenheimer respectively, making them joint top donors.

Two of the African billionaires simply had no reported donations as of 10 April 2020, namely Mohamed Mansour and Naguib Sawiris, both from Egypt. Indeed, Naguib Sawiris threatened to commit suicide if the curfew in Cairo wasn’t lifted.

Dangote, the richest African, gave around $3.12m. That makes him the smallest donor, excluding those that didn’t bother at all.

Patrice Motsepe comes out well in contrast to Dangote, Patrice is the least rich of the top ten African billionaires but one of the biggest donors.

Compared to Jack Ma’s donation which, based on reported averages of costs, I estimate amounts to over $80mn, all of Africa’s billionaires fall short.

Then there is Michael Bloomberg who announced a donation of $40m (that’s less than a year after he had spent a billion dollars on a failed campaign for the Democratic Party’s presidential nomination) which would place him way above the average donation by the African billionaires of just over $21m.

I should add that the average donation of $21m by Africa’s billionaires is heavily skewed by those three South African donations of $55m each. Most of the other African billionaires donated between $3-7m.

It might seem unfair to compare the African billionaires’ donations to Jack Ma or Michael Bloomberg, as those two have a net worth of $41bn and $51bn respectively.

Dangote, the richest African, has a net worth of $10.1bn, just over a quarter of Jack Ma’s, but his reported donation was proportionately far smaller.

Patrice Motsepe was a shining example: he donated 2.12% of his net worth to this cause, coming in again at the top of the list.

Dangote was the lowest in the ranking: giving just 0.03% of his net wealth to the cause. Jack Ma has given at least 0.21% of his net worth to Africa alone, putting his contribution above six of the richest people in Africa.

Looking at how much Bloomberg and Jack Ma have contributed globally as a percentage of their net worth is outside the realms of this analysis, but it is highly probable that they have devoted more of their net worth than any of the African billionaires to battling the spread of COVID-19 generally.

The value of Ma’s and Bloomberg’s donations to Africa total over $126m. That is more than half of the donations of the ten richest Africans combined at around $212m.

Moreover, each of the African billionaires have focused primarily on their countries of origin, with limited support to pan-African efforts.

On top of that, none have yet suggested using their company’s infrastructure to support the manufacturing and distribution of such important medical resources in combating COVID-19, such as ventilators, Personal Protective Equipment etc.

If they fail, it shows that the richest amongst us in Africa don’t value the continent that enabled to them to generate these riches.

Many of the African billionaires have factories that could be repurposed towards this end, similar in the way that companies have reorganised their operations in the United States and United Kingdom.

The combined geographical footprint of significant business operations across Africa owned by the top ten African billionaires span over 23 countries.

Focusing  solely on their countries of origin is disappointing but it’s also short-sighted and bad business sense.

At the end of the day, African billionaires could do so much more to support tackling the spread of COVID-19 and so far, their effort isn’t worthy of praise.

It’s pitiful, embarrassing and isn’t anywhere near enough given what they have the capacity to do. Even under normal circumstances, according to major the foundations, the average person contributes 3-5% of their gross income to charity.

I identify as Britgerian, which means I feel a duty towards both Britain, as my birth home and Nigeria, as my ideological home.

As a global citizen, my heart pours out to particularly vulnerable people across the world. Everybody is having to engage in their civic duty above and beyond the usual, to rise to the unique challenge that this pandemic presents.

Whether it is sacrificing time with family or donating time and resources to the vulnerable or simply following instructions to stay home, the pandemic is showing us that we are all inextricably connected. No one should shirk the responsibility from making sacrifices to protect our families and everybody else too.

Usual debates about the extent to which the richest amongst us should donate to charitable causes don’t apply in a time of global pandemic.

Ideally, African governments should have been able to handle the lions’ share of the continent’s needs. They would have had the revenue to do so if they had collected tax efficiently from local and multinational corporations and from our wealthiest private citizens, most of whom regard paying income tax as an avoidable business expense.

For now, we don’t have time to waste on these debates. What we need are people who have the ability to do more to help fight this pandemic and its economic consequences. If they fail, it shows that the richest amongst us in Africa don’t value the continent that enabled to them to generate these riches.

Africa deserves to be appreciated and it has to be.

Unless they take more significant action and coordinate healthcare and economic recovery efforts across the continent, this club of Africa’s richest business people stand to lose a significant amount of wealth that they are steadfastly guarding.

A report published by McKinsey at the outset of the pandemic suggested that Africa’s economies would lose between $90bn and $200bn in 2020 alone, which also translates to an average contraction in GDP of up to 3.9%. This will widen inequality and deepen poverty, shrinking the market opportunities for our corporate barons.

This is based on data from official statistics. Most of Africa’s economy is informal and has been hit hard over the last three months of lockdowns and economic shutdowns – so this is probably a gross under-estimate of the damage.

Bottom line: As Jack Ma pointed out, it’s not just Africa that can’t afford the destruction COVID-19 could inflict on our continent. Africa’s future, with a labour force due to overtake that of India’s and China’s by 2050, is a global issue in the 21st century. It’s time the richest in Africa recognised this too.

Ukraine: Where is UN, why aren’t mainstream media talk about it?