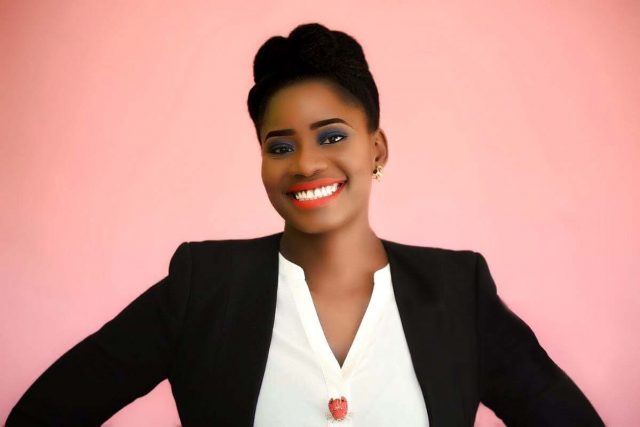 This is the best time in history to be young and African. We live in an era characterised by an abundance of opportunities and young people starting sustainable businesses across the continent. The conversation about Africa is gradually shifting from that of poverty to one about creativity, business, and investment.

“Entrepreneurship is having a transformative effect across the continent as more and more young people are starting their own businesses rather than waiting to be employed by someone,” notes Marcello Schermer, Regional Manager for Africa at Seedstars World, a global startup competition. “Many governments, corporates, investors and ecosystem builders have understood that, which is why you’re seeing co-working spaces, accelerators and all kinds of startup programmes pip up everywhere from Morocco to Mali, to Ethiopia and Mozambique, and anywhere in between.”

Countries like Côte d’Ivoire, the Democratic Republic of Congo, Tanzania, Ethiopia, and many others have taken centre stage as some of the fastest growing economies in the world. Contributing to the continent’s economic growth is a vastly growing number of hungry young entrepreneurs doing wonders across various sectors. Let’s get to know some of them:

Olatorera Oniru is fast becoming one of the prominent names in Nigeria’s booming e-commerce sector. The 29-year-old is the founder of Dressmeoutlet.com, a Lagos-based online fashion retailer. Equipped with a Bachelor of Science degree in Business Administration and Management, and a Master’s in Business Administration, Olatorera has worked for a series of top global companies including Ericsson, Bank of America Merrill Lynch and General Electric.

Motivated by the endless opportunities in Africa, Olatorera decided to put her gleaming career with multinational firms on hold and delve into entrepreneurship. While she continues to fund her business from personal savings, offers have reportedly already started coming in from investors, including prominent Nigerian billionaire Tony Elumelu.

Mike Chilewe Jr comes from a family of entrepreneurs. The 26-year-old business owner is the son of Malawian business magnate, Mike Chilewe. Learning from his father, the younger Mike is making enviable strides as a media entrepreneur. In 2015, he acquired Lilongwe-based Star FM, a struggling radio station that he’s slowly turning into a fruitful venture.

Mike Jr, whose Twitter bio describes him as a “Young African entrepreneur on the road to building an African empire,” also owns Lala Limited, a Malawian holding company that invests in a variety of sectors such as manufacturing, agriculture, transport, and energy. When he’s not busy expanding his empire, Mike takes part in the non-profit organisation Global Business Roundtable, where he gives motivational talks to young aspiring entrepreneurs.

Barclay Okari, 24, is the founder of Impact Industries, a company that manufactures affordable, reusable sanitary pads. He started the company when he was only 19, as a way to solve a particular problem besetting many girls in Kenya’s rural communities.

He volunteered for a teaching job at a girls’ school in Narok, a small town in south-western Kenya. While at the school, he observed that a great number of the girls were missing classes. He discovered that most of them were missing school due to their monthly periods as they could not afford sanitary pads. That’s when it dawned on Barclay that there was a market for an affordable product that can greatly benefit girls and women in rural Kenya.

Taking a loan of $1,500 from his parents, and combining it with his own savings, Barclay set out to develop Safi Pads, an affordable, washable and reusable sanitary towel. Today, his company has sold these pads to hundreds of thousands of women in Kenya and Uganda.

Vanessa Zommi, 21, is one of Cameroon’s brightest young minds. She was just 17 when she started her venture Emerald Moringa Tea, a product aimed at fighting diabetes by reducing blood sugar levels. After her mother was diagnosed with the disease, Vanessa set out to find an inexpensive but effective remedy, and she discovered it in the Moringa tree. This remarkable tree is known for its medicinal benefits, with its leaf containing antioxidants that enable it to treat various types of diabetes and boost the immune system.

Vanessa started processing the leaf and packaging it in the form of tea for easier and enjoyable consumption. What motivates her to expand her business is that her product keeps her community healthy, and tackles her country’s chronic diabetes problem.

At 27, Nkosana Mazibisa is one of Zimbabwe’s most promising young entrepreneurs. The idea to start his own business was planted in his mind during a high school debate about his country’s collapsing economy. He started in mining, where things didn’t work out. But he never gave up. “I realised that I didn’t fail, instead it was a learning process for me. I’ve learnt patience, consistency, and courage,” he says.

Indeed, it is this consistency and courage that saw Nkosana move on to better things. He established Mazibisa Inc, a thriving brand consultancy firm, as well as Swad Taste of India, a fast food outlet based in Bulawayo, Zimbabwe’s second largest city.

Nour Drissi is the founder of online car rental platform Loue1Voiture.com, the first company in Morocco that allows users to compare car rental prices and reserve a car.

The 28-year-old entrepreneur got the idea to start her venture while working as a campaign marketing manager for a car hire company. During that time, she discovered that most car hire companies in the North African country usually suffered from a poor online presence and an absence of online booking and payment options. This realisation spurred her to start Loue1Voiture.com, with the aim to make hiring a car in Morocco a breeze. Nour’s company also gives more visibility to independent and lesser known rental agencies in the country.

As the world increasingly becomes modernised, people tend to lose some aspects of their culture and traditions, including making those traditional dishes that define them. Mogau Seshoene, 27, realised that while most people she met knew how to whip up some Western cuisine, many didn’t know how to make South African dishes. So she started The Lazy Makoti, a cooking startup that teaches its clients how to make local meals.

It all started in 2014 when she taught a friend how to make a traditional meal. The impressed friend went around gushing about Mogau’s services, leading other people to contact Mogau for lessons. As more enquiries started trickling in, she decided to register the business and turn her cooking skills into a livelihood, doing house calls and cooking lessons for small groups as well as selling branded kitchen accessories online and through popup stores.

Not long after opening the business, and with demand for her services increasing, Mogau quit her job in the finance sector to invest her energy into The Lazy Makoti.

Most people would do anything for a chance to study at Harvard University, but not Mubarak Muyika. The 22-year-old entrepreneur turned down a fully paid scholarship to the esteemed university, opting to pursue his entrepreneurial dream.

Mubarak’s new venture, Zagace, is a cloud software that helps businesses manage inventory such as accounting, payroll, stock management, and marketing – all neatly organised into a simple and easy-to-use format called Zag apps.

At 30, Vérone Mankou has made significant strides as an entrepreneur and holds major achievements under his belt. Not only is he the founder of one of Congo’s most successful tech startups, VMK, but the Pointe-Noire-born inventor is also the creator of the first African-made tablet (the Way-C) and smartphone (the Elikia) – feats he achieved when he was still in his twenties.

Today, he has sold thousands of smartphones and tablets to his Congolese customers, and as his company grows, Verone is starting to explore new markets. He has set up a store in Abidjan, Cote d’Ivoire. In 2015, he opened a $2 million factory in the capital Brazzaville, vowing to empower local talent with opportunities.

She was only 21 when she ventured into business, and now Dina Dash, 22, is already shaking up Cairo’s PR and marketing scene. After working for a PR agency for a short while, the American University in Cairo graduate decided to set up her own company. DASH Management does everything from campaigns to product and store launches, to photo shoots and social media management.