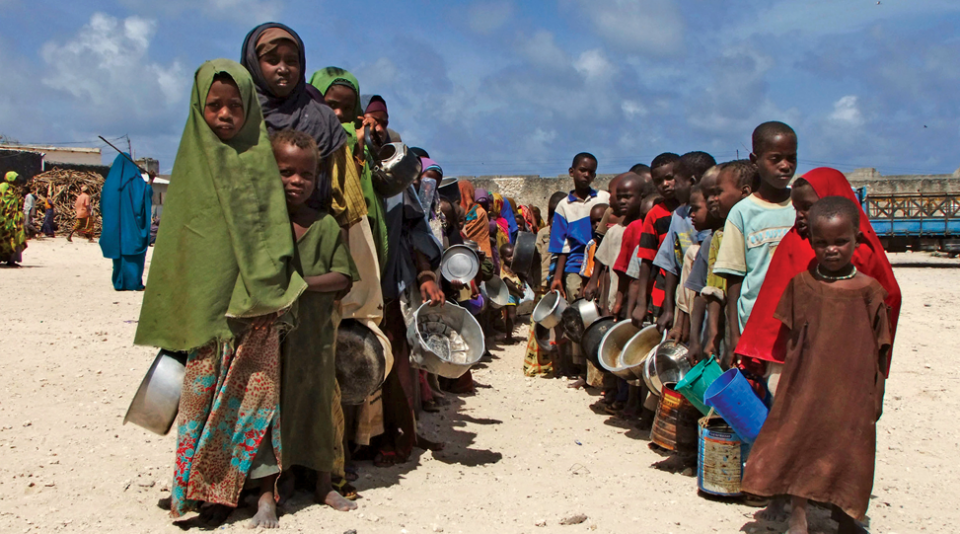 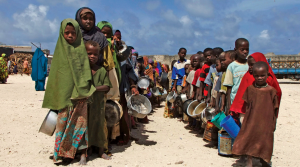 Ukrainian word, Holomodor, generally means “death by hunger” or “killing by hunger, killing by starvation.” Nearly 10 million Ukrainians died between the years 1932-33 as a result of well-planned Soviet policies which caused famine, in 2006 Ukraine’s parliament recognized the Holodomor as genocide., That is why, perhaps, the word has a lot of weight.

Almost a century later, similar strategies are being imposed in Somalia deepening suffering that Somalis go through – for the past decades, food insecurity has been the elephant in the room, begging the question, who is responsible for Somalia’s constant hunger pangs that have affected a majority of citizens?

Experts believe that Non-Governmental Organizations such as the World Food Programme (WFP) and the Food and Agriculture Organization (FAO) are responsible for food insecurity in Somalia. With a multi-million-dollar budget from the international community, these organizations are on the spot for pushing measures that restrict the development of farms, turning Somali farmers into beggars.

World Food Programme (WFP) and the Food and Agriculture Organization (FAO) have been in Somalia for a very long time, claiming to improve food security in Somalia but with zero achievements. Ironically, WFP is not only the food-assistance body of the United Nations but also the world’s largest humanitarian organization addressing hunger and promoting food security. On the other hand, FAO is a specialized agency of the United Nations that leads international efforts to defeat hunger.

Somali scholars in the agriculture al sector say that the W F P and FAO are restricting Somali agricultural production. Farmers who found the activity of some WFP and FAO frustrating echoed the same sentiments, adding that the two organizations act as what they term “the ministry of agriculture in Somalia.”

Apart from donations of food in general, the organizations are making it tough for farmers to do any agricultural activities, by bringing into the market cheap goods and products. The one tactic that seems popular with the WFP and FAO in discouraging farmers from growing is coinciding its food aid distributions to the country’s harvest period.

This is a scenario aims at limitating farmers from producing crops and degrades local crops’ value. An investigation by Warsan Magazine shows that the free donation and distribution of food by international organizations is part of Somali woes.

This approach is the main reason for the hunger and unfortunately, alongside the polices, a strategy intended to accomplish a Holodomor like outcome generally.

“They are making serious mistakes – we don’t want to see them coinciding their food distributions to the time our farmers are harvesting crops to sell them,” a top Somali government official is on the record for putting this out, but unfortunately Senior officials in the Somali government turned a blind eye into these actions with only a few speaking about its harm to the Somali civilians.

Policies by WFP and FAO have turned hundreds of Somali farmers into beggars – food donation is hurting cultivation and the spirit of farming big time. To add salt to injury, in the past, WFP has also been accused of donating a near poison food to the Somali civilians – the government has in some instances managed to get hold of the expiry shipments they were about to distribute to the same people they put off from farming.

Their food was described as non-edible and contaminated. WFP and FAO play a large part in the starvation of the Somali people and must be prosecuted and punished. In 2011 alone, an estimated 300,000 people died during a famine, according to the international community.

Data shows that 2.7 million people cannot meet their daily food requirements today and require urgent humanitarian assistance, more than half a million are on the brink of famine. Another 2.7 million Somalis need livelihood support to keep from sliding into crisis. An estimated 300,000 children under the age of 5 are malnourished, including 48,000 who are severely malnourished and face a high risk of disease and death.

Clearly, for Somalia to self-sustain, farming must be encouraged if the communities are to produce food on their own and not rely on aid. Organizations should not prioritize donations. Instead, they ought to encourage self-sustaining projects like irrigation that outlive individuals.

Unfortunately, WFP and the FAO are doing precisely the opposite. Somalia has considerable productive resources, which offer huge potential for delivering rapid economic growth. These resources include 8.5 million hectares of arable land, more than 50 million livestock and about 1.8 million tons of fish annually for export.

But currently, only 2.3 million hectares are under rained agriculture plus an-other 630,000 hectares under irrigation. What’s interesting is that, despite the civil war, commercial farming (for many years) is till driving Somalia to greater heights. With banana production leading the pack, other farm products include sorghum and corn, and most importantly, sesame.

In fact, Somalia has been the 12th largest producer of sesame in the world, giving the country a substantial role in the global sesame trade – available reports show that sesame production in Somalia has increased by seven-fold since 1991. It is at the back of this that the policies pushed by the WFP and Somalia is never going back to the good old days in agriculture.