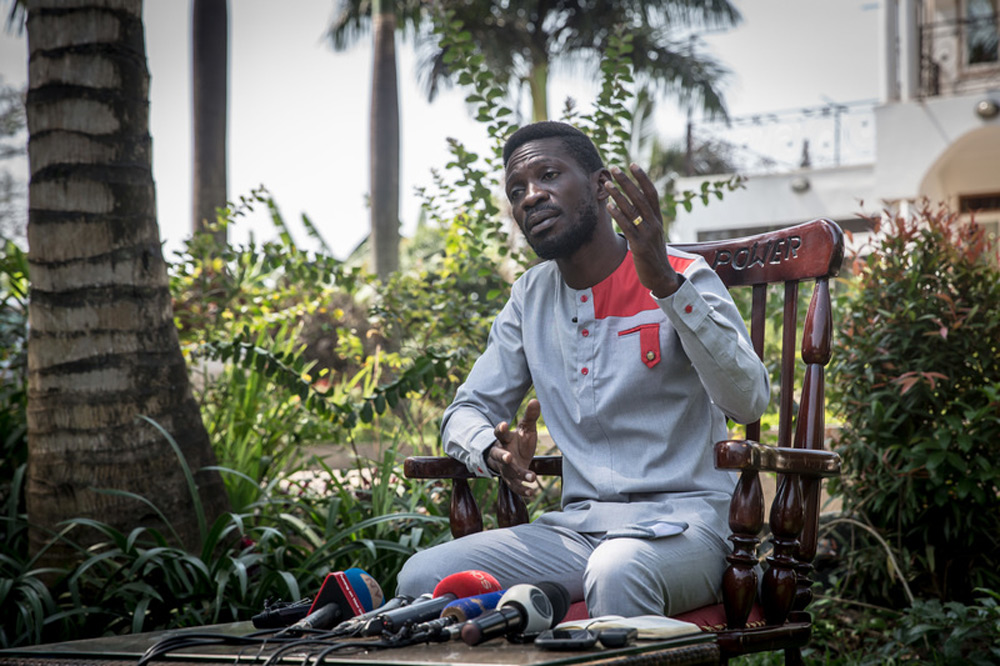 The United Nations Commission on Human Rights (UNCHR) has raised a red flag over the rising human rights violation cases in Uganda ahead of presidential and parliamentary elections slated for January 14.

According to the press statement by the UNCHR spokesperson, Ms Ravina Shamdasani, numerous human rights violations have been reported including; violation of the rights to freedom of expression, peaceful assembly and participation, arbitrary deprivation of life, arbitrary arrest and detention, and torture. She says these violations will not only pose challenges on the voting day, but also during the post-election period.

The rights commission indicates that between 18 and 20 November, at least 54 people were killed during riots and protests in at least seven districts across the country over the arrest and detention of two opposition presidential candidates, Robert Kyagulanyi alias Bobi Wine, and Patrick Oboi Amuriat.

“Indeed, the harassment, ill-treatment, arbitrary arrests and detention of opposition candidates and supporters have been a worrying development during the electoral campaign. Kyagulanyi, the candidate of the National Unity Platform (NUP), has been blocked from holding campaign activities several times,” the statement reads in part.

“Among recent incidents, Amuriat, was arrested on 2 January as he was campaigning in Nakasongola District and released on bail later the same afternoon. Journalists covering his campaign were reportedly beaten by security forces and ordered to delete videos and photos.”

The statement further indicates that in light of the Presidential Directives on Covid-19 issued on March 18, 2020 and subsequent regulations by the Ministry of Health, the Electoral Commission of Uganda on June 16, issued a new Revised Roadmap for the 2020/2021 General Elections with restrictions targeting mostly opposition candidates. 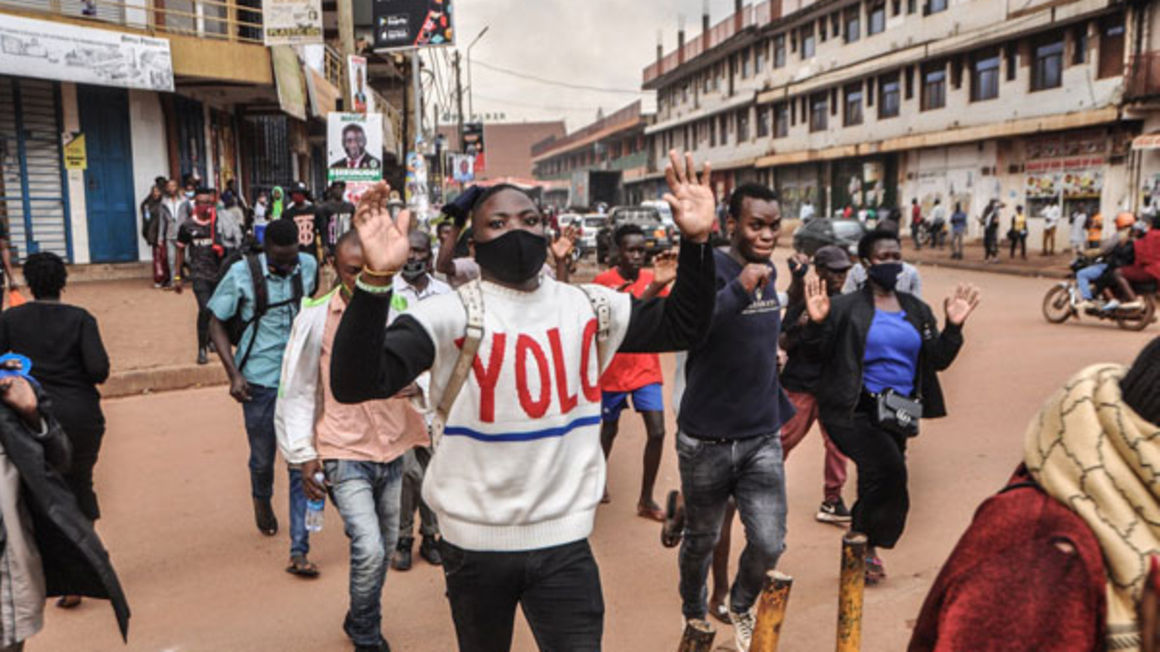 People walk with their hands raised up in Kampala during the riots on November 18 where scores were shot dead after the arrest of presidential candidate Robert Kyagulanyi, alias Bobi Wine. PHOTO | STEPHEN OTAGE

“The revised Roadmap provides for what are termed low-human contact elections or “scientific elections”, prohibiting mass rallies during the electoral campaigns and providing for digital electoral campaigns. The rule was subsequently reviewed to allow campaign meetings with a maximum of 70 and later 200 people and suspending campaigns in 16 districts. Human rights law, under certain circumstances, may allow for restrictions to mass gatherings and physical campaigning for public health reasons.  However, we have increasingly observed that the Covid-19 restrictions have been enforced more strictly to curtail opposition electoral campaign activities in a discriminatory fashion,” the statement further reads.

The commission cites an example of over 100 NUP supporters who were arrested in Kalangala when security forces blocked a campaign event by Kyagulanyi for violating Covid-19 measures saying police have not enforced Covid-19 restrictions in such a strict manner for electoral campaign activities by the ruling party.

“Such developments increase concern that the Covid-19 measures are being used as a ground to restrict public freedoms and political participation during the electoral process.  We are also concerned that the discriminatory enforcement of such restrictions has led to violence, arbitrary arrests and detention, and, in some instances, reports of torture and ill-treatment by security forces,” the commission says.

It has therefore asked all the Ugandan authorities to protect the rights to freedom of expression and peaceful assembly and to ensure a free and peaceful election process that guarantees the right of the people of Uganda to participate in their country’s public affairs, including by taking measures to prevent instances of electoral violence.