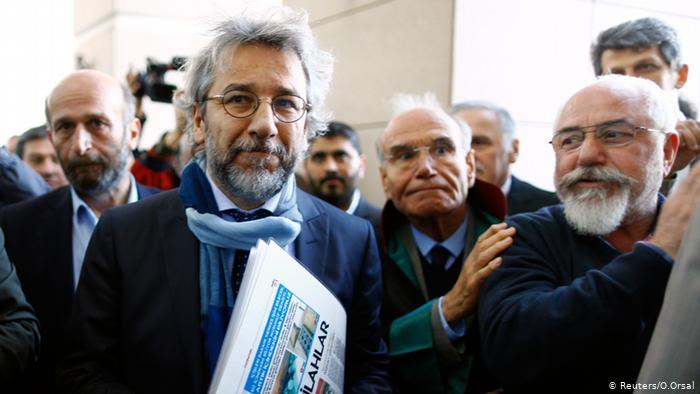 The former editor-in-chief of Turkish opposition newspaper “Cumhuriyet” has been charged with terrorism and espionage. He fled to Germany in 2016 amid Ankara’s crackdown on journalists after a failed coup.

Turkish journalist Can Dundar has been sentenced to more than 27 years in prison for allegedly supporting terrorism and “military or political espionage.”

Currently in exile in Germany, the former editor-in-chief of Turkish opposition newspaper Cumhuriyet was tried in absentia.

Judges at Istanbul’s Caglayan courthouse issued the verdict despite the absence of the defense team. Dundar’s lawyers said they would not attend the final hearing, slamming the charges as politically motivated.

“We do not want to be part of a practice to legitimize a previously decided, political verdict,” the lawyers said in a written statement on Tuesday ahead of the hearing.

The court delayed its verdict earlier this month after Dundar’s lawyers asked for the judges to be replaced to ensure a fair trial. The court rejected the request.

Who is Can Dundar?

Dundar fled to Germany in 2016 to escape legal charges after being convicted of espionage for publishing a story about Turkish arms shipments to Syrian rebels in 2015.

Turkish President Recep Tayyip Erdogan had warned Dundar would “pay a heavy price” for the Cumhuriyet report exposing Turkey’s intelligence agency while he was leading the newspaper.

During his exile in Germany, Dundar was given 15 days to return to Turkey but he opted not to.

The court declared Dundar a fugitive and ordered the seizure of his assets in Turkey including four properties in Ankara, Istanbul and Mugla as well as bank accounts in his name.

In October, the European Union warned Ankara that it was eroding democratic values and said Turkey’s chances of ever joining the bloc were evaporating.