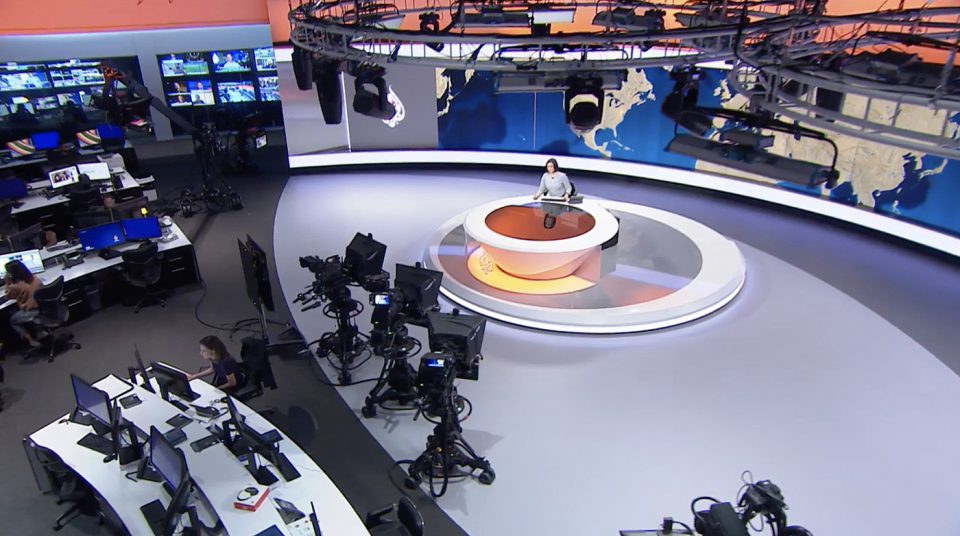 The timing combined with Emirati lobbying efforts makes it likely that the order was part of the UAE-Israel deal.

The United States Justice Department has ordered AJ+, a subsidiary of the Al Jazeera Media Network, to register as a “foreign agent” following a normalisation deal between Israel and the United Arab Emirates, prompting criticism the move is an attempt to “hobble” AJ+’s journalism to placate the UAE’s international ambitions.

Lobbying documents obtained by TRT World give a glimpse into the UAE’s lobbying efforts to have AJ+ and other sections of the Al Jazeera Media Network classified under the Foreign Agents Registration Act (FARA); a 1938 law that that requires people working in the interests of foreign powers in a “political or quasi-political capacity” to disclose their financial and working relationship with the foreign country.

Through this alleged control, Qatar is able to use Al Jazeera as a “soft power” tool to influence and promote its own foreign policy, the report claims.

The circumstances surrounding why only AJ+, and not other Al Jazeera-linked companies registered in the US, was ordered to register with FARA remain unclear.

However, the report takes honed aim at AJ+, Al Jazeera’s social media-focused video service, by claiming it seeks to “influence US elections”.

These “critical positions” appear to include encouraging people to vote and explaining why their votes “count” in a video that details the US’ Electoral College system of electing the president.

Ahead of Election Day in 2016, AJ+ published videos explaining the “antiquated” electoral college system with captions like “3 Ways To Steal An Election”.

The report notes that AJ+ has amassed over 10 billion “views on Facebook alone and currently has 11 million followers” when describing its reach.

Al Jazeera claims it was informed of the Justice Department’s order on September 14, the day before the UAE and Bahrain signed normalisation deals, now called the Abraham Accords, with Israel in Washington, DC.

Al Jazeera told the New York Times the move appears to be a condition of those accords: “The UAE has confirmed it presented the United States with preconditions prior to announcing the Abraham Accords, and we received DOJ’s letter the day before the UAE signed the Accords.”

Ros-Lehtinen, who was a Florida Representative from 1989 to 2019, noted in the report’s author’s note that she “was engaged to represent the Embassy of the [UAE] as part of my work with Akin Gump Strauss Hauer & Feld LLP,” a prominent DC lobbying firm.

According to filings, Akin Gump, as it’s normally called, received $673,366.10 in disbursements from the UAE’s embassy in the US for the six month period that ended on June 30, 2020.

“I am proud to support the UAE and to continue my close association with it because the UAE is a key strategic and economic ally of the United States,” Ros-Lehtinen said in the report.

Shuttering Al Jazeera has been a stated goal of Saudi Arabia, the UAE and others since they started the blockade on Qatar in 2017.

Al Jazeera’s statement concluded: “Hobbling Al Jazeera was one of the top conditions of the UAE’s blockade against Qatar and the Justice Department just gave the UAE what it wanted.”

AJ+ Editorial Lead Tony Karon reacted to the decision by writing that “AJ+ is going nowhere” and comparing the network to the BBC: “We’re no more a voice of the Qatari government than the BBC is a voice of Her Majesty’s Government.”

The report also claims that US authorities should be concerned about Qatar’s alleged impact on the common US citizen through Al Jazeera English, which is in the same league as the New York Times and the Washington Post, due to their similar Facebook followings.

“Al Jazeera English has 13.7 million followers and AJ+ has over 11 million followers”, the report says, going on to say this “puts the reach of both of these English-language, US-facing Al Jazeera brands among the ranks of major US outlets.”

The New York Times’ 17 million and the Washington Post’s 6.5 million followers on Facebook are cited, along with CNN (35.5 million) and Fox News (20 million).

The report also claims Al Jazeera English promotes Iran and Hamas, the governing party in Gaza which the US considers a terror organisation, through its wide reach.

Among many allegations to support its claim, the report says that Al Jazeera publishes reports that say the US withdrawal from the 2015 Iran nuclear deal spearheaded by US President Donald Trump was ’strategically incoherent’ and that it will ‘further isolate the U.S. from its European allies’ and lead to ‘wider proliferation of nuclear weapons and regional tensions in the Middle East’.

The report cites an analysis piece that quotes independent analysts, many of whom are based in the US, who made similar claims.

While these are large numbers, the usefulness of social media likes has long been questioned by research. Likes do not always equal page views, researchers who study media claim.

Some services that rank websites by engagement, such as Amazon’s Alexa, rank Al Jazeera English far below the New York Times, CNN in the US and even RT when looking globally.