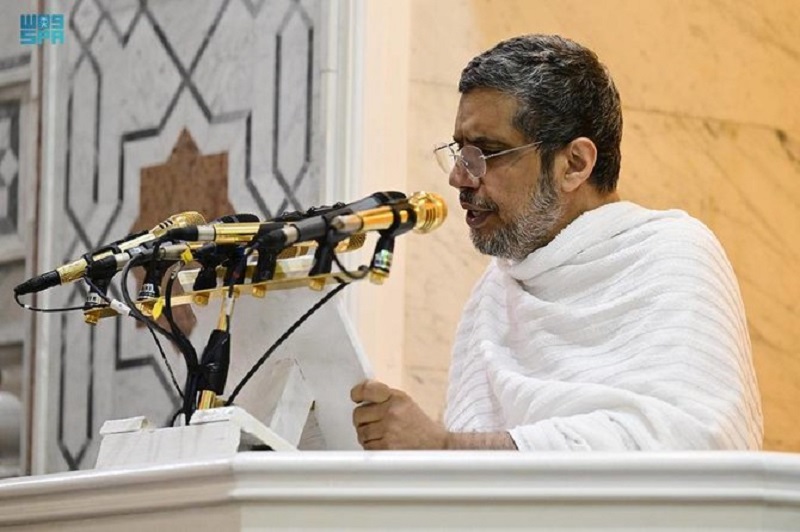 It is ordinarily not worth keeping track of every controversy on social media generated by popular Islamic televangelists and clerics. The media-savvy ones perfected the Donald Trump technique long before there was a President Trump.

They will often say provocative or outrageous things on their social media accounts or television appearances, often things that their most diehard acolytes have thought or quietly verbalized. One example is the recent statement by Egyptian celebrity televangelist Mabrouk Attia, who in the wake of the murder of a college girl, Naira Ashraf, on campus by a man whom she rejected for marriage said that women in Egypt should wear the hijab on the street to avoid being murdered.

They will then often couch their statements as declarations of truth in the face of a world hellbent on silencing them (sound familiar?), when in reality they are backed by legions of followers inculcated in values promoted for decades by the Saudi Wahhabist establishment and tolerated by a state that often uses them to burnish its own religious credentials. They give voice to some of the most nativist trends in society — sectarianism, rejection of the other, authoritarianism, intolerance and misogyny, among others.

The past few days, though, featured a more interesting controversy. Last week was the culmination of the annual hajj pilgrimage. Before descending on Mecca for the final rites of the season, millions of pilgrims ascend Mount Arafat, a hill outside the holy city dubbed the “mountain of mercy,” for a day of prayer and reflection. The ritual is significant as a capstone moment during the hajj and is transformational on a personal level because the act symbolizes rebirth, with all the sins of the pilgrims wiped out at the end of their meditation.

The event usually passes without incident, but it created a firestorm of commentary because of the imam chosen by the Saudi organizers to deliver the Mount Arafat sermon this year. The cleric in question is Mohammed al-Issa, a former senior Saudi religious official and the secretary general of the Muslim World League, who was appointed to deliver the sermon for the first time. The NGO, based in Saudi Arabia, had courted controversy in the past because of suspected links or sympathies with terrorist groups but has more recently sought to play a role as a promoter of interfaith dialogue.

Issa is emblematic of this approach. He has been derisively dubbed the “Zionist Imam” for participating in seminars with Israeli Jews. His most significant and symbolic interfaith gesture was a visit to Auschwitz in 2020 to commemorate the Holocaust and the camp’s liberation by the Allies, where he also led a prayer for the visiting Muslim delegation. The symbolism of a senior cleric kneeling and prostrating during a visit to the concentration camp cannot be overstated, given widespread Holocaust denialism in the region that is influenced by general anti-Israeli sentiment after decades of war and Palestinian oppression. Issa has also generally been a promoter of a more moderate version of Islamic practice, urging Muslims abroad to assimilate better in their societies and follow rules even when they seem to target Muslims, such as hijab bans.

Issa’s appointment to lead the prayers on such a significant day was interpreted as a conciliatory gesture by the Saudis and a pro-normalization move. The kingdom has yet to sign a peace treaty with Israel, despite its allies in the Gulf, the UAE and Bahrain forging ahead with the Abraham Accords. The appointment sparked controversy in social media, with anti-normalization groups condemning it as kowtowing to Israel. A slickly produced pro-Issa video highlighted disinformation about his interfaith initiatives and blamed such acts on the Muslim Brotherhood.

The sermon itself was boilerplate and innocuous, urging good deeds and adherence to the pillars of the faith, standard fare for such an occasion. But it was interesting also for other reasons, such as the demonstration of the state’s power over the religious establishment as well as how it exerts influence over it to serve its political goals and shifts positions on what it will tolerate in terms of religious speech.

Those who grew up attending Friday sermons or night prayers during Ramadan will know that antisemitic speech and the conflation of Judaism and Zionism are not uncommon. Arab states have long channeled and deflected discontent at their authoritarianism, corruption and incompetence by highlighting Israeli abuses, a track that the clerical establishment embraced with relish. It was quite common to hear imams in prayers calling for God’s intercession in support of the oppressed Palestinians and asking him to defeat the “grandchildren of apes and pigs,” a reference to an apocryphal story about a Jewish town that was supposedly punished for violating the Sabbath by being transmogrified into animals.

Issa’s defense when criticized for behaviors that supposedly promoted normalization with Israel was to make the distinction between Zionists, which he said he opposed, and followers of Judaism, with whom he sought to promote dialogue and tolerance.

This is emblematic of a broader culture shift as normalization takes hold in some corners of the Arab world — and the limitations of that top-down approach to peace. The UAE for example has dived headfirst into normalization efforts, seeking to broaden that relationship from a political pact into one that spans various cultural, military, technological and trade relationships. Compare this with Egypt, which actually fought multiple wars with Israel before signing a peace treaty nearly half a century ago and where it is still political and social suicide to express a desire for full-scale normalization of the type the UAE is pursuing. More subtle approaches have also been attempted, such as a Ramadan soap opera a few years ago called “The Jewish Alley” that sympathetically portrayed Egypt’s Jews in the 1940s, a far cry from the usual one-dimensional portrayals in cinema and television.

Whether these approaches succeed, and what they say about the state’s power over religion, will become evident in the coming years. That power has the potential to reshape society, for good or ill.

Propaganda when Preparing or Justifying War