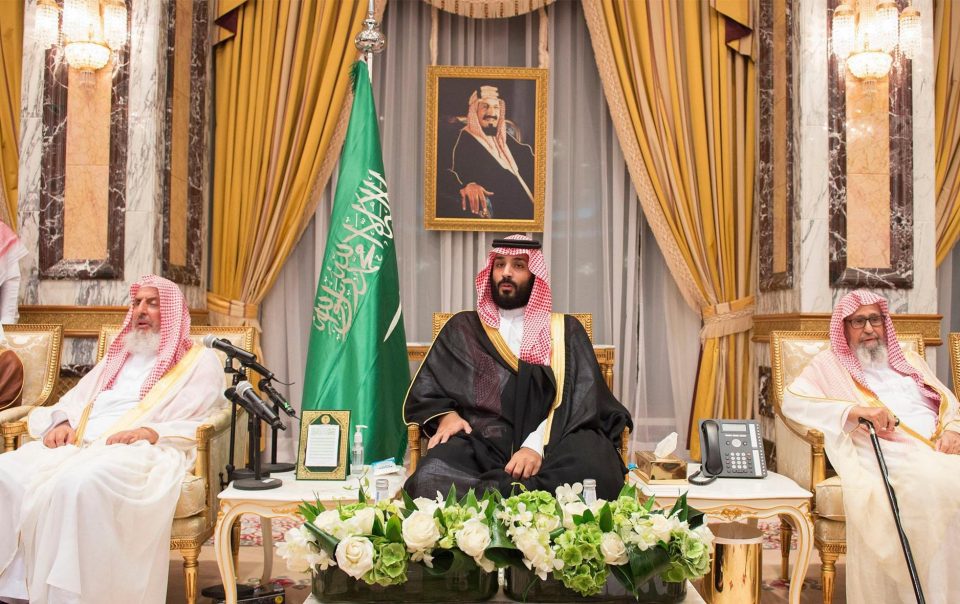 Amid simmering differences and even tensions between the US and Saudi Arabia over the oil price crisis, media reports said that the Saudi Arabian Crown Prince Mohammed bin Salman in his first contact with the new Iraqi Prime Minister Mostafa al-Kadhimi called for Iraq’s mediation between Saudi Arabia and Iran.

The news first was published by the Middle East Eye news website, attracting wide-ranging attention of media and analysts.

The mediation between Riyadh and Tehran has been up for over the past year and pursued by the Pakistani PM Imran Khan and the former Iraqi PM Adel Abdul Mahdi, both of whom visited the two countries reportedly carrying messages from the Arab kingdom. Their efforts have so far had no tangible outcomes, however. The two countries’ tensions not only did not relax but also increased.

But how serious is Saudi Arabia in its show of willingness to mend the badly damaged ties with the Islamic Republic of Iran? To give an answer to this question, first, we need to see the requirements of the emergence of such a transformation of views of the Saudi leaders.

Without any doubt, the most important reason the Saudi crown prince wants to open the doors of dialogue with Tehran through mediation is the impasse the Saudi foreign policy is experiencing in the current conditions. The Saudis are having foreign policy predicament at least in four areas.

First, when the American President Donald Trump exited from the Iran nuclear deal in May 2018 and bilaterally reinstated all of the sanctions that were eased under the landmark agreement of 2015, Saudi Arabia showed full advocacy to Trump’s behavior, thinking that the Islamic Republic will not withstand the “maximum pressure” policy and sanctions it was exposed to by the Trump administration.

Now and after two years, bin Salman and the other political and security decision-makers in the Arab monarchy reached the conviction that not only Iran has withstood the reimposed economic restrictions but also the growing pressure on Tehran very dangerously brings huge risks to the US allies in the Persian Gulf.

A good example is the tensions over the past months in the Persian Gulf and the Strait of Hormuz, the strategic Iranian-dominated water crossing through which a huge part of the region’s oil flows. Tehran several times warned that oil exports and security should be for all or nobody. Another incident showing the Saudi vulnerability was the Yemeni Ansarullah Movement attack on the Saudi oil giant Aramco in September 2019. The drone and missile strike cut to half the Saudi oil output as it inflicted huge damage on the oil processing facilities in the two sites of Abqaiq and Khurais in eastern Saudi Arabia. The Saudis had great expectations of protection of their oil sites when attacked but Washington did not take serious steps, leaving the Saudis in disappointment.

Second, as the American policy of maximum pressure against Iran shows its signs of failure, the Saudi-American equations and relations are changing. Just contrary to the first three years of his presidency in which Trump supported the Saudi prince and his policies even when the Congress developed sentiments against the kingdom, now the American president has scaled down his support to the Saudi de facto ruler.

Over the past weeks, the Saudi increase of oil output as part of a competition with Russia over the global oil market riled Trump. That was because the unprecedented oil slump reflected negatively on the US shale oil industry, rendering the American energy companies discontented at the Saudis and even Trump. Some US senators even talked about punishing Prince Mohammed for his excesses. This pushed Trump to appease the lawmakers by considering cutting the US troops and also withdrawing the Patriot missile defenses from Saudi Arabia. This sends a warning to the Saudi prince, making him feel he has lost the big supporter at the White House. He now thinks that the Saudi-American relations could face big troubles in the future.

Third, the Saudi policy defeat in the Yemen crisis is driving a shift in the Saudi approach and stances. The war of attrition and the inability to put an end to the crisis on the ground pushes the Saudi leaders to the feeling that they sooner or later will need to choose de-escalation and settle the crisis using diplomatic channels. Bin Salman very well knows that the route of any Yemen settlement crosses Tehran. He knows that in the long run it is Riyadh and Tehran that should have peaceful coexistence and there is no guarantee the US remains forever supporter to the kingdom in West Asia.

Fourth, one of the main points of bin Salman hope to run his anti-Iranian policy was alliance and cooperation with the UAE. Actually, the crown prince in his anti-Tehran policy never felt alone and saw Abu Dhabi as a regional heavyweight standing by his agenda. But he was wrong. Their alliance is faltering and at risk of full collapse as the Emirati leaders are showing a strong will to mend ties and normalize with Iran.

The question is how serious is Saudi Arabia about the intention to start a dialogue with Iran? What will be the possible Iranian reaction to the suggestion?

Glaringly apparent, Iran since the day Saudi Arabia in 2016 cut off its diplomatic ties with the Islamic Republic said it was ready to directly talk and relax the tensions with good faith. The Iranian President Hassan Rouhani, Foreign Minister Javad Zarif, and other officials found it good for Tehran and Riyadh to engage in regional de-escalation talks without the meddling of foreign actors. Iran’s peace proposal, officially dubbed Hormuz Peace Endeavor (HOPE), raised with the Arab capitals by the Iranian FM is the symbol of Iranian pro-peace efforts. These moves by Tehran tell us that Iran not only does not consider Saudi Arabia an enemy but also it sees it as a heavyweight player in the regional equations with which the relations should be mended as soon as possible for the good of mutual and regional interests.

But so far, bin Salman and other Saudi officials have not shown any serious will to de-escalate with Iran. This was the main reason the mediatory efforts by Imran Khan and Abdul Mahdi went nowhere. The deadlock in the Saudi-Iranian relations can be opened through peace in Yemen.

Besides condemning the massacring of the innocent Yemenis and the five-year-long blockade on the already impoverished nation, Iran did not hide its suggestions to Saudi Arabia to help settle the crisis by arranging intra-Yemeni dialogue without foreign meddling. Also, should the Saudis view the regional and especially Yemeni developments pragmatically, the HOPE initiative of Iran can address a significant part of the Saudi security concerns on the Arabian Peninsula developments. Unless the Saudis choose to be realistic and seriously consider regional peace, a de-escalation of tensions between the two actors remains unachievable.

The article is first published in AlWAGHT News

Sanctions …a tool for the West’s expansionist project