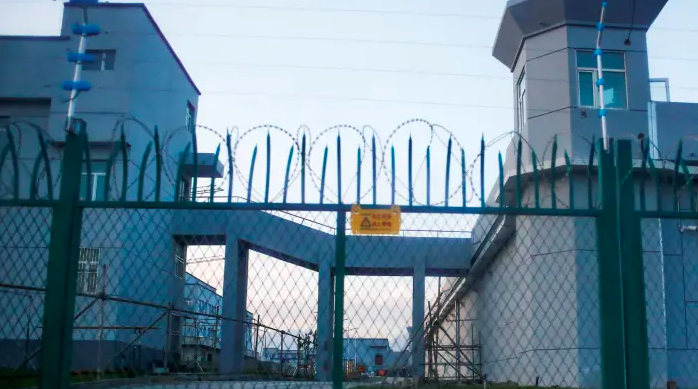 The ambassador’s denials were to be expected: they are invariably China’s first response when challenged about the mistreatment of its own citizens. Indeed, the mass internment of large sections of the Uighur and other minority populations were denied until the evidence became incontrovertible, after which the argument moved to the treatment of the inmates. How long were they being imprisoned for? What were the conditions they were being held under? Why had they been detained?

These have not been easy questions to answer. In his BBC interview on Sunday, Liu Xiaoming complained of false accusations being made at China, and about a lack of evidence to support them. At the same time, however, China rigorously controls the information that crosses its borders. Foreign academics and journalists who have attempted to gather details are regularly denied access, or followed and directed by Chinese officials. Chinese researchers do not even attempt such investigations. During my own time in Xinjiang, where I spent nearly two years conducting my PhD research, the police and security forces presence was pervasive and oppressive. In the time since I left in 2014, it has intensified enormously.

Nonetheless, evidence builds up. Former staff and inhabitants of the so-called “re-education centres” – where inmates are expected to abandon their religion and cultivate loyalty to the state – have travelled abroad and shared their experiences, satellite data has confirmed the construction of the camps, and journalists and researchers have covertly visited Xinjiang or made contact with friends in the region.

More damning, however, has been the evidence gathered from the Chinese state itself. An early peer-reviewed paper that allowed for estimations of the scale of the incarcerations drew on public recruitment notices and government procurement and construction bids for the new facilities, while the leaked “Karakax list” has detailed reasons for hundreds of internments in one county of southern Xinjiang, including such offences as having relatives abroad, or having had too many children.

The ambassador’s claims regarding the “happy” lives and “equal” treatment of the Uighur population are contradicted by decades of scholarship and testimony that have described steadily increasing pressure on Uighur language, religion, and cultural practices, as the state has attempted to force the Uighur population’s assimilation into the Han majority. This can partially be understood as a product of China’s national history. The long record of invasion and interference in its affairs by foreign powers, from Britain to the Soviet Union, has left it wary of any perceived threats – including the possibility of religious or ethnic separatism – to its integrity.

Beyond this, however, more immediate concerns have fed into the rapid intensification of China’s oppression of Xinjiang’s minorities. The 2009 ethnic riots in the region’s capital, Urumqi, as well as multiple acts of violence by Uighurs, both in Xinjiang and elsewhere in China, spurred forceful and often indiscriminate security campaigns that drew legitimacy from the international focus on terrorism after 9/11.

Adding to this, since 2013, has been China’s $1tn-plus Belt and Road Initiative (BRI), an infrastructure megaproject of railway lines, roads and shipping ports. Intended to expand Chinese influence and better connect its exports to consumer countries, the BRI is among the most ambitious projects of its kind in history. Its land routes, however, pass through Xinjiang, raising its economic importance from a peripheral producer of raw materials to a lynchpin of China’s commercial future.

This is not something that China is willing to risk with even the possibility of regional instability. The mass arrests, ubiquitous surveillance across the region, imposition of state observers into people’s homes, and forced labour can all be understood as part of efforts to preclude it.

It is the situation in Hong Kong – where a vaguely worded national security law written in Beijing has put paid to the territory’s political freedoms – it seems, which has finally moved the British government to respond meaningfully to human rights infringements in China. The evidence of such violations in Xinjiang has been clear for years: the “new” drone footage of the mass transport of blindfolded, shaven Uighur men shown to Liu Xiaoming by Andrew Marr has itself been available online for almost 10 months, and parliamentary groups have discussed the details with experts on multiple occasions.

Now, however, as Britain has thankfully recognised its responsibility to offer sanctuary to the people of Hong Kong – much to the displeasure of Beijing – it seems likely that the situation in Xinjiang will be addressed. Earlier this month, the US used the Magnitsky Act, which had originally been passed to punish Russian human rights offenders, to sanction multiple Chinese officials considered most responsible for the abuses in Xinjiang.

Sanctions of this kind, of course, will not be enough on their own to change Chinese domestic policy. But the sustained attention of journalists, scholars, and – latterly – politicians on what is happening in Xinjiang seems to have had an effect. Propaganda efforts by China to present the “training centres” in a positive light demonstrate its sensitivity to this attention, and there is evidence that some prisons that were used at the start of the mass internment programme have since been closed.

At the same time, however, there is evidence that many prisoners have been moved into the formal justice system, or sent as forced labour to factories around China. There is no ethical choice but to keep the pressure up.

• Dr James McMurray is a research associate in anthropology and a member of the Asia Centre at the University of Sussex.

Libya set to explode again as foreign players go all in