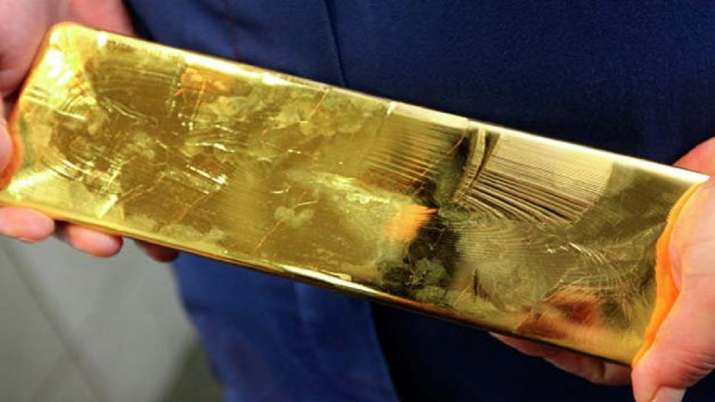 30kg of gold was seized from a UAE diplomat’s baggage in Kerala (FILE-Reuters)
Questions raised about gold found in diplomatic baggage sent from the UAE to consulate in Kerala, discovered ‘in bathroom fittings’
By Muhammed Afsal

At the centre of the storm is gold worth more than $2m, weighing 30kg and placed in diplomatic baggage sent from the UAE to its consulate in Kerala, the south Indian state from which thousands of workers are employed in the Gulf nation.

The diplomats themselves have not yet been directly implicated in the case, but a suspected Indian former employee, Swapna Suresh, has claimed her only link to the cargo was in making enquiries at the request of the consul-general.

Suresh is currently on the run, but in a bail application made by her lawyers and passed to them through several intermediaries, she has tried to transfer any blame on to the consulate, which she said she still works for on a “request basis” despite leaving last year.

Another Indian former employee of the consulate, Sarith Kumar, was taken into custody soon after the gold was found.

Soon after Kumar’s arrest, the UAE embassy in India rushed to emphasise that he no longer worked for the consulate.

“The employee in question was fired for misconduct long preceding this incident,” an embassy statement on Tuesday said.

However, Kumar appears to have still been taking advantage of the privileges of his previous job for several months, with customs saying he had been using a fake consular ID.

It has been Suresh’s bail request that has been the source of much of the latest information. Her link to the case has been calls made to customs before the cargo arrived, but she said she was acting on the instruction of acting consul-general Rashid Khamis al-Sheimeili, who took over when his predecessor left India amid the coronavirus pandemic.

A source working at the embassy of a Gulf state in New Delhi, with knowledge of how diplomatic luggage is handled, told Middle East Eye it “cannot be sent or received without the knowledge or consent of the diplomats in the home country and the host nation”.

On Tuesday, Indian news website Newsminute quoted customs sources as saying that the cargo “was officially approved, signed off, secured by a tamper-evident seal and couriered by the UAE government to their consulate in Kerala”.

“Opening diplomatic baggage and finding contraband, though not rare, is a serious issue and India’s National Investigation Agency said the organised smuggling operation may have serious implications for national security.”

Suresh said in her bail application that she worked for the consulate in Thiruvananthapuram, the capital of Kerala, as an executive secretary from 2016 until 2019 and she was often pictured around leading state politicians, including Kerala’s chief minister. The state assembly’s speaker said she regularly represented the consulate in dealings with local politicians.

A news photographer in Thiruvananthapuram told MEE that Suresh was an energetic event organiser for the consulate.

Though she left the consulate in September 2019, Suresh said in her application that she performed assignments on the instruction of the consul-general for the UAE, producing emails she claims to have drafted on their behalf in recent months.

She claims Sheimeili asked her to check with customs regarding delays in receiving the expected baggage on 30 June, and then again the next day.

According to Suresh’s account, the consul-general was first asked by customs to confirm the cargo as his on 3 July and then returned two days later, when, upon the cargo being opened, 30kg of gold was found, concealed in bathroom fittings.

The diplomat insisted his cargo only contained food items, so a search was carried out on former employee Kumar’s residence, and Kumar, who had claimed to be a public relations officer for the consulate, was taken into custody.

“When the clearance of cargo got delayed, the diplomat who was to receive it at the UAE consulate called me and requested to enquire,” she said. “I called and enquired… [the customs assistant commissioner] told me, ‘I will take it up, Madam’. Then the officer disconnected the call.

“I have no role in all these developments related to diplomatic cargo other than this,” she added.

Asked for a comment on Suresh’s claim in her bail application that she’s been working for the consulate even after her resignation, a media relation officer at the embassy said he would share if there’s any “statement from the government side.”

For all other questions, he said: “The UAE has already initiated an investigation into the matter.”

In Kumar’s case, the embassy said that he’d been fired for misconduct – but there was no such clarification regarding Suresh.

On 7 July, the embassy said in a public statement that that it firmly rejects “such acts and unequivocally affirms that the mission and its diplomatic staff had no role in this matter”.