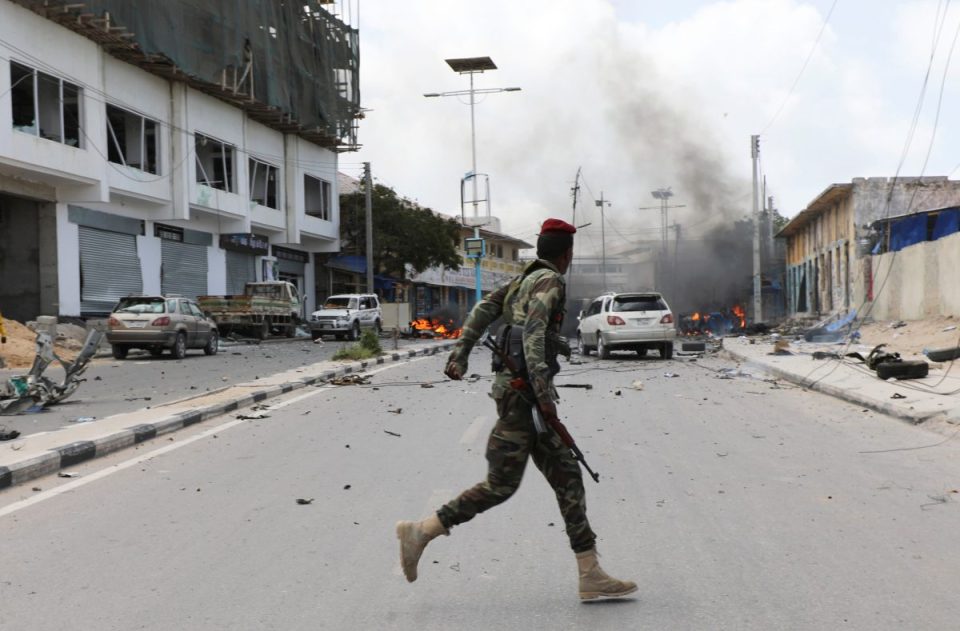 The government and allied clan militias are forcing al-Shabaab militants to withdraw from large areas of central Somalia.
Posted by Warsan magazine on Tuesday 01/17/2023

The Somali authorities are close to achieving victory over the terrorist Al-Shabaab movement, which has received painful blows over the past months, the latest of which was its expulsion from two strategic cities on the coast.

Somali Defense Minister Abdul Qadir Mohamed Nour said on Monday that Somali government-led forces had taken control of the Al-Shabaab stronghold on the Indian Ocean, in one of the government’s most important victories since it launched an offensive against the Islamist group last year.

Nour said in a clip broadcast on state television that the forces captured the coastal city of Harer Tiri, as well as the nearby city of Gilad, in the Somali region of Galmudug.

Harr Tiri was a major base for pirates hijacking merchant ships until 2011.

It was then taken over by the Al-Shabaab movement, which took up arms against the government for the first time in 2007 before declaring allegiance to al-Qaeda.

“Tiri and Ja’ad’s freedom were snatched from the hands of al-Shabaab terrorists,” Nour said.

“This means that Al-Shabaab has been defeated. The rest of the areas will be liberated soon.”

A senior military commander in Puntland said that government forces also took control of the city of Al-Dair in Galmudug on Monday.

Government forces are cooperating with militias and regional forces from Galmudug and forces from neighboring Puntland. Al Shabaab spokesmen could not be reached for comment.

The long-running insurgency led to a severe food crisis in Somalia.

More than 200,000 Somalis suffer from severe food shortages and many are starving to death, and that number is expected to rise to more than 700,000 next year, according to the latest data from UN agencies and aid groups.

The government and allied clan militias have forced al-Shabaab militants to withdraw from large areas of central Somalia since the government launched a major offensive last August.

After his election last May, President Hassan Sheikh Mahmoud pledged to launch an all-out war to eliminate the terrorist youth movement, and declared his intention to wage a real war against what he described as “those whose hearts do not know mercy and who are hostile to our peace.