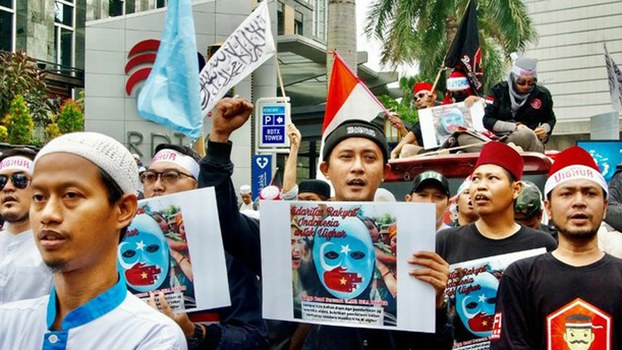 The Uyghur Turks and other Muslim communities in China have asked the United Nations and other international organisations to put pressure on China and investigate the acts of genocide perpetrated against the Uyghurs.

Campaign for Uyghurs, which works for the community and keeps highlighting their status in China, has released a report titled ‘Genocide in East Turkistan’ in which it has listed instances where the Chinese government has persecuted Uyghurs.

The report said that despite the Covid-19 pandemic, the Chinese government continues its oppression and persecution of Uyghur Turks and other Muslim communities for its own political and economic interests.

“The Chinese government sent 1.1 million Han Chinese cadres to East Turkistan to control the daily life of Uyghurs. Their job is to stay in Uyghur homes, share the same bed with them if necessary and to control all aspects of their daily lives,” the report said.

“With the ‘Double Relative Program’ initiated by the Beijing government, Han Chinese cadres make visits at least once every two months and stay for about a week. During the stay, while constantly spreading Chinese Communist Party propaganda, they also spy on them. During these visits, they encourage drinking of alcohol and eat pork, all of which are forbidden in Islam. If a Uyghur requests ‘halal meat’ from the market and if they do not drink, they are declared a suspect and sent to the camps,” it further added.

In order to disrupt the Uyghur family structure, the Beijing administration offers the Han Chinese money, jobs and free homes for these arranged marriages, Campaign for Uyghurs claimed.

The report said that young girls and women are the worst sufferers among the Uyghurs. Campaign for Uyghurs Executive Director Rushan Abbas pointed out that this situation has led to government-sponsored mass rape.

The report goes on the say that the Beijing administration has breached the “Prevention of Genocide” contract which was signed and approved by them before the international community.

“As such, the President of the People’s Republic of China, Xi Jinping, and the Xinjiang Uyghur Autonomous Region Secretary, Chen Quanguo, and other executives are all responsible and accountable for these crimes,” the report said.

It has recommended stripping China of its participatory status on the UN Human Rights Council Panel and has urged the UN to demand immediate, unfiltered access to the entire region of East Turkistan in order to perform independent, unescorted investigations of the concentration camps and factories suspected of using Uyghur forced labour.

The implementation of Han Chinese immigration into East Turkistan and intrusion into Uyghur home should cease, the report said demanding that the United Nations should formally recognise the present events as genocide.