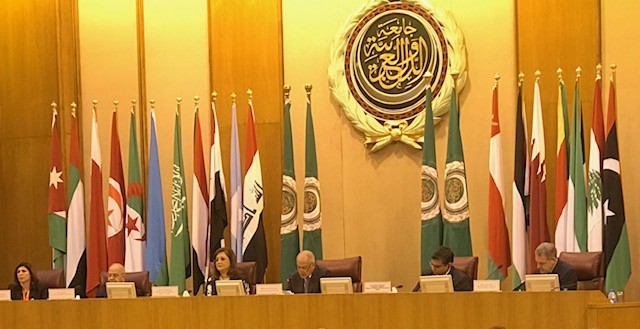 Heads of government from the Arab League usually meet in one of the league’s 22 member states in March for their annual summit with its routine agenda of unifying ranks and pushing for joint action in fresh directions.

Not this year. Plans for a leadership summit scheduled in Algeria last week were shelved, as most Arab countries remain gripped by the Covid-19 outbreak that has wreaked havoc and caused widespread sickness and fatalities worldwide.

The League’s Secretary-General Ahmed Abul-Gheit, attributed the postponement of the annual gathering to “current global developments, especially health conditions that cause concern at meetings and gatherings.”

It is not strange to see Arab League summits marred by cancellations, cutbacks or boycotts by heavyweight leaders due to conflicts or the wrangling over issues.

But the organisation’s lack of action on the terrifying and challenging Covid-19 pandemic that is gripping the world was especially stunning.

The Arab League’s lack of action to ensure adequate coordination of the Arab response as the pandemic strikes remains phenomenal, and for many it has forced a catastrophic strategic failure onto the Arab peoples.

But as the Arab League was put on mute, international organisations continued to battle the Covid-19 virus with whirlwind coordination in order to respond rapidly to the lethal epidemic and its economic impacts.

The United Nations and its specialised agencies have led the international response to the Covid-19 pandemic to help those governments and humanitarian groups standing on the front lines to cope with its consequences.

The UN has taken a series of measures including providing technical assistance and funding to help vulnerable countries battle the spread of the Covid-19 virus, which has claimed thousands of lives across continents and infected more than half a million people.

On 25 March, the UN Secretary-General António Guterres launched the Covid-19 Global Humanitarian Response Plan, an ambitious joint effort by the UN, other international organisations, and certain NGOs to respond to the direct and indirect humanitarian consequences of the pandemic.

Despite hurdles and disputes, the European Commission has also been struggling to work out a comprehensive coordination plan and common European response to the outbreak of the Covid-19 virus on the continent.

EU leaders met last week at a summit meeting to try to hammer out plans to support their economies that have been battered by the coronavirus. During a six-hour videoconference, the leaders discussed plans to set up what has been billed as a new “Marshall Plan” for Europe.

Among the measures they have been contemplating is a credit line worth some two per cent of the member states’ economic output to tackle the economic fallout of the coronavirus pandemic and its financial consequences.

In Africa, government leaders have hurried to discuss the repercussions of the new coronavirus pandemic on the continent and means of dealing with the consequences of this crisis on the fragile economies of its countries.

After a mini-summit via videoconference, members of the African Union Bureau agreed to establish a fund to provide resources to support anti-coronavirus efforts and confront the economic repercussions expected across the continent.

In another sign of multilateralism, G20 group leaders, whose countries account for 80 per cent of the world’s GDP, met last week to look into international efforts to stem the spread of the virus.

In a videoconference summit, the G20 leaders also assessed policy tools to minimise the economic and social damage of the pandemic, restore global growth, and maintain market stability and strengthen resilience.

After the two-hour meeting, the leaders agreed to assess gaps in pandemic preparedness and increase funding for the research and development of vaccines and medicines, an area in which the G20 has also shown interest in the past.

After the new coronavirus pandemic was declared a global emergency by the World Health Organisation (WHO), the world has mobilised to confront the pandemic and fight it across borders, asserting the interconnectedness and vulnerabilities of its different states.

Yet, there has been a broad consensus that the 22-member Arab League is failing in this vital area, not least in coordinating efforts to help the most vulnerable Arab countries in confronting the deadly virus and its dire consequences.

As warning signs of the coronavirus’s spread worldwide emerged in early February, questions were raised as to whether the Arab League would show it had a purpose in times of crisis and would play a role in its member states’ efforts to confront the virus.

In late February, nearly three months after the first reported cases of infections in Wuhan in China, Arab health ministers travelled for a regular meeting at the Cairo headquarters of the Arab League to find out what their countries could do to tackle a problem that had already taken on a cross-border dimension.

A final communiqué issued later said the ministers had called for “maintaining inter-Arab connections” and the “exchange of information and preventive plans to confront the disease” and that they “took notice” of a Saudi proposal to “deal with emergencies and disasters.”

But the communiqué from the ministers lacked specifics and was void of tangible plans of a cooperative nature to deal collectively with the virus, which was soon declared a pandemic by the WHO.

As of Monday, there have been more than 802,831 COVID-19 infections and  around 40,000 deaths worldwide, according to World Meter.

With cases of Covid-19 rising, and the problems in public health systems in many Arab countries and the growing economic costs of the pandemic, this meeting ought to have been a time for the Arab League to assert itself.

According to the WHO’s Middle East Regional Office that serves 22 countries including non-Arab Afghanistan and Iran, two-thirds of the region is now directly or indirectly affected by the Covid-19 emergency with health systems too fragile to rapidly respond to the deadly virus.

There has been no word that the wealthy oil-rich Arab countries in the Gulf will be there to help those Arab countries whose healthcare systems are most vulnerable in handling the outbreak.

The healthcare systems in many Arab countries are already severely stretched, with limited financing and resources to provide hospital beds, intensive care units and the supplies needed to fight the coronavirus.

The potential breakdown of healthcare systems, especially in countries plagued with domestic conflicts, would not only have a drastic impact on their populations’ health, but could also push the countries concerned into further crises that could spread into neighbouring countries.

The coronavirus pandemic has disrupted the economies of nations worldwide, and the Arab countries are not immune to its devastating impacts due to recessionary trends and negative growth rates in both the national and world economies.

While the economies of the oil-rich countries in the Gulf are expected to be strongly affected, the interruption of economic activity is going to exact a heavy toll on the non-oil producing countries as well, and in particular on those struggling with economic hardships, political instability and conflicts.

To avoid an economic upheaval caused by Covid-19 with its dire social and regional security impacts, the rich Arab states must focus on helping the other Arab countries with weak economies, despite the fact that they are fighting their own battle with the crisis.

The Arab League was established in 1945 as a pan-Arab regional cooperation framework that would bring the Arab countries and peoples together and provide a forum to serve their interests.

Among its main goals was to boost relations between its member states and coordinate their development policies through its Economic and Social Council, specialised ministerial councils and collective or bilateral agreements.

While this remains true, the pan-Arab organisation, criticised for being overly bureaucratic and inefficient, should take responsibility for failing to lead and move towards rallying actions and taking bold initiatives to address current challenges.

While the Covid-19 pandemic remains a health and economic issue, it has also markedly changed how politics works, and it is likely to reshape international and regional organisations and their roles in leadership and collective actions.

The pandemic’s long-term geopolitical implications will prove to be just as consequential, especially when it comes to the Arab region, which is already burdened with multiple problems, including long-running conflicts, sectarian tensions, economic crises and political unrest.

Even by the modest goals set by its founding fathers and the standards of its hitherto often dismal performance, the Arab League’s response to the coronavirus challenge has been a flop brought about by unprecedented unpreparedness and perhaps even indifference.