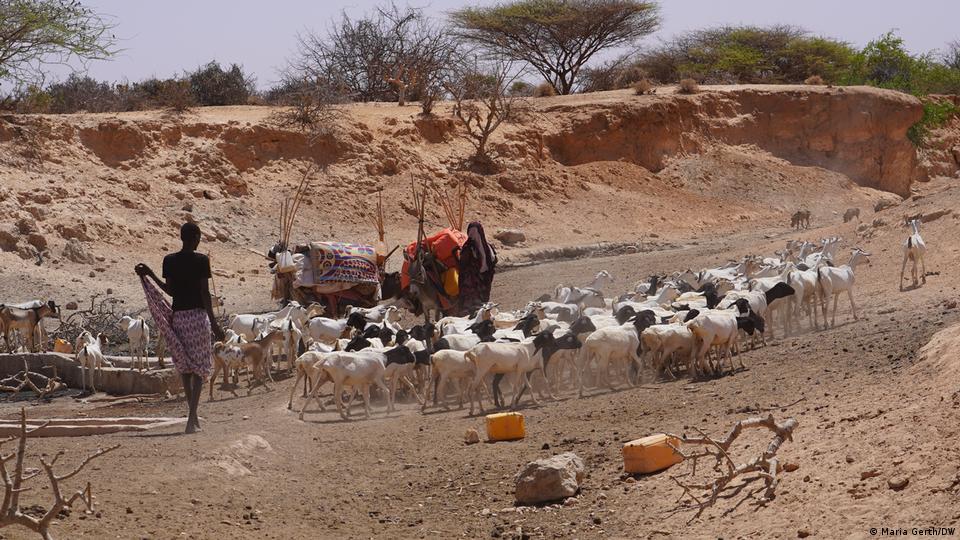 In November 2022, Swiss scientists opened an eagerly awaited package from rural Ethiopia. It was full of shit.

For two months, public health researcher Abdifatah Muhummed had been collecting stool samples from children in a remote, pastoralist community in Ethiopia’s Somali Region, as part of a global effort to catalog and preserve the diversity of human gut bacteria. He split each sample into four tubes, froze them at –80 degrees Celsius, and shipped two of them to Europe.

Trillions of bacteria, fungi, and other microbes live in the digestive tract. Many of them are beneficial to human health—influencing our metabolism and immune system, for example. But their diversity is under threat from industrialization, urbanization, and environmental changes.

When Muhummed analyzed some of the samples he’d collected—culturing them in petri dishes and adding a dye to make them visible under a microscope—he was astounded to find signs of antibiotic resistance, even in samples taken from children who had never been exposed to modern antibiotics.

That’s one of the reasons scientists want to create a global biobank—a Noah’s ark of microbes, so to speak—and permanently store samples from around the world, before it’s too late. “Of course, it is difficult to concretely say what we are losing,” says microbiologist Adrian Egli, who is based in Zurich and is part of the launch team for the Microbiota Vault project.

Stool samples from pastoralists are of particular interest to scientists, because diet affects the human microbiome. “Their lifestyle is totally different from people who live in cities or urban areas,” says Muhummed, a doctoral candidate who collected more than 350 samples as part of a collaboration between Jigjiga University, the Swiss Tropical and Public Health Institute, and the University of Basel.

Pastoralists use milk as a staple food, so their diet is rich in fatty acids. Until now, however, pastoralists have rarely been surveyed in health studies because they are nomadic by nature, moving their flocks of sheep, goats, and camels among the few grazing areas left after years of drought in East Africa. They have little access to medical care.

As more people move to cities, they adopt new eating habits and are exposed to a different environment. Pastoralists in Ethiopia are also starting to buy more foods such as rice and pasta, according to Muhummed. This could change the composition of their microbiome and push the specialized bacteria living in their guts to extinction.

In the Microbiota Vault, tens of thousands of stool samples from healthy people all over the world could one day be permanently stored so that the different species of bacteria are not completely lost. They could even be revived and cultured to treat diseases in the distant future.

There are already dozens of stool banks and numerous ongoing efforts by researchers to sequence human microbiomes, all of whom may want to keep their samples in the vault as a backup. Like Noah’s ark, contributing researchers would divide their samples into two specimens: one for the vault, the other for them to keep locally (suppliers retain ownership of all samples). “It’s a give and take, a win-win for both sides. We provide the infrastructure, but we also get access to the sequencing data at some point,” says Egli. The Microbiota Vault project team, on the other hand, aims to document and publish sequencing data in a standardized form to facilitate international research.

Where the actual vault—currently just a freezer in Egli’s lab at the University of Zurich—will be built is still undecided: It could become part of the Svalbard Global Seed Vault in Norway, or sit in a converted military bunker in the Alps; Switzerland’s political stability, good infrastructure, and links to international agencies such as the World Health Organization in Geneva make it a suitable candidate. The $1 million in funding will cover the pilot phase of the project until 2024.

To realize their vision, Egli and his colleagues first need to test which freezing techniques and preservatives are best to keep the bacteria alive in the long term. They will find this out when the first batch of samples is thawed and sequenced again after two years. “Then we can say which method best preserves microbial diversity,” he says.

Italy and the colonialism of others