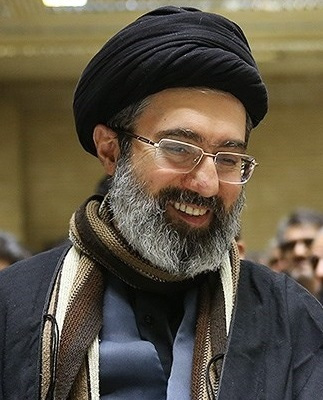 If true, it is unclear if the role is permanent, as it goes against the Iranian constitution’s laws regarding succession.

Taking to Twitter, Ahwaze wrote in Arabic that sources in Iran were concerned regarding the 81-year-old leader’s health, and those close to him are reportedly “very concerned” over his deteriorating condition.

As such, his powers have reportedly been transferred to his son, Sayyid Mojtaba Hosseini Khamenei, aged 51, who currently oversees several important security and intelligence departments in the country. European sources have pegged Mojtaba as a potential successor to the supreme leader’s position for over 10 years, and British news outlet The Guardian even dubbed him “the gatekeeper to Iran’s supreme leader” in a 2009 article.

Ahwaze noted that it is unclear what has caused recent deterioration in the supreme leader’s condition overnight, though he did suspect it could be prostate cancer.

Khamenei’s deteriorating health has also reportedly seen the supreme leader cancel some important meetings, such as a recently scheduled meeting with President Hassan Rouhani, according to Ahwaze.

Khamenei has been in power since 1989, having taken over following the death of the Islamic Republic’s founder, Ruollah Khomenei. However, he has had health issues in the past, and in 2014 had surgery on his prostate. According to French news outlet Le Figaro in 2015, Western sources believed the supreme leader had suffered from prostate cancer.

No official confirmation has been made regarding any potential transfer of power, and media outlets have been unable to confirm it.

The Iranian journalist gained notoriety due to his coverage of the Islamic Republic’s COVID-19 outbreak, despite Tehran’s attempts at downplaying its severity, Newsweek reported.

If his reports are true, it would mean Khamenei is stepping down following increased tensions with the US and Israel, as Tehran blames the Jewish state for the assassination of its chief nuclear scientist Mohsen Fakhrizadeh, on November 27.

In addition, it is unclear if the succession would be permanent, as it goes against the constitution’s rules regarding appointing a new supreme leader.

According to Article 111 of Iran’s constitution, the supreme leader’s successor is to be chosen by the Assembly of Experts, which currently consists of 88 ayatollahs.  In the interim, the country would be administered by a provisional leadership council, which would consist of Iran’s president, chief justice and a member of the guardian council.

However, according to articles from prestigious think-tank the Washington Institute for Near East Policy, it may not be as simple as that, with outside pressures such as the Islamic Revolutionary Guards Corps (IRGC) likely a role in the process, due to the military body’s influence on the Assembly of Experts.