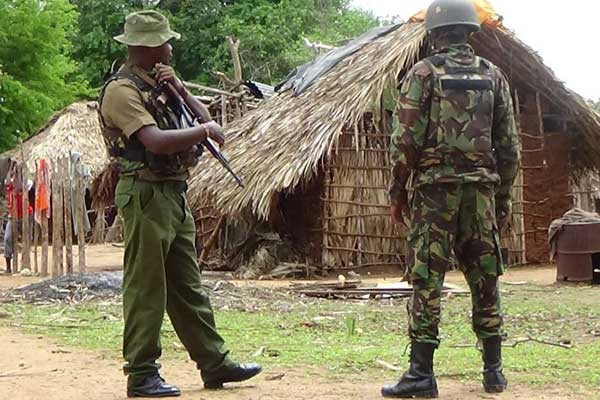 Security agencies in Lamu have repulsed a group of about 50 heavily armed suspected Al-Shabaab militants who attempted to attack Pandanguo Village in Witu Division.

The gun battle which lasted for about five hours started at around 10.30pm Saturday.

Pandanguo Village Elder Adan Golja told the Nation Sunday morning that the group of about 40 to 50 heavily armed suspected Al-Shabaab militants tried to force their way into the village at around 10pm.

Before reaching the village, they met with a farmer identified as Hashim who was tending to his crops.

“The heavily armed men interrogated him for more than 20 minutes, asking him about the security status in our area, including how many police and military camps are there. He told them the place is well-protected, having both GSU and KDF soldiers.