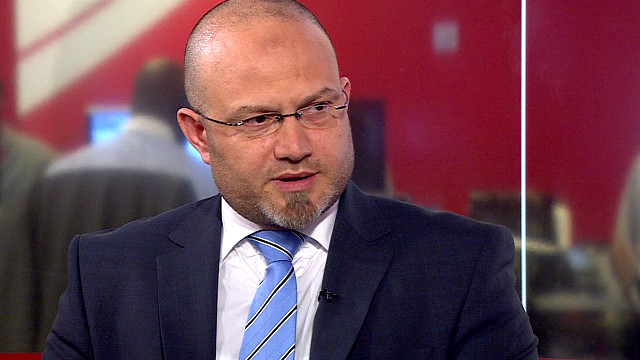 ‘We have tried to expose the fact that there were people who could have been killed as a result of foreign mercenaries being hired by the UAE,’ Hakan Camuz says

Yemen has been driven to the brink of famine during fighting between the Iran-backed Houthis based in Sanaa, and the Saudi-backed government of President Abd Rabbuh Mansur Hadi. Of the 20 million civilians under threat in Yemen, aid reaches just 14 million. Murder, torture, cruel or inhuman treatment, rape, outrages upon personal dignity, denial of fair trials and enlisting children under the age of 15 or using them to participate actively in hostilities are all well known in Yemen.

Victims of alleged war crimes have been demanding that the US authorities act on what they say is “compelling evidence” of offences by American mercenaries acting under the direction of the United Arab Emirates.

On Wednesday, the British law firm Stoke White filed complaints to London’s Metropolitan Police as well as the US and Turkish justice ministries on behalf of Abdullah Suliman Abdullah Daubalah, a journalist, and Salah Muslem Salem, whose brother was killed in Yemen.

Hakan Camuz, the head of international law at Stoke White, is keen to stress the importance of universal jurisdiction laws when there is compelling legal grounds for action to be taken against international crimes including war crimes, torture, crimes against humanity, genocide, piracy, hijacking and acts of terrorism.

“We believe that there are compelling legal grounds for authorities to investigate and prosecute under the universal jurisdiction laws,” Camuz explains. “The case is filed against high ranking officials in the UAE government and Ministry of Defence, alongside the US mercenaries who have acted under the direct orders of the UAE government. We have also filed a case against the Saudi regime in Yemen for murdering innocent civilians who gathered at a funeral of individuals who were killed by Saudi agents in 2016.”

Universal jurisdiction, notes the top lawyer, is a crucial tool by which victims of grave international crimes can obtain redress. “There are criteria for applying this. Your application should fulfil these criteria. We passed the criteria with the help of our concrete evidence. We proved that the people who perpetrated these crimes have some kind of link to these countries. Our application has solid grounds.”

Human Rights Watch (HRW) has pointed out that universal jurisdiction is a legal term which relates to the ability and obligation of national courts to investigate and prosecute war crimes, crimes against humanity, torture and genocide. There are many examples of this concept which have been used in cases to try to bring to justice the perpetrators of war crimes against the Palestinians. In 2009, twice in less than three months lawyers went to Westminster Magistrates’ Court in London asking for a warrant for the arrest of two Israeli politicians under universal jurisdiction. One was Israel’s former Prime Minister and Minister of Defence Ehud Barak, and the other was Tzipi Livni, its former Foreign Minister. The British government actually changed the law to protect Israeli officials.

According to an investigative report published by BuzzFeed in 2018, American mercenaries working for the Spear Group have admitted responsibility for criminal operations in Yemen. Camuz notes that the BuzzFeed article gave details of a criminal confessing to crimes that he has committed, and saying explicitly who paid him to do this and on what grounds. “BuzzFeed revealed the confession and did a great job. However, what we have done, as an international law firm, is that we have tried to expose the fact that there were people who could have been killed as a result of these foreign mercenaries being hired by the UAE. And we will not stop following this case.”

The lawyer says that his firm is challenging the concept that mercenaries have some kind of immunity. “They are acting as private mercenaries for a foreign government, not as part of the official military. There are many examples of these mercenaries being found in Syria and Libya. But, this case in Yemen actually started the whole debate because the CEO of the company blatantly challenged the world by saying that ‘This is a new norm. We are paid to kill in Yemen, so what? This is new warfare’.”

Since 2015, Al-Islah Party, a Yemeni movement connected to the worldwide Muslim Brotherhood, and the UAE have been fighting against Houthi rebels in an attempt to prop up Hadi’s internationally recognised government. Camuz claims that the UAE has targeted Al-Islah to protect its own presence in Yemen. “Our clients from Yemen have been victims of targeted assassination attempts. One of them was in the building of Al-Islah and was targeted directly. He explained to us that it was quite clearly an attack by mercenaries hired by the UAE.” This, adds the lawyer, was the same information provided by BuzzFeed`s article in which the CEO of the mercenary company said that they were paid by former Palestinian Fatah official Mohammed Dahlan on behalf of the UAE government. “They carried out these attacks with the UAE government’s full knowledge.”

The UAE has reportedly used Dahlan in counter-revolution efforts in Libya headed by Ahmed Gaddafi Eldamm, a cousin of the former Libyan dictator, based in Cairo. In 2018, media reports claimed that the UAE used $30 billion of Libya’s frozen assets via Dahlan to support renegade General Khalifa Haftar in his fight against the internationally recognised Libyan Government of National Accord.

“Now, what we are expecting after filing this case is that the authorities will embrace these applications made within the law of Britain, the US and Turkey,” concludes Hakan Camuz. “I hope that they will use this opportunity to expose the ongoing criminality of those in the UAE who have money to pay mercenaries who are ready to kill. We would like to highlight that it should not be the case that people are hired to kill in the conflict zones and war-torn countries and be granted some form of immunity for their crimes for which they are being paid.”

How Britain became the sick man of Europe — again.

Pompeii, a ‘street food shop’ emerges from the site Some foods still in their pots in the ‘Thermopolium’