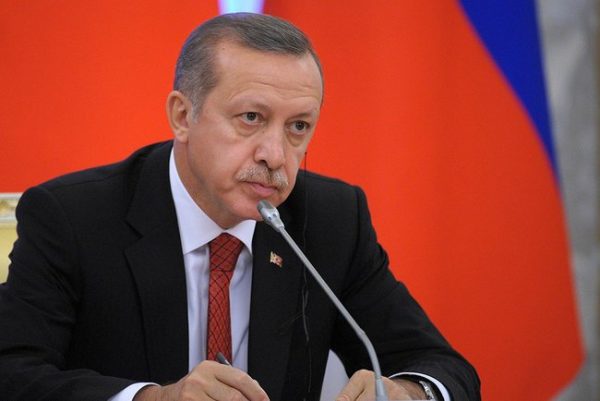 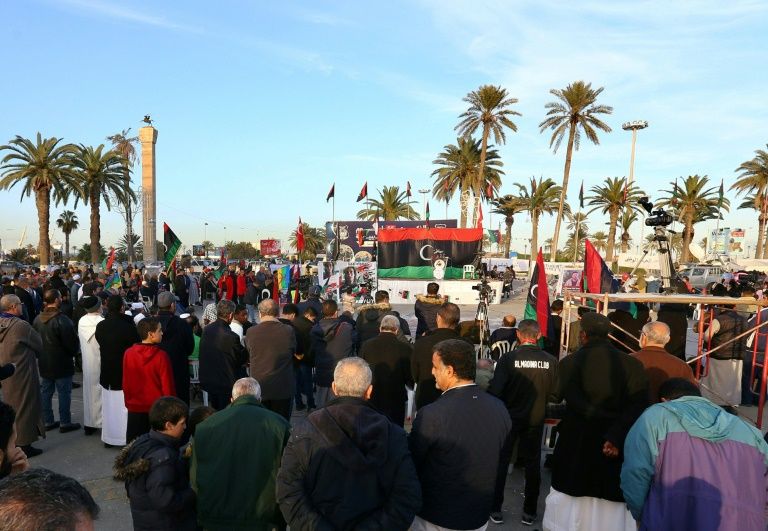 Libyans take part in a demonstration against eastern strongman Khalifa Haftar — who is backed by France, Russia and others — and in support of the UN-recognised Government of National Accord (GNA), at Martyrs’ Square in the GNA-held capital Tripoli (Photo: AFP)

Turkey blamed France on Wednesday for Libya’s instability, after French President Emmanuel Macron accused his Turkish counterpart of failing “to keep his word” to end meddling in the north African country.

Turkish foreign ministry spokesman Hami Aksoy said in a statement, “The main (actor) responsible for the problems in Libya since the crisis started in 2011 in France”.

“It’s no secret that this country has given unconditional support to (military strongman Khalifa) Haftar in order to have a say regarding natural resources in Libya,” he added.

The French leader said that the action was a “clear violation” of what Turkish President Recep Tayyip Erdogan promised at the Berlin conference on January 19 where world leaders vowed to stay out of the Libyan conflict.

“It is a failure to keep his word,” Macron said.

Al-Sarraj’s Tripoli-based government receives the economic and political backing of the European Union and military support from Turkey, Qatar and Italy while Hafter is backed by Saudi Arabia, Egypt, the UAE and Russia.

More than 280 civilians and about 2,000 fighters have been killed and 146,000 Libyans displaced since Haftar launched his assault to seize the capital Tripoli, according to the United Nations.

Earlier in the month, Russian President Vladimir Putin and his Turkish counterpart Recep Tayyip Erdogan urged to establish a ceasefire in Libya.

The Libya agreement underscores the rising clout of Putin in the region as well as his increasingly strong relationship with Mr Erdogan, despite Turkey’s membership of Nato and the two countries’ support for opposing sides in the Syrian civil war.

Earlier, Erdogan said Turkey was “gradually” sending troops to the North African country under a deal inked with the GNA, a move which stirred opposition from some of its regional neighbours.

Turkey launched a cross-border assault on Kurdish fighters after the US decided to withdraw troops from Syria, a move that was criticised by the Republicans, with some terming it a “betrayal” of the Kurds.

The Syrian army entered the city of Tabqa in the northern countryside of Raqqa province, as part of its move to enter Kurdish-held areas to counter the ongoing Turkish assault in the region.

The Turkish ministry spokesman added: “If France wants to contribute to decisions of the (Berlin) conference being applied, it should first end its support for Haftar.”

Ties between Paris and Ankara are increasingly strained over multiple issues including Syria and the eastern Mediterranean.

(With inputs from agencies)