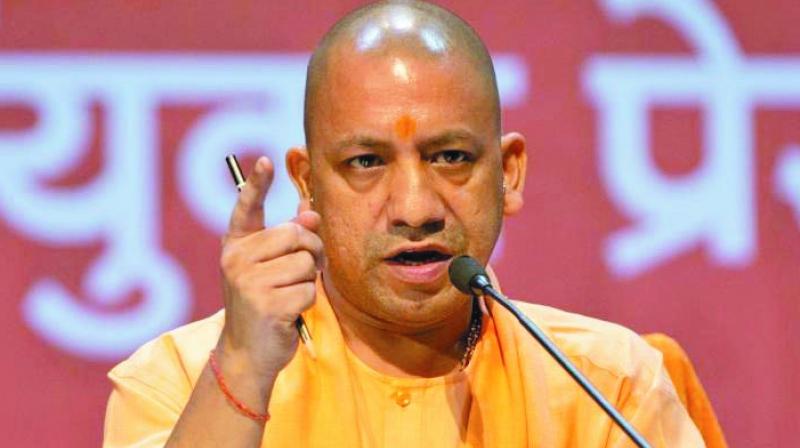 New Delhi: Amid harsh criticism of police crackdown on anti-CAA and NRC protests in the state, Uttar Pradesh chief minister Yogi Adityanath remained belligerent, showing neither remorse about the death toll nor the willingness to dial down the attack mode the state police has assumed in dealing with people protesting against the two pieces of legislation they see as communal and divisive.

Instead, Mr Yogi on Saturday justified the police action while sending another stern message to protesters.

In a series of tweets posted from the account of the UP chief minister, the CM’s office said the action taken on protesters has shocked every rioter into silence.

“Every rioter is shocked. Every demonstrator is stunned. Everyone has been silenced after seeing Yogi Adityanath government’s strict actions. Do whatever now, compensation will be taken from anyone who damages public property. Every violent protester will cry now because there is a Yogi government in Uttar Pradesh,” the CMO tweeted.

“Every rioter is thinking they made a big mistake by challenging Yogiji’s government after seeing strict actions taken by it against rioters,” Mr Adityanth’s office said in a series of tweets in Hindi. Both tweets had the hashtag “TheGreat_CMYogi”.

According to the circular, the UP government has identified these people as anti-socials who damaged public and private property while taking part in anti-CAA protests in different parts of the state. The state government will now move to seize the properties of these identified ‘’anti-socials’’ and has informed the respective district magistrates. According to official sources, the list includes at least 82 people from Lucknow, 148 from Meerut, 26 from Sambhal, 79 from Rampur, 13 from Ferozabad, 50 from Kanpur, 73 from Muzaffarnagar, eight from Mau and 19 from Bulandshahr.

Chief minister Adityanath had said properties of those involved in the violence would be seized and auctioned to compensate for the destruction of public and private assets during the protests over the amended citizenship law.

In the entire state, more than thousand people have so far been arrested for their alleged involvement in violence. An official was quoted as saying 327 FIRs have been registered and 5,558 preventive arrests made so far. The National Human Rights Commission (NHRC) has issued a notice to the Uttar Pradesh police chief over complaints of rights violation in the state.

Rights activists have alleged that a “reign of terror” prevails in Uttar Pradesh where the police has been cracking down on protests against the CAA and the NRC. They have demanded a Supreme Court-monitored SIT probe to ascertain the truth about police action and killings in the state.

About 17 people have so far died in Uttar Pradesh in anti-CAA, anti-NRC protests. The Uttar Pradesh police has admitted to just one death being the result of police firing. The deceased, identified as Suleiman, was studying to sit for his civil services exams.

On Saturday evening, PTI reported that Mr Adityanath, who was in Varanasi, has directed officials to take strict action against those trying to spread rumours about the Citizenship (Amendment) Act and the proposed countrywide National Register of Citizens.