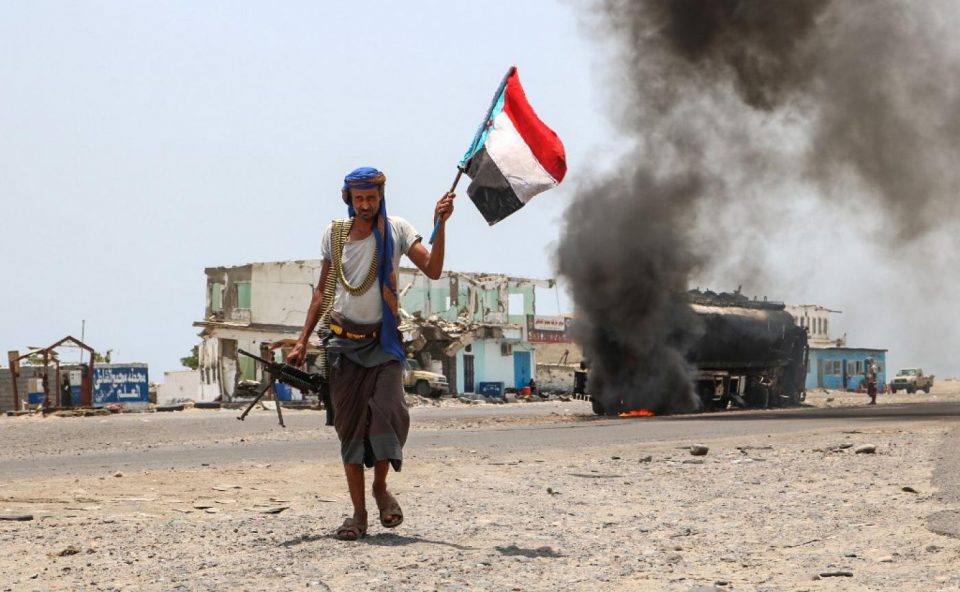 According to media reports, Saudi Arabia told the Yemeni Houthis in behind-the-scenes, high-level talks that it would sign a UN proposal for a nationwide ceasefire if the group, which has ties to Iran, agrees to a buffer zone set up along the kingdom’s borders. If this deal is struck, it would mark the biggest breakthrough in efforts to achieve a political settlement since the conflict, which is widely viewed as a proxy war between implacable enemies Saudi Arabia and Iran, began in 2014.

Incidentally, Democratic presidential contender Joe Biden promised during his election campaign to stop selling arms to Saudi Arabia, the Middle East’s largest buyer of American weaponry, to exert at least a certain degree of pressure on Riyadh to end the war – one that has caused the world’s worst humanitarian crisis in the extremely impoverished Republic of Yemen. However, the Houthis, who control North Yemen and its largest inhabited areas, may be less willing to cooperate with the Saudis if Donald Trump follows up on threats to declare them a foreign terrorist organization before he leaves office (if that does occur).

It is worth reiterating that in Washington and Riyadh they consider the Yemeni group of Houthis to be close allies of Tehran, and ones that the Iranians are using to try to expand their zone of influence in the region.

Recently, both parties in the negotiations, and which have been conducting solely virtual discussions owing to the Covid-19 epidemic, have increased the extent of their level of involvement in the negotiations with Mohammed Abdul-Salam, the chief negotiator of the Houthis, and an even higher-ranking Saudi official. Riyadh has demanded additional security guarantees from the Houthis, including a buffer zone along the border with North Yemen, until a UN-backed transitional government is formed.  The Saudis want Houthi forces to create a security corridor along Saudi borders, and to desist from their constant ground incursions and artillery fire.  In exchange, the kingdom would ease the air and naval blockade as part of a UN ceasefire proposal that already stipulates an end to cross-border attacks.

It is worth remembering how last year Riyadh began indirect negotiations with the Houthis, since it is searching for some way out of the conflict – something that drew criticism from Joe Biden; during this tens of thousands of people have been killed and, by the same token, the reputation of Saudi Arabian Crown Prince Mohammed bin Salman has been tarnished.  Ambassador of Iran to the UN Majid Takht-Ravanchi said that “another clear example of the destabilizing actions taken by Saudi Arabia in the region are the killings and atrocities over the past 6 years during the unprovoked invasion of Yemen, as a result of which tens of thousands of women, elderly people, and children were killed, and houses, mosques, schools, and hospitals were destroyed”.

Negotiations have become stuck in a rut over the past two months as fighting has escalated in the gas-rich Marib region, where the Houthis have launched an offensive to drive out Saudi-backed forces. Incidentally, Marib is the last stronghold of the government under Abdrabbuh Mansur Hadi, which is recognized by the international community but was ousted from power in the country’s capital by the Houthis at the end of 2014.  This prompted the Saudi-led coalition, which also includes several of their Arab vassal states, to intervene in Yemen in affairs that are strictly domestic. Effectively complicating an already difficult situation, the coalition’s fighting has become fragmented, creating a multi-layered war that has lasted for almost six years.

Sluggish negotiations between the Kingdom and the Houthis have been dragging on for over a year, along with the efforts put forth by Martin Griffiths, the UN Special Envoy for Yemen, to try to reach a ceasefire agreement.  The UN is working to secure a face-to-face meeting before the end of the year, and an agreement on a joint declaration that would put an end to all air, land, and maritime hostilities.  Europe would be the logical place for them to meet, since the UN is looking for a neutral, accessible platform to hold negotiations.

The last two months of this year have represented an opportunity that has come over the past few years to look forward to an end of the war in Yemen with optimism, and to the beginning of a political settlement. All eyes are now focused on Saudi Arabia’s efforts to use the UN as a vehicle to end a conflict in a neighboring country. In recent weeks, there have been reports about a new initiative by UN Special Envoy Martin Griffiths that could constitute the foundation for a lasting political settlement.  The measures expected to be implemented have been hailed by Saudi Arabia, which leads an Arab coalition that lends its support to “legitimacy” in Yemen, along with the European Union. Great Britain, in particular, is expected to play a pronounced role in drafting a legal resolution to be adopted by the UN Security Council.

The parties were heartened by the implementation of a portion of last year’s Stockholm Agreement on exchanging prisoners between the government of Yemeni President Abdrabbuh Mansur Hadi and the Iranian-backed Houthi rebels, who control Yemen’s capital Sanaa and much of northern Yemen.  However, some observers are not so optimistic about an imminent end to the war in Yemen.

The war, initially thought to have reached its end, still continues, leaving hundreds of thousands dead and even more wounded. Millions of people have become refugees, or internally displaced. Nearly 22 million people – out of Yemen’s total population of about 29 million – have now run up against hunger and disastrous humanitarian conditions. Evident destruction of the country’s infrastructure, and depletion of its natural and industrial resources, now exists.

Although the coalition has repeatedly stated that its goal is to restore a legitimate government, and achieve a political resolution to the conflict, the many attempts made at achieving a negotiated settlement have not yet led to a complete end to the war.

The Houthi insurgents have recently ramped up their attacks not only on government-held positions in Yemen, but also on Saudi targets across the border. Almost every day, Saudi-led coalition forces deliver announcements about intercepting and destroying rockets, or drones laden with explosives, that have been launched by the Houthis against Saudi targets in the kingdom’s southern areas. Iran appears to be delivering more missiles and drones to its Houthi allies than it did before, and Tehran may ratchet up its proxy war against rival Saudi Arabia in response to growing US pressure on Iran.  Some analysts see the escalation as an attempt by Iran to bolster the extent of its anticipated bargaining power after a new Democratic administration takes office in the United States in January.

As one Western political analyst in the Persian Gulf put it, “The Iranians are in no rush to resolve the crisis, and they are providing their Houthi allies with more weapons to keep adding fuel to the fire”. Tehran is waiting to see how the Biden administration will act concerning the nuclear deal and sanctions. The Persians will never give away something in return for getting nothing, and now they are aware of the maximum limits of Saudi pressure.

Reflecting on Oman’s role as host to the behind-the-scenes US-Iranian talks that led to the nuclear deal under the former Obama administration, some US analysts now expect Muscat to play a role in any possible settlement in Yemen.  One American scholar with knowledge of the region said that Oman may have concerns about war on its borders, and be living through economic difficulties, but as the stakes involved in a settlement in Yemen rise, Muscat will be eager to play its part, intelligently and subtly.

Since last year, Saudi Arabia has been trying to unite the Hadi government and the faction in southern Yemen into a bloc that puts up opposition to the Houthis during any negotiations. But last year’s Riyadh agreement between the government and the Southern Transitional Council (STC) has not been fulfilled yet. The STC is not showing any flexibility when it comes to Islamists participating in the government, who are represented by the Yemeni party Al-Islah – one that is associated with the extremist formation Muslim Brotherhood (banned in Russia – Ed.). Other regional parties are also concerned about Al-Islah’s growing role in exploiting Saudi Arabia’s obvious desire to end the war quickly.

Terrorists like those in Al-Qaeda in the Arabian Peninsula (AQAP – banned in Russia – Ed.), and other groups, are also stepping up their attacks in Yemen. Areas in the south and southeast of the country have witnessed the revival of the AQAP, and the terrorist group DAESH (banned in the Russian Federation – Ed.), after a lull in their activities owing to the military operations initiated against them by local southern militias and tribal militias supported by coalition forces, especially Emirati forces, before they withdrew from the country last June.

One source in the Persian Gulf directly expressed concern about this. Terrorist groups, emboldened by their political backer the Muslim Brotherhood, are gaining strength in the government, and are trying to reclaim the influence that they lost in the early years of the war, he said. They also gain benefit from internal disputes within the “legitimacy” camp, and waning coalition support for government forces.

The aspiration to find a solution to ending the war in Yemen may be genuine, but many doubt it has a serious chance before the new US administration expresses what its intentions are, and sets its foreign policy priorities in the region.  If local and regional parties could resolve this conundrum on their own, then they would have done so two or three years ago, and saved themselves the aftermath of this humanitarian catastrophe in Yemen.