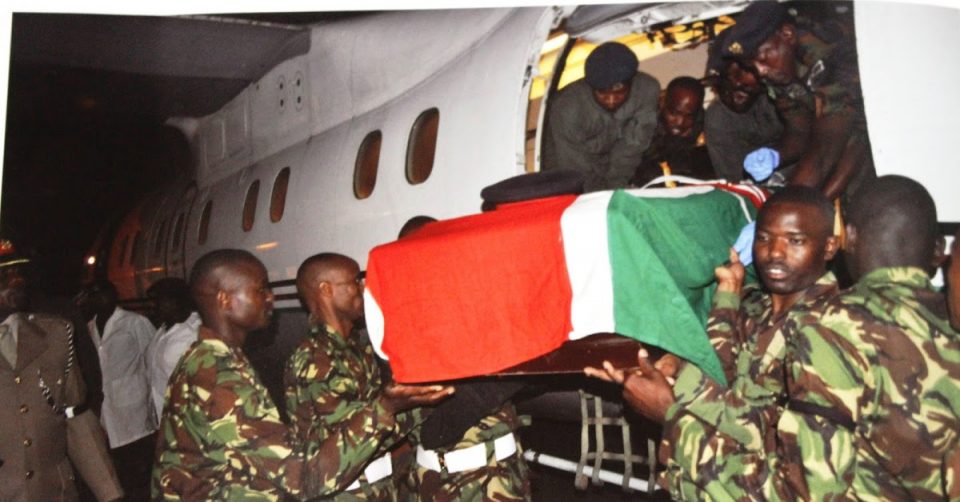 For the past nine years Kenya has marked Kenya Defence Forces Day during the month of October to commemorate the soldiers who have died in the line of duty fighting Al-Shabaab in Somalia.

Throughout its operations in Somalia, Kenya has made significant progress. But it has also suffered serious setbacks. The worst of these occurred on the morning of 15 January 2016, five years after Kenyan soldiers had entered the country.

On that morning several hundred Al-Shabaab fighters attacked a Kenyan forward operating base near El Adde, in the Gedo region of Somalia. The Kenya Defence Forces were deployed there as part of the larger African Union Mission in Somalia (AMISOM).

The battle turned out to be the deadliest attack on peacekeepers in the history of modern peace operations. Estimates suggest that over 170 Kenyan military personnel were killed and about a dozen taken hostage.

Internal AMISOM documents suggest the El Adde base was garrisoned by just over 200 Kenya Defence Forces personnel. The militants also captured dozens of military vehicles and a range of weaponry and ammunition. The base was only reclaimed more than 72 hours later after several foiled attempts at reinforcement by the military in Kenya.

In examining the battle of El Adde in my 2016 policy paper, I explain the six most important operational factors that led to the battle’s outcome.

First, Al-Shabaab employed effective tactics. Having collected detailed intelligence about the base, the militants attacked before dawn using improvised explosive devices borne by suicide vehicles. This was followed by waves of infantry supported by heavy weapons mounted on “technicals” (light trucks).

The attack was timed to occur a few weeks after a new rotation of Kenyan troops had arrived at the base. These troops were relatively unacclimatised to their surroundings.

Nevertheless, the Kenya Defence Forces should have been better prepared for the prospect of such an attack because Al-Shabaab had overrun two other AMISOM bases using the same tactics in the previous seven months. These bases at Leego and Janaale were controlled by Burundian and Ugandan forces. This vulnerability wasn’t solely a Kenyan weakness but a more widespread AMISOM problem.

The second factor was AMISOM’s decision to deploy vulnerable forward operating bases relatively far apart in remote areas with only small, company-sized garrisons. These were impossible to reinforce quickly. The Kenyan troops nearest to El Adde were a company based in Busaar more than 30 miles away.

The closest AMISOM troops were a company of Ethiopian forces at another forward base in the Gedo region, which further complicated coordination and communication for any potential response. In addition, AMISOM forces lacked a secure military communications system across national contingents. Communication was effectively severed when Al-Shabaab was suspected to have destroyed a local Hormuud telecommunications tower prior to the attack.

Base defences and operational procedures were the third major problem. First, the base itself was over 1km long and nearly 1km wide, organised in a rough circle; this was much too big to defend. Second, it lacked adequate defences, such as artifical obstacles, ditches and barriers to prevent vehicle-borne improvised explosive devices. This was because AMISOM lacked the engineering units to build such defences in forward operating bases like El Adde.

In addition, the outer perimeter defences comprised thorn bushes and razor or barbed wire. These were easily surmountable by the Al-Shabaab infantry. Additionally, there were minimal barriers to fortify defensive positions and fox holes within the base.

There is also little evidence that the new Kenyan troops rehearsed coordination points, defensive positions, and procedures to adopt in case of attack.

A fourth factor was the Kenya Defence Forces’ poor relationship with the local community, particularly with some local elders in the Marehan clan, who were dominant in that area. Other locals resented the troops because Kenyan jets regularly bombed some rural communities they mistook for Al-Shabaab forces. The result was that Kenyan troops received very little good intelligence and early warning about Al-Shabaab’s local activities and Al-Shabaab was able to spy on the Kenyan base.

The Kenya Defence Forces also had a poor relationship with local Somali security forces in the area. By the time of the attack, very few Somali soldiers were in the area, but they suspected an Al-Shabaab offensive and reports suggest they warned the Kenyan troops. Either way, the Kenyan soldiers at El Adde did not receive operational support from local Somali forces once the attack started.

Finally, once the attack was under way, it was very difficult for AMISOM to provide rapid reinforcement. The mission had no ground-based rapid reaction forces and AMISOM lacked an aviation component at the time of the attack. This was despite the fact that the UN Security Council had authorised an aviation component of 12 military helicopters for AMISOM in February 2012.

It’s also important to recall that at the time the US was not yet using airstrikes against rank-and-file Al-Shabaab forces. This policy changed in 2017.

All the available evidence suggests that Al-Shabaab’s employment of effective tactics, the Kenya Defence Forces’ poor operational setup and procedures, and AMISOM’s decision to deploy small, company-sized garrisons in remote and vulnerable forward operating bases are key to understanding the defeat.

Before it’s here, it’s on the Conversation