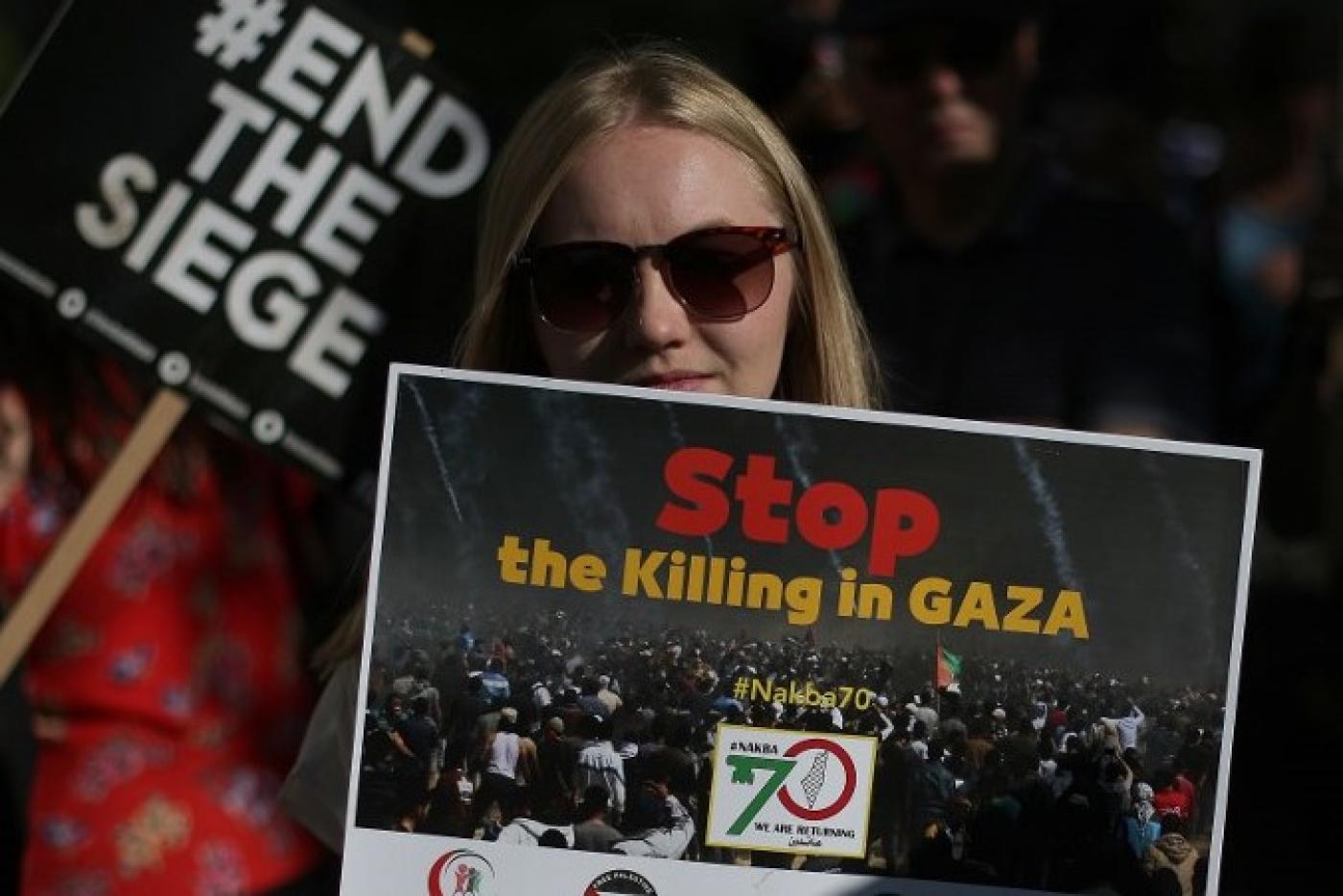 The past few weeks have been disastrous for the state of Israel and its proxies across the world.

The popular and largest human rights organisation in Israel B’Tselem, published a detailed report which concluded that Israel is in fact an apartheid regime, echoing the sentiments of many international organisations over the years. In their words: “The Israeli regime does not have to declare itself an apartheid regime to be defined as such, nor is it relevant that representatives of the state broadly proclaim it a democracy. What defines apartheid is not statements but practice.”

The news quickly made headlines in international publications and news networks like CNN, The Guardian, The New Yorker, NBC and other internationally acclaimed publications. This created a PR nightmare for the Israeli propaganda machine, given that over the years they have pressured news outlets, although unsuccessfully, to be cautious when reporting its atrocities and apartheid practices against Palestinians. This is indeed a watershed moment in the discourse about the Palestinian struggle for self-determination and history will record it as such.

One would not like to dwell too much as to why Israel qualifies as an apartheid state but rather, on the many voices that have been highlighting this fact for years and decades now, but it would do justice to this discussion if one does.

Apartheid was a legalised government policy of segregation instituted in South Africa in 1948, incidentally, the same year that the modern state of Israel was established in Palestine. These set of racist, oppressive, and inhumane policies were carried out by colonisers pre-1948.It’s only through the election of the National Party government by a minority population that such laws were systematically applied.

There are several critical academic studies that have been conducted over the years on the academic and legal characterisation of Israel’s practices of apartheid by renowned academics and institutions. One that really captures the gist of the B’Tselem report is the Human Sciences Research Council (HSRC) of South Africa report.

In 2008, they convened a team of international lawyers from Palestine, Israel, South Africa, and Europe to examine whether the international legal prohibitions of colonialism and apartheid had been breached by Israel in the Palestinian territories. Subsequently, the report that was compiled reached the conclusion that “there exists in the occupied Palestinian territory an institutionalised and oppressive system of Israeli domination and oppression over Palestinians as a group; that is, a system of apartheid”.

Richard Falk, a world-renowned American professor of international law at Princeton University, who was the United Nation’s Special Rapporteur on human rights in the occupied Palestinian territories (2008-14) argues that International law has detached apartheid from its South African origins; it’s now a stand-alone crime against humanity[LS1] . This means that apartheid as a system of racial segregation and dominion is not unique to South Africa but can be applied elsewhere.

During his six years investigating Israeli human rights violations on behalf of the UN, Professor Falk and his team concluded in a report that that the allegation of apartheid as applied to the Palestinian people by the Israeli regime is well founded.

We argue that there is a moral case that qualifies Israel as an apartheid state, especially as black South Africans who hold to some extent, moral authority on the question. Anti-Palestinian sentiments are institutionalised in Israel, condemning Palestinians to second class citizens, and systematically executing the expulsion of Palestinians from their homeland. South Africans who fought against apartheid and many others who paid the ultimate price for freedom in South Africa, agree with us.

South Africa’s former president Kgalema Motlanthe argues that the Israeli version of apartheid is far worse than what was experienced in South Africa. While Archbishop Desmond Tutu, the face of the non-violent anti-apartheid movement and Nobel Peace laureate, agrees that the treatment of Palestinians by the Israeli regime is familiar to that of South Africans during apartheid. There are several leaders of the anti-apartheid struggle who identify with this moral contention: Letlapa Mphahlele of the PAC, Motsoko Pheko of AZAPO, Joe Slovo of the SACP, Winnie Mandela of the ANC and many others have shared the same sentiment on Israeli apartheid.

What many Israeli supporters get wrong is the constant and relentless bit by bit comparison of apartheid South Africa, deliberately degenerating a complex institutionalised system of racial discrimination to simple logic. For instance, the South African apartheid regime had many black people in their militarised police force as well as in their oppressive legal systems. We had magistrates and prosecutors who worked effectively for the apartheid regime.

This does not mean apartheid was not alive and well, simply because black people could not go to the same beach as white people is not the crux of apartheid but the moral of it. Same as there are different roads for Jews and Palestinians, the Israeli regime has Palestinians in their employ. It does not at any point, invalidate the system of apartheid the regime practices.

There is a legal, academic, moral and political case that qualifies Israel as an apartheid regime on many fronts. It does not have to mirror apartheid South Africa, it is the application of a system of racial segregation and domination by one group over the other as defined by the Rome Statute of the International Criminal Court as “inhumane acts” committed under a “regime of systematic oppression and domination by one racial group over any other racial group or groups” – in this case the Israeli regime over Palestinians.

B’Tselem’s executive director, Hagai El-Ad says that “we have a moral obligation to say it, whether we think it’s effective or not, to call Israel what it is, an apartheid regime”. We are not oblivious to the facts and argue that correctly characterising Israel as an apartheid state, which it is, will go a long way in galvanising international support for the Palestinian cause as it did for us. Just like Mama Winnie Mandela said, “Apartheid Israel can be defeated, just as apartheid South Africa was defeated.”

* Alie Komape is an activist with #Africa4Palestine, the largest Palestine human rights organisation in the continent.