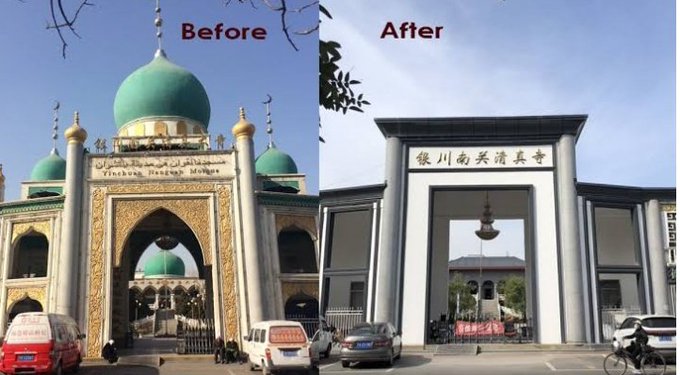 For several weeks now, Chinese Muslims have been reporting changes made to their mosques in a number of regions north of the country, saying that authorities are removing domes and minarets.

With photos posted online showing changes made to the exteriors of several Islamic mosques in China, local sources have talked about Chinese government attempts to remove traces of Islamic and Arab-style architecture from places of worship designated to Chinese Muslims and replace them with Chinese symbols instead, in what has been termed as the “sinicization” process.

According to a number of media sources, Chinese people in these regions have been “ordered to refrain from protesting the new decisions”.

These changes come at a time human rights organizations continue to report numerous violations against the Uyghur Muslims in China, who have been “put into concentration camps” under the pretext of “countering extremism.”

Some commentators have also linked the Chinese policies against the country’s Muslim population of more than 6 million to similar restrictions that were imposed by the Soviet Union on religious groups during the 20th century.