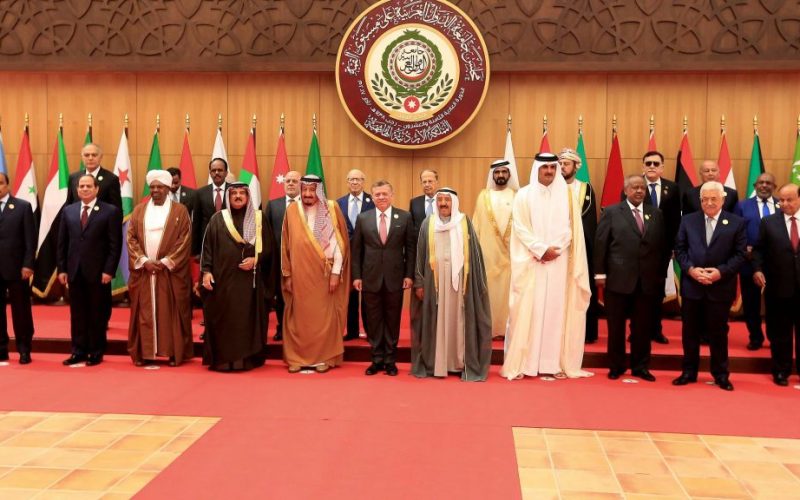 For a terrible 11 days in May, the world watched hellfire rain upon the world’s largest open-air prison camp, otherwise known as Gaza. The dazed, bleeding survivors crawling out of the rubble of collapsed buildings have experienced this before. Everyone knows this tragedy will repeat. In faraway Arab cities, as well as here in Pakistan, people glumly watched the unhindered, televised bombing by Israeli jets. But the most they could manage was a few toothless resolutions and a few impotent slogan-chanting demonstrations trampling the Israeli flag.

What makes Israel with nine million people — between one-half and one-third of Karachi’s population — a Goliath of biblical proportions? Equally, notwithstanding their fabulous oil wealth, why are 427m Arabs the pygmies of international politics? GCC Arabs can certainly control what happens in a few miskeen countries like Pakistan; their leaders can be summoned to Riyadh at a moment’s notice and sent back with sackfuls of rice as wages of obedience. But before Israel — which has almost zero natural resources — Arab kings and sheikhs must perforce bow their heads.

Blame the West if you want and, in particular, America. Indeed, from 2000-2019 armaments supplied to Israel by the Western powers (US, UK, France, Spain, Germany) are documented at a hefty $9.6 billion. But within that 20-year period the same document shows this amount is dwarfed by arms sold by the same suppliers to Saudi Arabia ($29.3bn), UAE ($20.1bn), Egypt ($17.5bn), Iraq ($9.1bn), and Qatar ($6bn). And yet these expensive weapons will provide little protection if Israel ever chooses to attack Arab lands again. While the nine-country Saudi-led coalition has created a humanitarian catastrophe in Yemen, it is failing dismally against the rag-tag Iran-supported Houthi forces.

Okay, so then let’s blame Palestine’s ill-fortune upon Arab disunity. There’s truth in this: Arabs are indeed bitterly divided. But when were they not? From about AD-634 to AD-750 is the only period in history when they stood together. Then, after Nasser won the Suez War against Britain, Arabs united again for a brief, euphoric moment. But this unity did nothing to avert their crushing defeat in the 1967 Arab-Israeli war, that which forever changed borders. And while friends and activists for Palestine — including myself — would love to see Fatah and Hamas patch up their differences, doing so will not change things fundamentally.

The secret of Israel’s strength is not hidden in its weaponry. Instead this still-expanding and still-colonising apartheid settler state uses the same magic that enabled just a handful of 18th-century Englishmen to colonise the entire Indian subcontinent. Let’s recall that in ruling over 200m natives for 250 years, at no time did Britain have more than 50,000 white soldiers on Indian soil. Although better guns and cannons gave them an edge, in fact their real not-so-secret weapon was much bigger.

That weapon was a system of organised thought based upon a rational and secular approach to life, a modern system of justice, and a new set of social relations. This was sustained and enhanced by Enlightenment-era education that de-emphasised rote learning of the scriptures, was this-worldly and future-oriented, and which focused upon problem-solving skills using systematic, scientific thinking. Having invented modern means of communication such as railways and telegraph, a mere island in the North Sea could boast of an empire over which the sun never sets.

In a nutshell, imperialist conquests showed that brains would rule over brawn — a stark truth that got still starker with time. But where are brains produced? Obviously in the womb but it is in schools, colleges and universities where minds are shaped and sharpened. Hence, these days everyone and their uncle rush to one single conclusion: fix education and this will level the playing field, greatly diminishing or perhaps ending the inequalities of power.

Ah! That’s so much easier said than done. To have buildings and classrooms with teachers is one thing but to coax the potential out of a student is altogether different. With their vast wealth, Arab countries have built impressive university campuses with well-equipped laboratories and well-stocked libraries. They have even imported professors from America and Europe. Yet, the needle has barely flickered so far. That’s because attitudes towards learning take forever to change — and only if they are somehow forced to change.

Ditto for Pakistan which follows the Arab model as best as it can, together with abayas and jubbas. No university here has a bookshop, a centre for students that hums with open debate and discussion, or a theatre where classic movies are screened. Looking for a philosopher or a high-grade pure mathematician will be in vain. For 20 years, papers and PhDs have been churned out at a frantic rate. But I suspect that many of Pakistan’s decorated “distinguished national professors” with hundreds of research publications would be judged unfit to teach in a high-end Israeli high school for lack of scholarship.

The problem is not genetics — Arabs have a brilliant past and are probably just as smart as Ashkenazi Israelis. But the two groups have different attitudes towards success and different role models. The Ashkenazi child wants to be Albert Einstein, Niels Bohr, John von Neumann, George Wald, Paul Samuelson, Gertrude Elion, Ralph Lauren, George Soros, or a thousand other such names that fill textbooks on physics, philosophy, technology, medicine, and business. Compare this with the Arab boy who wants to be Salahuddin Ayubi and the Pakistani lad who dreams of becoming Ertugrul Ghazi on horseback. He does not know about Abdus Salam, our discarded Nobelist.

We live in a cruel world which, of course, we must try our best to make less cruel and more humane. But making a socially just world requires much more than condemning the oppressors and crying with the oppressed. Instead, the weak must be made stronger. That strength does not derive from oil or nuclear bombs. Instead, it springs from the human brain, but only when that superb gift of nature is appropriately tutored and trained within a system of secular values that cherishes and rewards logical thinking, questioning and creativity.

The writer is an Islamabad-based physicist and writer. Views are personal.

Kenya’s Lamu Port is Complete, But its Value Remains an Open Question