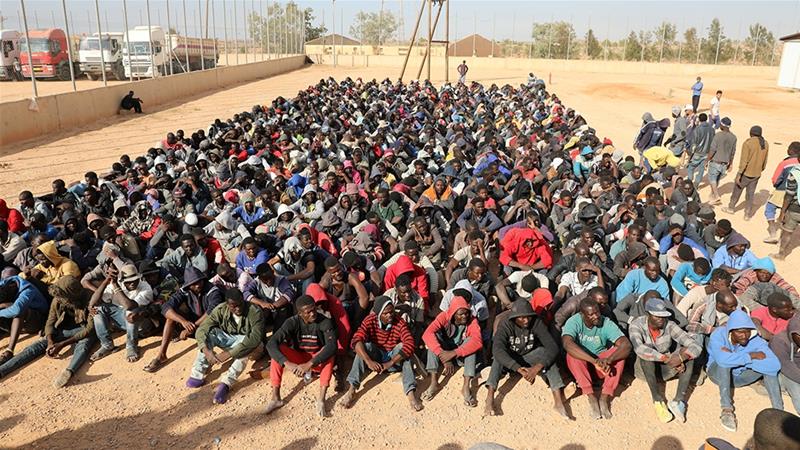 A hospital that finds its patients so burdensome that it denies them medical care. A homeless hostel that turfs its residents out on the streets. A refugee agency that refuses to provide food for those under its care.

All might seem implausible. Except that there are credible reports that the third scenario is playing out in the Libyan capital, Tripoli. The United Nations High Commissioner for Refugees is a body that, as its name suggests, is entrusted with the care and protection of refugees. Yet it is apparently trying to shut down a centre that it opened just last year, and to “starve out” the people still inside to force them to leave.

The UNHCR’s actions, if the reports are true, are scandalous. They are also unsurprising. Starving refugees out of a place of safety is a fair metaphor for western policy towards unwanted migrants. The EU, in particular, has been adept at using suffering as a policy lever.

Central to the EU’s strategy over the past decade has been the outsourcing of immigration control, paying countries from Libya to Sudan, from Niger to Turkey, to deter potential migrants to Europe. In this process a new form of imperialism is emerging, whereby rich nations, in the name of protecting their borders from migrants, trample all over the borders of poorer neighbours.

Niger, on the southern edge of the Sahara, is now, in the words of one European ambassador, “the southern border of Europe”. Whereas immigration controls are usually about stopping people entering a country illegally, the new imperialism requires African nations to prevent people leaving their territory if they might be coming to Europe. It’s the 21st century’s version of the Berlin Wall slung across the African continent. 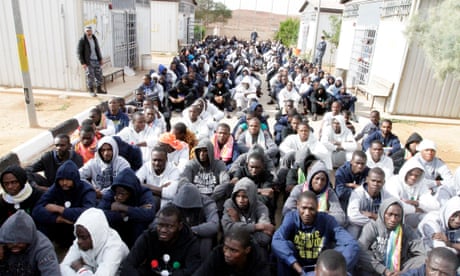 What is really being outsourced, as Mali’s former presidential candidate Aminata Traoré observes, is “violence and instability”. Europe has turned migrants into commodities to be haggled over in a brutal new marketplace. It presents its policies as “a response to criminality”, a recent report on EU strategy notes, but in reality it is “fuelling predatory and criminal behaviour by generating perverse incentives in ‘partner’ countries”.

The EU does not particularly care who its “partners” are, so long as they willing to stop migrants reaching the Mediterranean. Sudan’s former president, Omar al-Bashir, overthrown in a military coup this year, has been indicted by the international criminal court for war crimes in Darfur. His regime was part of the “Khartoum process”, an EU initiative to cut off the migrant route from the Horn of Africa. One of the most effective instruments in policing migrants is Sudan’s Rapid Support Forces (RSF) paramilitaries. Until 2013 they were known as the Janjaweed, a vicious militia that pursued almost genocidal violence in Darfur. Earlier this year, the RSF was responsible for massacres against anti-government protesters in Khartoum. It also plies its trade on behalf of the EU.

Nor does the EU particularly worry about whom its “partners” lock up, so long as they lock up potential migrants to Europe. In the Sahel, 80% of migration is not to Europe but is regional, involving people who for decades have moved around an area in which borders are naturally porous. Militias and security forces don’t care to sift through different kinds of migrants, so all become targets for the new kidnap and detention industry. The result is the disruption of traditional trade routes, growing economic instability and rising discontent – feeding the desire for migration.

The EU turns a blind eye to the treatment of detainees, too. European governments are not just aware of the torture, sexual abuse and extortion to which detainees are subject but also, in the words of Amnesty International’s John Dalhuisen, “complicit in these abuses”. The whole point of outsourcing is to pay others to do Europe’s dirty work. The more hostile the climate for migrants in countries such as Libya or Niger, the more effective the policy of keeping migrants away from Europe.

The consequences of EU migration policy should, as the charity Médecins Sans Frontières puts it, “shock the collective conscience of Europe’s citizens and elected leaders”. Yet it is barely discussed. For those hostile to immigration, it’s a price worth paying. For liberals, it’s a touchy issue, for they fear feeding hostility to the EU. For Brussels, the policy is a political success. For dictators and warlords, it’s a means to riches and power. And so, the biggest scandal of our time has become an outrage that dare not speak its name.

• Kenan Malik is an Observer columnist

Once a close confidant of President Erdogan, Ali Babacan is forming a new party