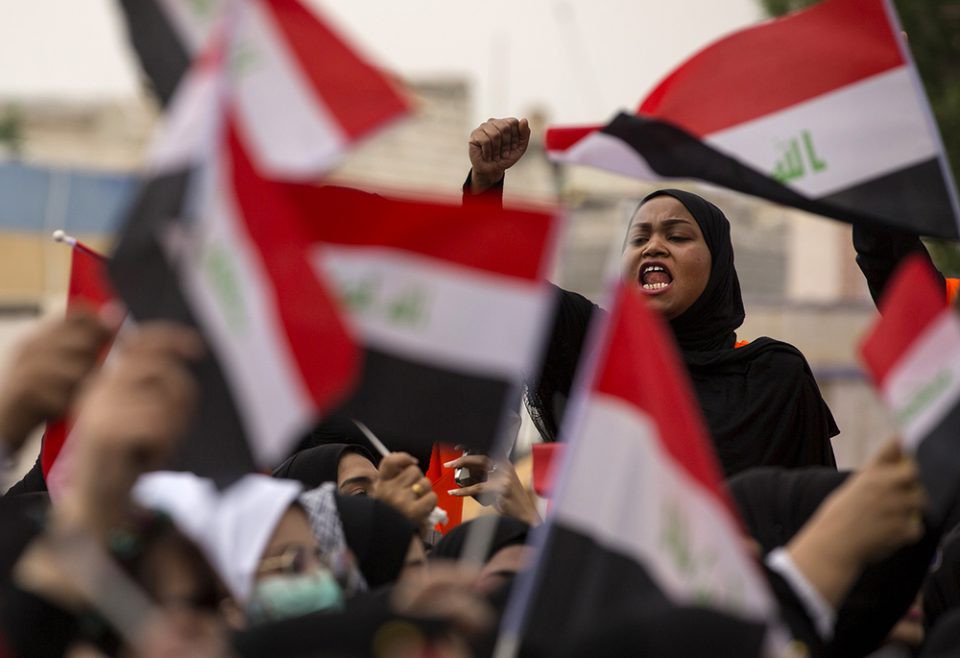 Iraqi journalist, founder and director of the Iraqi Observatory for Human Rights.

Now that more than 400 people have died, the world may finally be paying attention. But protests in Iraq are nothing new.

Iraqis have been writing about their difficult day-to-day realities on social media for the past decade, and they have taken to the streets many times before. But the last two months of protests – the biggest since Saddam Hussein’s fall in 2003 – feel different.

They differ from demonstrations in nearby countries, where there has been one original motivating factor. In Iran, it started with the increase in fuel prices. In Lebanon, it was the tax imposed on WhatsApp calls.

In Iraq, however, the issues that sparked popular anger are manifold, and longstanding. And, on the back of years of war against so-called Islamic State, these protests have a particular force.

Maybe that’s because of the history of hope – and the crush of reality – that Iraqis have been faced with time and time again.

We suffered through Saddam’s dictatorship, the Gulf War, and the international community’s sanctions on our country. Because of this history, we placed our hope in change, and when the US and its allies invaded in 2003 the Iraqi people thought their lives were finally in safe hands and that all, in short, would be well.

So what happened next came as a shock.

We suffered through a sectarian war that transformed many Iraqis’ outlooks on society, politics, and national identity – not to mention their relationships with each other.

We were faced with al-Qaeda’s terrorism, and the rise of so-called Islamic State, which took five years of the Iraqi people’s lives. Our liberation from IS was declared complete at the end of 2017, but still this did not mark the end of our hardship.

Six months before IS invaded Mosul in June 2014, poverty rates in Iraq were relatively low, at 19 percent. As people began to flee their homes, that number rose to 31 percent, and possibly even higher.

This poverty should be lessened by Iraq’s enormous state budget and sharply rising oil prices. But corruption, which has eaten away at the state, has proved itself to be more powerful than both.

Education, which should be the bedrock of Iraq’s future, is suffering too. Government-run classrooms are overcrowded and some schools have had to triple or quadruple class sizes. Photos and videos of students studying on the floors of Baghdad are circulating on social media, and Iraq is said to need 20,000 new schools if it is to fit everyone who needs a place.

Iraqis know what they want, and what they don’t want.

Perhaps more concerning is that many students aren’t enrolled at all: official figures released this year show that as many as 131,468 primary-school age students did not attend classes in the 2017-2018 academic year.

These problems exist across Iraq. But in parts of the country that IS once ruled the challenges are even greater. Some 1.5 million Iraqis remain internally displaced, mostly housed in refugee camps in the north. More than four million more have returned to their homes, but do not have access to a minimum level of vital services.

Healthcare centres, which were already underserviced before the arrival of IS, are in worse shape than ever. And tens of thousands of homes are in ruins, destroyed during the battles against IS.

Despite all this, Iraqis still believe things can change.

Thanks to technology, generations born in the 1990s and 2000s who can’t travel can still access the worlds of their contemporaries outside Iraq.

Online, they see people in neighbouring countries living in at least bearable conditions, far better than their own. It must feel like nothing unites these two universes, except the social media platforms that bring them together.

For those Iraqis who can go abroad, when they travel they find what they don’t have at home. And on their return, they fail to find what they had hoped for.

It is all this, and more, which lies behind the decision to speak up now, stronger than ever. Not everyone is chanting, but those on the streets stand also for a silent majority – a silent majority that has long kept quiet.

Lest anyone say the movement has no aims, let me be clear: Iraqis know what they want, and what they don’t want.

Iraqis have done their part for democracy. They have voted in primaries, in provincial and parliamentary elections.

Now, they want change. In last year’s protests, people began to chant, “We Want a Nation”. This year, the slogan continues, even under a brutal crackdown. “We Want a Nation” has come to underpin the protest movement, which is about so much more than electricity, unemployment, or service provision.

It’s about a country that has begun to slip away from its people, and one that the people are now doing their best to regenerate anew.