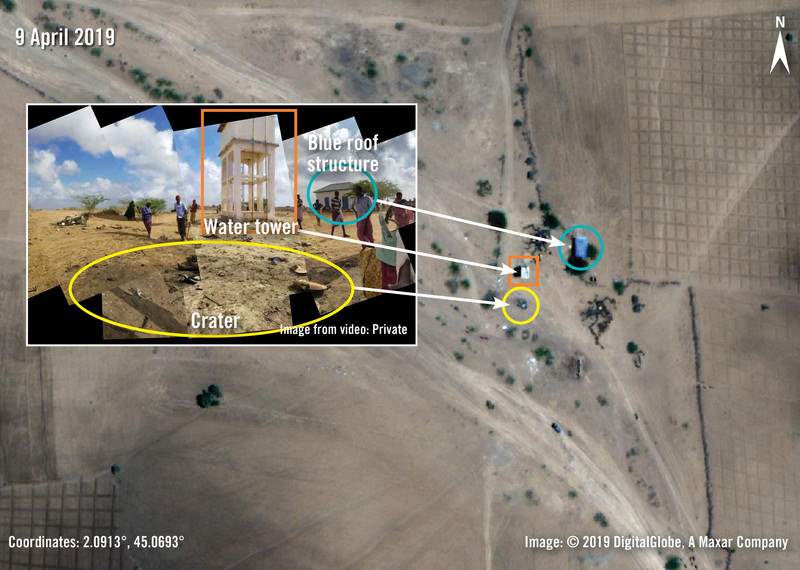 Damaged vehicles are seen at the site after a bomb attack carried out to a checkpoint in Somalia’s capital Mogadishu on December 28, 2019 [Sadak Mohamed / Anadolu Agency]

The US Africa Command acknowledged Monday that two civilians were killed in an airstrike over a year ago targeting al-Shabaab terrorists.

In addition to the two civilians who were killed, the February 23, 2019 strike in Kunyo Barrow also resulted in injuries to three other bystanders, AFRICOM said. The two targeted militants were also killed.

“While we follow very precise and rigorous standards, in instances where we fail to meet our expectations, we will admit the mistake,” Gen. Stephen Townsend, AFRICOM’s head, said in a statement. “Regrettably two civilians were killed and three others injured in a February 2019 airstrike. We have the highest respect for our Somali friends and we are deeply sorry this occurred.”

According to the American officials, US forces are in Somalia assisting government forces in their fight against al-Shabaab, an al-Qaeda-linked terrorist group that has launched an insurgency in the country and carried out attacks in the region.

AFRICOM said the casualties from the 2019 strike resulted from the direct result of US munitions that were used, or from secondary explosions that occurred when al-Shabaab munitions detonated at the location of the strike.

The finding marks the second time AFRICOM has acknowledged civilian casualties resulting from US strikes in Somalia.

The first such instance stemmed from a 2018 strike that killed two civilians near El Buur, Somalia.

There are seven other cases dating back to February 1, 2019 that remain under investigation.