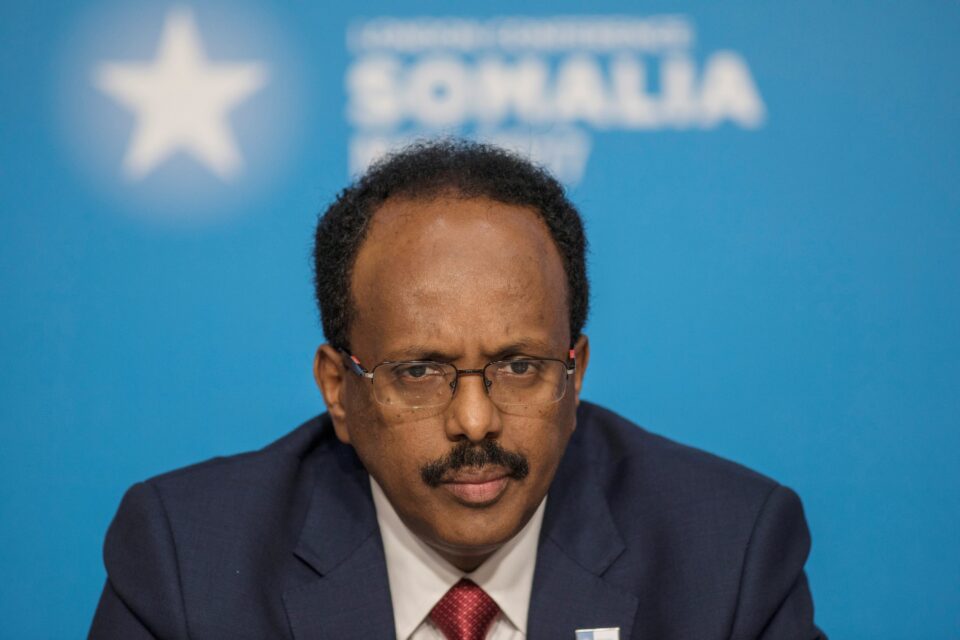 UNITED NATIONS (AP) – The United Nations, African Union and European Union urged the Somali government and opposition on Monday to quickly agree on a date for elections, warning that the delay is fueling violence and impacting the impoverished Horn of Africa nation´s development and security.

Acting U.S. ambassador Richard Mills echoed their appeal to swiftly resolve the political impasse, saying last week’s political violence on the streets of the capital Mogadishu over the failure to hold elections “is the latest indication that if not resolved soon, Somalia risks regressing deeper into instability.”

At least five soldiers were killed and more than a dozen people, mostly civilians, were wounded in last Friday´s violent protests over the country´s delayed election. The chaos occurred hours after Somalia´s government and opposition leaders said gunfire erupted overnight near the presidential palace.

President Mohamed Abdullahi Mohamed is under pressure as the Feb. 8 election date came and went without resolution of issues related to how the vote should be conducted in the Horn of Africa nation. Some Somalis are demanding that the president step down.

The unrest is ripe for exploitation by the Somalia-based al-Shabab extremist group, which has threatened to attack the polls.

James Swan, the U.S. special envoy for Somalia, told the U.N. Security Council that “al-Shabab continues to pose the primary threat to the security of the country … and the beginning of 2021 has seen a new peak in the number of attacks,” including using improvised explosive devices carried by vehicles and people targeting government officials and key figures in Somali society.

“This is a tense moment in Somalia, as both rhetoric and actions are escalating,” he said. “We are seeing increased brinkmanship, pressure tactics, and tests of strength that can only heighten risks.”

Rita Laranjinha, managing director of the European Union´s External Action Service, warned that the failure to reach agreement on how to conduct elections “is a risk for Somalia, and if not addressed urgently will become a risk to regional security.”

Francisco Caetano Madeira, head of the African Union Mission in Somalia, called for “restraint from acts that can escalate tension and lead to further violence.”

The U.N., AU, EU, and other council members urged Somalia´s feuding parties to respect the Sept. 17, 2020 agreement by the federal government and leaders of the country´s states on holding elections.

The AU´s Madeira stressed that elections are “an absolute necessity” to renew and reaffirm “peoples´ trust and confidence in their leaders.” Somalia´s leaders should return to the negotiating table “guided by constructiveness, compromise and consensus,” he said.

The EU´s Laranjinha warned that “if Somalia´s leaders fail to come to political arrangements, al-Shabab and other spoilers will benefit” and “the gains made to move Somalia to debt relief also risk being squandered.”

“Time is therefore now for us, together, to reinforce our commitment towards a more comprehensive political and stabilization approach,” she said. “Only this can be a meaningful basis for allowing space for Somalia to lead its security post-2021 and for the African Union, the neighbors and partners to continue providing support.”

American envoy Mills said the Biden administration believes a technical committee´s recommendations on Feb. 16 provide “a clear framework for resolving the impasse” and should be implemented “as a matter of urgency.”

“Let me be clear: partial, parallel, or alternative election processes, including prolonged interim governing arrangements, would only further increase prospects for instability and be a major setback for Somalia,” Mills warned.

U.N. envoy Swan said he remains convinced that the Sept. 17, 2020 agreement offers the best option to proceed quickly to an electoral process for selecting members of parliament, senators and the president.

“This would minimize further delays in Somalia´s four-year transition cycle, ensure that the chosen national leaders have a clear mandate and are widely accepted, and allow the country to turn its attention from the current political competition to other vital national priorities in the interest of its people,” he said.

Swan stressed that the humanitarian situation in Somalia “remains dire,” with an estimated 5.9 million people needing aid, up from 5.2 million last year.