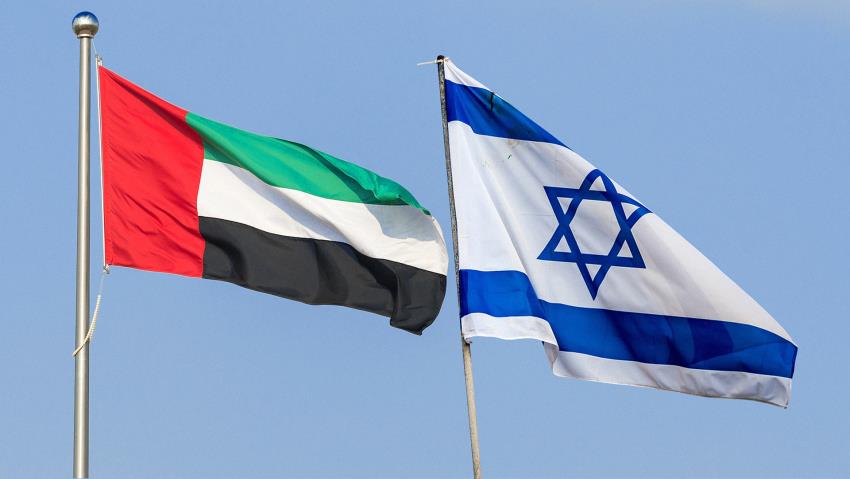 A crisis erupted between the Palestinian Authority (PA) and the UAE, in light of the PA’s rejection of a medical aid shipment offered by Emirati authorities to the Palestinian Ministry of Health, which travelled through Israel’s Ben Gurion airport.

The PA stated that the reason behind its refusal to accept the gift was the UAE’s failure to coordinate with the local authorities about the shipment, saying that it was informed about the medical aid via the Israeli media.

It warned that the UAE is taking advantage of the coronavirus pandemic and the deteriorating health situation in Palestine to pave the way for normalisation with Israel. However, Emirati authorities rejected the PA’s justifications, and launched a campaign against it through a series of tweets by Emirati officials close to the ruling family, attacking the position of the PA and President Abbas, while praising Mohammed Dahlan, Abbas’ enemy who is exiled in the UAE.

The PA’s rejection of Emirati aid may be related to the presence of Dahlan in the Emirates, as he might have played a role in shipping this aid. Palestinians prefer aid supplies to be sent through Jordan, not of Israel.

At a time when the PA’s relations with the UAE are strained, Emirati-Israeli ties are witnessing a growing rapprochement, culminating in the article written by the Emirati Ambassador to Washington Yousef Al-Otaiba for Yedioth Ahronoth.

Al-Otaiba’s article is an epitome of the climax of the Israeli-UAE rapprochement. It is true that he focused on the annexation plan, but he deliberately omitted talking about thousands of Israeli tourists who visited his country, hundreds of mutual commercial projects and dozens of Israeli delegations that attended competitions and conferences in the Emirates.

As Tel Aviv’s relations with Abu Dhabi are witnessing an unprecedented development, the possibility of opening an Israeli embassy in the UAE will be very likely in the future. The UAE has crossed many red lines through its leaders’ public outreach to Israel, especially through the tweets of UAE officials.

Th Tel Aviv took place this time, as the UAE took the initiative to establish contacts with Israel. Thus, Emirati Foreign Minister Abdullah Bin Zayed, the younger brother of the Crown Prince Mohammed Bin Zayed tweeted a congratulatory message to Jews during the Hanukkah festival and his tweet garnered 4,600 likes.

Bin Zayed’s tweet did not surprise anyone in Israel. Indeed, Prime Minister Benjamin Netanyahu considered it a result of the tireless efforts he is making to establish ties with Gulf countries. As for former Foreign Minister, Israel Katz, he thanked his Emirati counterpart, and called for the development of economic relations between Israel and the Gulf states.

One can easily read between the lines of these personal exchanges between the leaders of the two countries. Several indications confirm that the UAE and Israel are seeking to normalise relations publicly.

In case further proof of these relations were needed, Israel’s Ministry of Foreign Affairs was due to hold a private wing at Dubai’s Expo 2020, this was delayed as a result of the coronavirus.

There are many common denominators between the two countries, as the UAE, like Israel, has close relations with the United States and Egypt, and these four countries participate in an alliance against Iran and armed jihadist organisations. It is true that we may not be witnessing a love story between Abu Dhabi and Tel Aviv any soon, but it is clear that the two parties are benefiting from those relations.

Israel will achieve significant gains from obtaining a pass to a gigantic market, and a public presence in the rich Gulf region. As for the leaders of the UAE, they will benefit from having a great regional power as an ally.

The Emirati plane landing in Ben Gurion airport is an indication of the warming relations between Tel Aviv and Abu Dhabi.

This confirms that although there are no formal diplomatic relations or aviation activities between Israel and the Emirates, mutual intelligence exchanges, which are usually conducted in secret, are developing significantly.