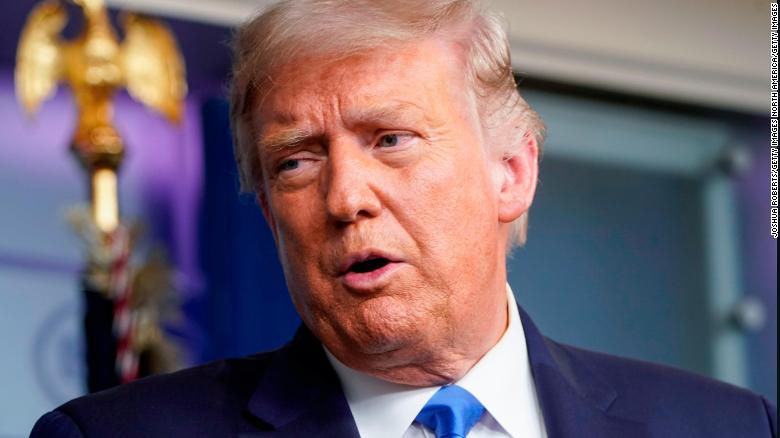 On Saturday, minutes after networks called the presidential election for Joe Biden, President Donald Trump issued a statement refusing to concede — and threatening to do everything in his power to fight the result in the courts.

“We all know why Joe Biden is rushing to falsely pose as the winner, and why his media allies are trying so hard to help him: They don’t want the truth to be exposed,” said the statement. “Legal votes decide who is president, not the news media. Beginning Monday, our campaign will start prosecuting our case in court to ensure election laws are fully upheld and the rightful winner is seated.”The statement concluded, “I will not rest until the American People have the honest vote count they deserve and that Democracy demands.” 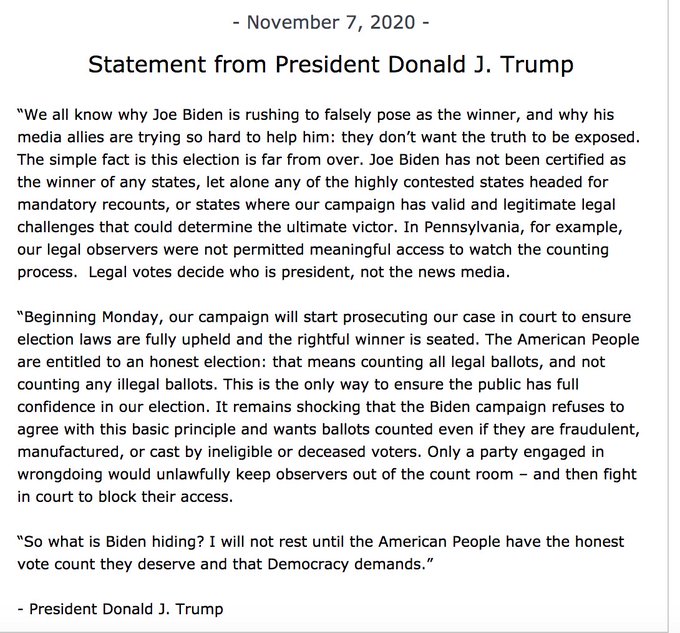