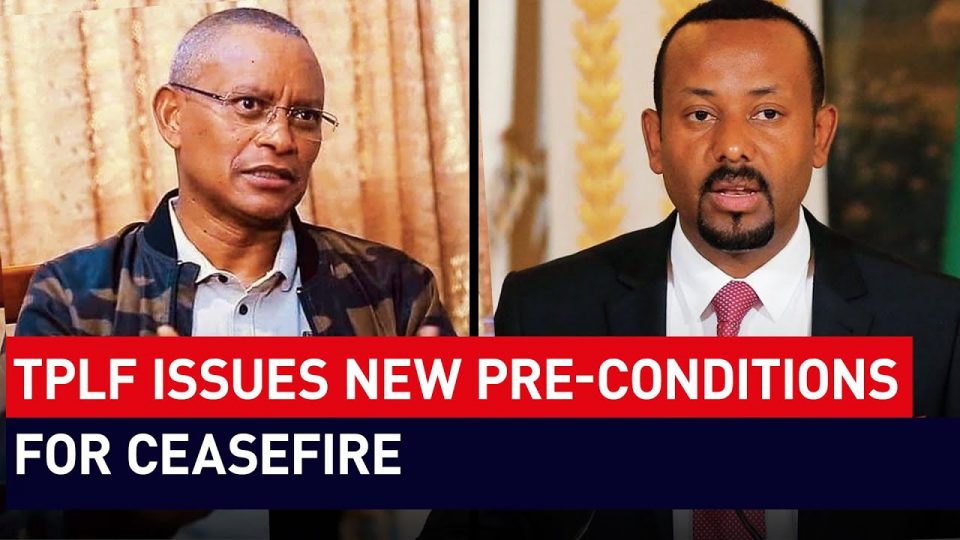 The Tigray Peoples Liberation Front (TPLF), which is fighting the Ethiopian national army and its allied regional forces, on Thursday issued a revised set of pre-conditions for a negotiated ceasefire with the Ethiopian government.

In a statement, TPLF said it recognises the fast changing political and military developments in the country and their ramifications on peace and security, and hence has found it necessary to amend the previous pre-conditions set.

“It has become increasingly obvious that the current regime has neither the legitimacy and the constitutional mandate nor the wherewithal to govern the country,” reads part of the statement.

“In light of this, we are calling for the commitment of a transitional arrangement and an all-inclusive political process that includes the major political actors in the country with a view to addressing the current political and constitutional problems afflicting the country,” TPLF said.

After the Ethiopian army last month withdrew from Mekelle, capital of Tigray region in the north, TPLF issued a range of demands in seven-point conditions.

But now, the renewed 5-point proposal first calls for immediate resumption of suspended services such as telecommunication, banking, health services, electricity, all forms of transportation and commerce. It also requires the media blockade in the region ceased with immediate effect.

The second and third conditions respectively call for the immediate release of Tigray’s budget for the upcoming fiscal year and for the establishment of multiple corridors that will allow provision of humanitarian assistance in Tigray.

Other conditions set include the release of political prisoners, including former members of the national army imprisoned on the basis of their identities and an end to ongoing mass arrests of ethnic-Tigrayans across the country.

TPLF further called for an immediate halt to what the armed group said was “a genocidal media campaign and venomous rhetoric of Ethiopian officials against Tigrayans.”

In order for a ceasefire agreement to be reached, TPLF now says that these conditions must be met by the PM Abiy Ahmed-led government.

“Acceptance of the terms as pre-conditions for talks about a negotiated ceasefire should be preceded by the implementation of the five terms and should be made public through international and domestic media outlets” it said.

There was no immediate reaction from Addis Ababa over the new set of conditions. However, Abiy’s spokesperson, Billene Seyoum, at a news conference on Wednesday said that it would be hard for the Ethiopian government to sit down for dialogue with a terror group.