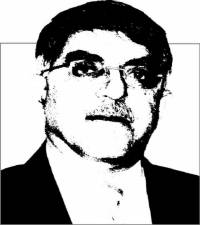 The Ottoman-German Alliance’s defeat in WW1 and the consequent abolition of the Ottoman Caliphate caused the then Muslim Ummah to lose its centre of gravity, its cohesiveness and direction. The emergence of Israel in Palestine, consequent to the Balfour Declaration, further compounded its challenges.

Together, these two events laid the foundation for the Ummah’s eventual demise!

US policy in the Greater Middle East Region (GMER) aimed at preserving Israel as the sole, unchallenged hegemonic power of the region. To that end it isolated, divided, weakened and eliminated all possible threats to Israel’s territorial integrity and sovereignty. The US used its military, economic and diplomatic power to coerce the Arabs into eventually forsaking the Palestinians and accepting Israel as a fait accompli. Simultaneously, it abetted Israel’s annexation of Palestinian and Arab lands in the Sinai Desert, on the West Bank, the Golan Heights and in Jerusalem.

The US’ two-pronged approach was successful. One, in a series of wars between Israel and its neighbours it successfully destroyed whatever little military, economic, political and/or diplomatic clout the Muslim states in the GMER ever had. Two, it engineered the division of the Ummah on political, ethnic and sectarian lines. Practically, the Persian Gulf now divides the GMER into Arab and non-Arab and Sunni and Shiite regions. This division obviates all joint or synergised existentialist threats to Israel. The Abraham Accord between the UAE and Israel is the latest step in that direction.

This division of the Ummah has been epitomised by the gradual albeit emphatic denigration of the two prime issues which could have been the rallying points to unite the Muslim Ummah—Palestine and Kashmir.

The gradual diminution of the Palestine issue from a global to a non-descript terrorism issue between Israel and Hamas-Hezbollah only, is a damning indictment of the pathetic incompetence and indifference of the Muslim Ummah and the shrewdness of the US-Israel Combine. A furtherance of the Abraham Accord will isolate the Palestinians even more. Bereft of Arab support they will be subsumed into Israel. The fanciful two-state solution will remain in the air. However, regardless of how many Arab states sign up for the Abraham Accord or similar agreements, there will be no peace in the GMER till the Palestinians get their own state/homeland.

Similarly, despite Pakistan’s otherwise successful attempts at internationalising the Kashmir issue at the UN/UNSC and other international fora and major capitals of the world, it has singularly failed to get the OIC to back its efforts. The Arabs have not been too forthcoming on this issue. They have enormous economic interests in India and are averse to doing anything that may jeopardise their investments there. However inexplicably, why is the leverage only being exercised by India or in its favour by the Arabs? Why cannot the Arabs conversely use their economic investments in India, its expatriate workers, the remittances they send back home in the billions of dollars as leverage to support Muslim causes like the Kashmiris Right to Self Determination? Is it then a matter of choice and preference? Or is it a part of the larger US design to prop India up for its eventual (sacrificial!) showdown with China? Arab states do not see Kashmir as an issue of the Ummah but a bilateral one between India and Pakistan. Pakistan disagrees. They have thus belittled the Kashmir issue (a la Palestine), the Kashmiris epic struggle and callously denied Pakistan the opportunity to use the OIC’s platform to project what is so obviously a very sensitive issue for it and the Ummah!

Thus, the two cardinal issues that beset the Muslim Ummah now stand demeaned, debased, discredited and denigrated courtesy the divisive policies of the Arabs. This has now become a case of diverging/clashing interests between the Arabs and the rest of the Ummah. The split is already there, all it needs is an event to practically validate it. It is but a function of time now. The more the Arabs incline towards the US-Israeli-India Combine that much more the non-Arab part of the Ummah will move away from them and that much more will the Ummah become divided, weakened and prone to destruction, piecemeal. If the Arab subjugation to the US-Israel-India Combine continues, then inevitably, the Ummah will resist going into involuntary servitude too. The Ummah’s leadership will consequently shift away from them to the non-Arabs. This will be an (un)intended albeit natural outcome of the Ummah’s division achieved by the US-Israeli-India Combine.

The first warning signs of a change in leadership came about when Turkey, Malaysia, Iran and Pakistan decided to get together at Kuala Lumpur. Pakistan was unceremoniously coerced by the KSA and the UAE to abstain— much to its chagrin and obvious humiliation. It hurt Pakistani sensibilities massively and would have affected the unfettered goodwill these Arabs enjoy in Pakistan, equally. This chasm between the Arabs and Pakistan—the only substantial nuclear and military power of the Muslim Ummah—bodes ill for both. And who does it benefit? Together they could still form a very potent and formidable team.

As the Ummah splits up the Arabs will find themselves isolated and reduced to the ranks of mere appeasing lackeys and sidekicks of the US-Israel-India Combine. They will thereafter be used (US’ Offshore Balancing strategy) to threaten and neutralise Iran and ominously even venture beyond. Eastwards?

The Arabs must re-assess the emerging strategic environment, recognise the deep-rooted machinations of the US-Israel-India Combine and sift friend from foe. They must decide and choose sagaciously. The Ummah’s leadership cannot be selective in its approach. It has to be more pragmatic, large hearted, all-encompassing and accommodating. Leadership of the Ummah is neither an ordained nor a sacrosanct right and is clearly at stake here. It must become more sensitive to the interests and concerns of the rest of the Ummah; lest it be left with next to nothing to lead!

It took close to a century for the West to destroy the Caliphate and subsequently the Ummah. Ironically, the Muslims themselves have hastened the process! The writer is a retired brigadier, a former defence advisor to Australia and New Zealand and secretary general of Pakistan Forum for Security and Development.